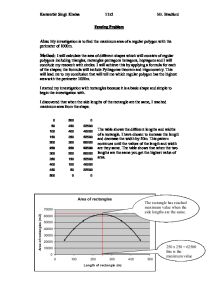 Aim: My investigation is to find the maximum area of a regular polygon with the perimeter of 1000m.

Method: I will calculate the area of different shapes which will consists of regular polygons including triangles, rectangles pentagons hexagons, heptagons and I will conclude my research with circles. I will achieve this by applying a formula for each of the shapes; the formula will include Pythagoras theorem and trigonometry. This will lead me to my conclusion that will tell me which regular polygon has the highest area with the perimeter 1000m.

I discovered that when the side lengths of the rectangle are the same, I reached maximum area from the shape. 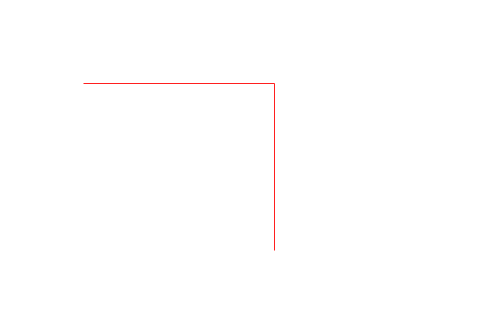 This graph shows all the possible information needed to figure out the maximum area of a rectangle with a 1000m perimeter. The graph shows a curve which represents the area of a given rectangle. 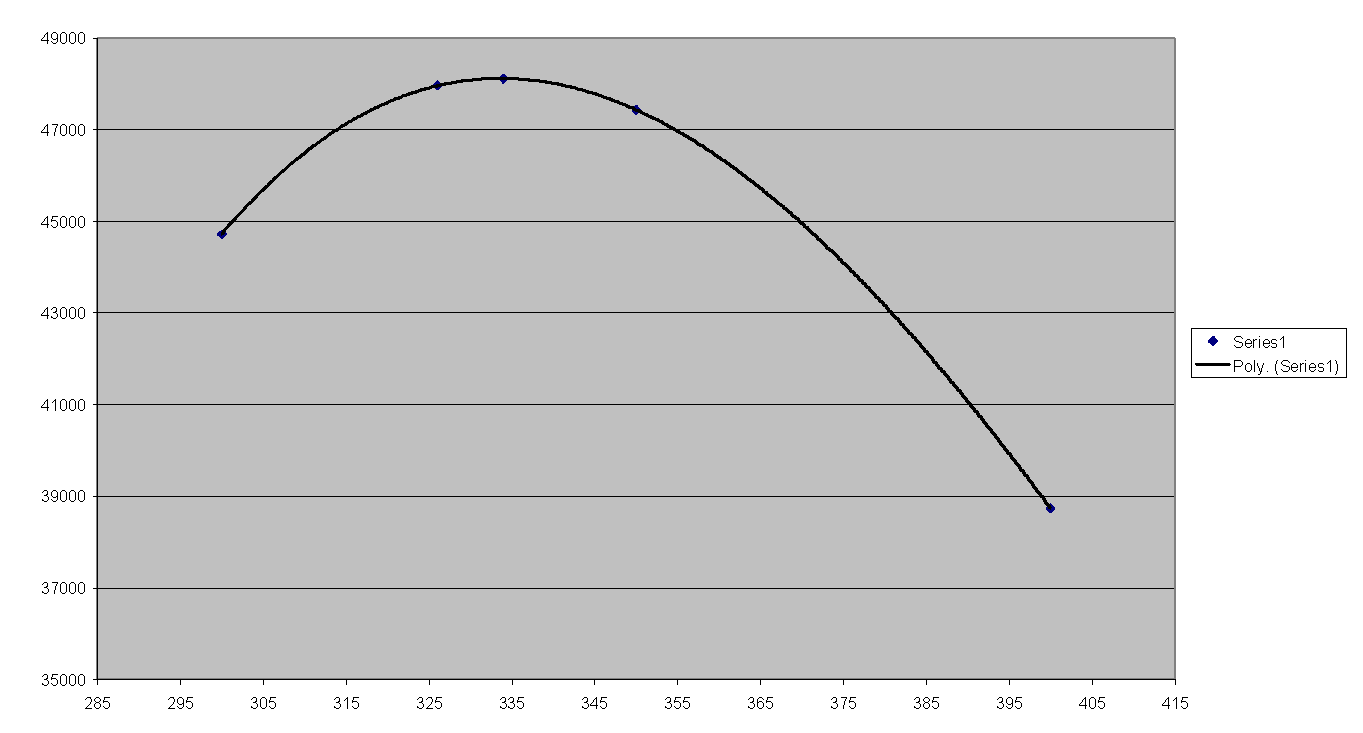 The graph shows the side lengths in relation to the area of the scalene. The graph shows that as the side lengths get closer together, the area increases. I have completed my research on scalene triangles; I will start a new investigation on pentagons. In this investigation I am going to be using trigonometry, to find the area of the whole pentagon, I am going to split it up into 5 smaller triangles. The perimeter of the pentagon will once again be 1000m. 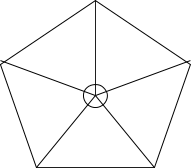 The area of the whole pentagon is 5T.

The Circle in the middle of the pentagon represents all of

360º of the angles in the middle of the pentagon.

angle in the middle for one of the triangles is 72º.

Now that I have the angle for the triangle I have to work out the base length of the triangle.

Sin O is roughly the same as theta O

Tan O is roughly the same as theta.

Now the radian formula is similar to the formula of the ‘n’ sided polygon.

As you make the ‘n’ larger the angle gets smaller, as it approaches 0 it makes the angle smaller.

As the angle gets smaller, the approximation will be much clearer and much more accurate.

I have now come to the end of my research; I have found out that the maximum area is achieved from a circle. All the research on the number of sides that give the maximum showed that the maximum area the circle with a perimeter 1000m is 79577.4715m². As the numbers of sides on a shape begin to increase, the shapes become more and more circular. So in conclusion the shape that gives you the highest area is the circle and the more sides you put on a shape the more circle like they become. 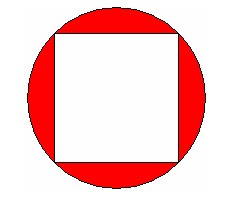 This is a square in a circle and the edges of the square are touching the circle. If I added more sides to the square the area filled by the shape would increase and would look more like a circle. 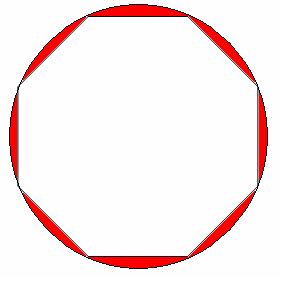 This is an octagon in a circle and all of the edges are touching the circle. As you can see the octagon is more circular looking and the space left between the octagon and the circle has decreased. This means that the more sides a shape has the more space they fill in a circle.