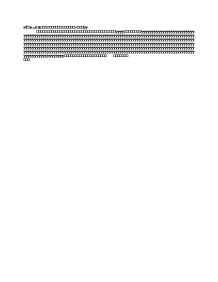 How far is it true to say that the work of solicitors and barristers has changed so much that it is no longer necessary for there to be two separate professions?

It was thought that fusion between the two professions would just gradually happen, or that the Bar might just die out with solicitors having the right of first access to client and also being able to perform the advocacy as well. Another theory was that the Bar would survive but in a lesser form i.e. Barristers in commercial fields might survive. This was a possibility as fewer solicitors specialised in those areas, but, in recent years more solicitors from big city firms have begun to specialise in this area too and therefore be a big threat to barristers as these firms offer large salaries and attract the graduates with the brighter futures therefore the Bar s reputation as the more prestigious with the best expertise would gradually fade. Again some thought that barristers with common law practices such as personaCHNKWKS PøÿÿÿÿTEXTTEXTr=FDPPFDPP@FDPCFDPCBSTSHSTSHDhSTSHSTSHhE¢SYIDSYID

N"How far is it true to say that the work of solicitors and barristers has changed so much that it is no longer necessary for there to be two separate professions?

It seems that solicitors and barristers currently have the power to narrow the differences between the professions further with the new rules and Acts, solicitors in particular. Yet solicitor do not seem keen on doing advocacy work and barristers are not welcoming them into it, and if this is the way that those who practice the law at current times want it then it should be left alone. As times change, those coming into the legal profession may take advantage of the opportunities to practice law from both angles granted to them by the higher powers and it will gradually becomes acceptable and the legal professions will fuse in a natural way. But it would not be fair if the current practising solicitors and barristers are forced into altering their profession because the legal system says so.