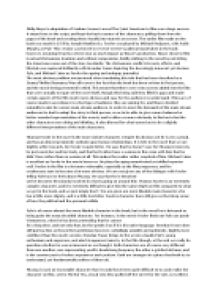 The Quiet American- Film and Novel

﻿Philip Noyce's adaptation of Graham Greene's novel The Quiet American to film was a large success. It stayed true to the script, and kept the basic essence of the characters; pulling them from the pages of the book and creating them visually into marvels on screen. The earlier film made on the book was made in 1958 by Joseph Mankiewicz. Fowler was played by Michael Redgrave, with Audie Murphy as Pyle. This version was forced to reverse Greene's political stand taken in the book however, meaning it had no-where near as much impact as Noyce's production. Noyce chose to film in actual Vietnamese locations and without compromise, boldly sticking to the novel by not letting the Americans come out of the story too kindly. The Vietnamese conflict-its roots, effects, and lifestyle was captured brilliantly with Brendan Fraser depicting the deceivingly innocent yet devious Pyle, and Michael Caine as Fowler the ageing and unhappy journalist. The most obvious problem encountered when translating this tale that has been described as a Drama/Thriller/Romance/War all in one is the fact that the book has been written in first person, and the movie being presented in third. ...read more.

Fowler in the film is a lot more vulnerable, especially as the film progresses, and his weaknesses start to become a lot more obvious. We are not given any of the dialogue with Fowler telling Pyle how he feels about Phuong. He says that he is detached yet he becomes ferociously involved in what is going on around him. Thomas Fowler is an extremely complex character, and it is extremely difficult to give him the same depth on film compared to what we get in the book, and we just simply don't. We are given are more likeable main character who has a little more dignity, and is a little less bitter Fowlers character does still give us that deep sense of how the political and the personal collide Pyle is of course almost the more likeable character in the book, but in the novel he is betrayed as being quite the nasty deceitful character. For instance, in the movie Fowler finds out Pyle can speak Vietnamese, when he has been pretending that he cannot for a long time, and not only that, but he speaks it as if it is his native language. ...read more.

Pyle's actions are defined by his falling in love with a woman who he see's as a representation of all Vietnamese- an innocent face he wants to save yet he starts to destroy the very people he claims to save. Fowler's fear of losing Phuong is what acts as a catalyst for his actions also and all these aspects were seen in the play, even if Pyle came out of the story in worse light than Fowler. We are presented in the film a war-stricken country that is still intensely beautiful; the Mekong river, the normality of life in Saigon even as grenades go off, the country side, all being displayed to us in a way that usually isn't seen in films about Vietnam's conflict. The beauty of the country that the film manages to capture manages to exceed the beauty described in the book. The movie on a whole was more palatable than the book. "They say you come to Vietnam, and learn a lot in a few minutes. The rest has got to be lived". ...read more.