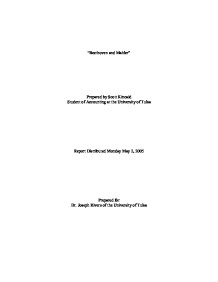 Some of these cities were: * Manchester * Moscow * Budapest * Brussels * Milan * Prague The integration of music in these cities made the compositions of Beethoven and other composers much more accessible to the public, which greatly aided in the expansion of Beethoven popularity and his revolutionary music style. What also helped Beethoven's influence over the musical world was that Austria, Russian and Germany were considered the world's superpowers at the time. Each of these countries represented freedom, a better quality of life, and promoted individualism unlike the rest of the world at the time. History and popularity has always been written by the ruling and with the world's superpowers celebrating Beethoven's musical ideas resulted in a huge boost of fame and influence of Beethoven's new musical style. Mahler inspired by Beethoven Gustav Mahler is considered a great musical composer, but a musical composer who used others ideas and made them better. In 1895 Gustav Mahler was a struggling composer and a world famous conductor who was inspired to take the musical compositions of Beethoven and improve on them. During the 1870's to the 1890's large concert halls were playing Beethoven's works, but not to the satisfaction of Gustav Mahler. According to Mahler, the concert halls distorted the sounds of single instruments in favor of a late romantic mash of instruments, and was not satisfied with the original score. ...read more.

After listening to some of Mahler's compositions, there is an obvious connection and passion in his musical voice that can be compared to Beethoven. This voice is apparently obvious in the repetition of Mahler's 5th Symphony. This repetition and emotion combined with Beethoven's complicated passages brings a enjoyable different sound to Beethoven's musical ideas. Mahler's 5th Symphony is one that is most similar is structure, style and musical content to Beethoven's compositional ideas of tight construction and emotion. The first movement is upbeat and optimistic followed by dark and ominous tones in the next two movements. The fourth movement is very expressive and filled with heartache, which some believe to be representative of Mahler's feelings from a love letter he had written at the time. CONCLUSION All of his works for the piano could be considered revolutionary at the time. His early piano sonatas often had a forceful, bold quality, which inevitably led to the slower movements of Beethoven's life. Beethoven's drive and passion for his work and performances were fueled for his desire to be remembered for centuries past his time. The fact that Beethoven realized his artistic ambitions in spite of his hearing impairment added to the fascination and inspiration of his life for us as the students to his incredible life and music left behind. Beethoven's artistic achievements generated a long shadow over the 19th century and 20th century, having set a standard against which today's composers measure their work. ...read more.