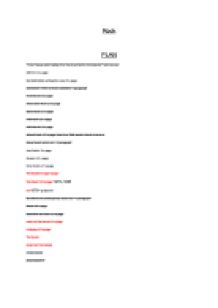 Rock And Roll - analysis of the different styles of Rock.

ï»¿Rock PLAN “I don’t know which will go first- Rock and Roll or Christianity”, John Lennon INRTO-1/2 a page BACKGROUND-setting the scene ½ a page DIFFERENT TYPES OF ROCK GENERES- 1 paragraph Punk Rock-1/2 a page Alternative Rock-1/2 a page Blues Rock-1/3 a page Folk Rock-1/3 a page Indie Rock-1/2 a page Wizard Rock-1/3 a page base it on TMB wands chords structure Many bands artists etc – 1 paragraph Sex Pistols- ½ a page Queen-1/2 a page Dire Straits-1/3 a page The Beatles-1 page a page The Clash -1/2 a page 1976–1986 U2 1976–present But there are contemporary artists etc – 1 paragraph Muse-1/3 a page Mumford and Sons-1/3 a page Panic At The Disco-1/3 a page Coldplay-1/2 a page The Kooks Noah And The Whale CONCLUSION BIBLIOGRAPHY There are many different genres of Rock music. Each sub-genre of Rock music has an opulent history; each sub-genre is listened to as much as traditional Rock and Roll music, if not more so. We have chosen six sub-genres of Rock music to explore through our essay. It was very hard to pick these genres as there are so many fantastic Rock genres, with different beats, pitches and tones. Traditional Rock music is conventionally built on a foundation of simple un-syncopated rhythms; this is usually in a 4 by 4 meter, with a repetitive snare drum back beat on beats two and four. The melodies that Rock music consists of are a resultant from older musical modes, including the Dorian mode and the Mixolydian mode; however the most well-known modes are the major and minor modes. The harmonies range from the common trio, to parallel fourths and fifths and inharmonious movements. Punk Rock Punk Rock is a sub-genre of Rock Music that developed between 1974 and 1976 in the United States, the United Kingdom, and Australia. It rooted from garage rock and traditional Punk Music. ...read more.

To achieve a greater weight and depth, the bass usually has distortion and other effects applied to it; this allows the guitar to serve as counterfoil to the main chord progression. The guitar often plays the higher notes or electronic sounds in Muse?s songs. Both the bass and the guitar play in unison parts, for example the chorus on their song ?Hysteria? and the main riff of their song ?Dead Star?. When the guitar and the bass play in harmony it adds emphasis to specific melodies and riffs. Muse have said in many interviews that they base themselves on the Rock band, Queen, this may be why people who listen to Queen?s music also enjoy Muse?s music. Muse are also influenced by Jimi Hendrix and Tom Morello, the guitar sections in their pieces have a very ?electric? sound and Muse have copied this in a way that still makes their music distinctive and unique. Other current Rock bands and artists include: Panic At The Disco (2004-Present) Coldplay (1996-Present) Noah And The Whale (2006?Present) The Kooks (2002-Present) A large proportion of our generation is actually very disdainful of Rock ?n? Roll music as they believe it to be ?dead?. When we researched this idea, we came across many debates across the internet, which discussed the topic and to our surprise many blogs and articles are very scornful towards such an important aspect to the music in todays? society. The idea that Rock and Roll music is going to slowly fade out is simply preposterous. There are many different genres or Rock music that people listen to all the time today, sometimes without even knowing that it?s Rock. During an interview, John Lennon was quoted saying ?I don?t know which will go first- Rock and Roll or Christianity.? We believe that is he absolutely correct; Rock and Roll will live in for a long time. John Lennon as encapsulated what the world should be thinking in five words. ...read more.