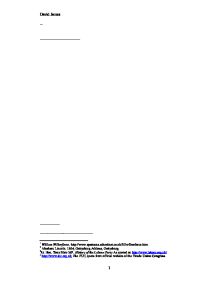 What is the role of interest groups in contemporary British politics?

What is the role of interest groups in contemporary British politics? Interest groups have been a part of British Politics for many years, and they are as important today as when they first started appearing with the likes of William Wilberforce and his efforts to eliminate slavery in the Abolition Society of 17831. They widely differ from political parties, and are nearly always concerned with just one key point. Britain lives as part of a democracy, and freedom of speech, and the freedom to voice ones concern is an essential part of that. "Government of the people, by the people and for the people"2, Abraham Lincoln's words still ring clear as one of the fundamental values of democracy. It is the people who run country. Clearly however in a democracy such as Britain with 60 million inhabitants, the ability to be involved in a direct form of politics is often near impossible. Through a general election we have the ability to elect candidates, a device where "people choose representatives to hold office and carry out particular functions" (Bill Jones (ed.) 2001, p144), and in a few very seldom circumstances we can vote on one key issue in a referendum. But these prove to be very indirect methods of the individual having any influence over national politics. That is why Interests groups become so important. They aim to bring forward key issues; they will often have no wish to be in government at all, but merely a pressure organisation that can advance a shared interest on parliament itself. ...read more.

As I have just mentioned the greater density of members the better chances of putting your message through and serving ones members in the most efficient way. "A group representing practically all its possible members (e.g. The British Medical Association (...)) is in a stronger position than a trade union with a 50 percent density." (Budge, Crewe, McKay, Newton, (2001) p 282) But the BMA is in a privileged position; teachers belonging to the NUT for example are competing with other unions such as the ATL6. Their role becomes more complicated because if they are in any disagreement over a key issue, the government may find it difficult to take a stance on one unions ground. If the groups are to be successful then it is imperative they agree, otherwise their role, as an interest group is jeopardised. As we can see, trade unions have over the past century, not only been the major interest group concerning British Politics, but also the one holding most potential political power, in their association with the Labour party. But many groups try to be as un-political as they can. They require support from government to further their cause, and if they are supporting a Conservative party who at the moment are not in power then they would struggle to affect policy making and new legislation passed by a Labour government. This is the main difference between political parties and pressure groups, one strives for governmental power the other only accesses a political stance when it has to. ...read more.

Reiterating Abraham Lincoln's "Government of the people, by the people and for the people", if people are to be concerned in politics then an interest group is an excellent way in which they can be involved. "As such the people cannot be responsible for running the country, of holding positive power" (Barry Holden, 1993, p101), i.e. direct individual access to dictate politics is difficult in a nation that has 60 million residents, but an Interest group can give them that access, be it on just one issue. "Groups effectively articulate the specific demands of their members and, in the model, all citizens are at least potentially members of pressure groups, or are catered for by them" (Barry Holden, 1993, p110) Ultimately interest groups are there to influence government not replace it; they are there to promote the interest of their members on a national level. It is often when the groups become incohesive, representing a minority of the public, that problems occur. Mrs Thatcher was the one of the first to exclude certain groups "claiming they represented their own narrow interests and not the national interests" (Budge, Crewe, McKay, Newton, (2001) pp286-7), the role of the interest groups is diminished when these smaller groups overwhelm government. "Group Politics in Britain has produced hyper-pluralism, ungovernability and overload". (Budge, Crewe, McKay, Newton, (2001) p287). Influence is crucial, which is why large unions such as the TUC will always have support in government. They are too big an organisation to upset, representing so much of Britain's industry. Not every group will have, or ever have governmental influence but Pressure groups enhance democracy and they play a vital role in contemporary British Politics. ...read more.