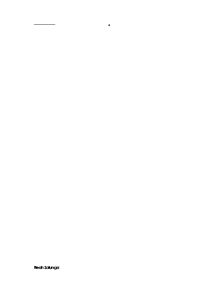 Men and Women are not equal- Discuss

Men and Women are not equal- Discuss I think that men and women are now equal because women can handle a country, for example a woman as a president. Many governments have both male and female representatives. Because of the change, women have more opportunities to work for their families; many companies nowadays are owned or managed by women. Unlike before, men are just the ones who have jobs because women stayed at home to take care of the family. A lot of progress has been made since the 1960's. Television series now portray women as successful career makers. Men now share in the raising of children and household responsibilities. Many important laws have been passed to ensure equality in the workplace. In many places, a married couple can choose whether the man or the woman takes leave from work to look after the newly arrived baby. ...read more.

The bible says that men and women are equal. It is best prove by some quotes from the bible. "There is neither Greek nor Jew, slave nor free, male nor female, for you are all one in Christ". Galatians 3:28 Catholics said about the roles of men and women are equal. Their key point is, women are equal to men but are also wonderfully different. The issue of women being priest is still in there. Catholic attitudes said that, only men can become priest. This type of desire, based in power, seeks to challenged basic human rights, dignity and inherencies, and is not only contrary to be Christian, to be a servant. "The ministerial priesthood, according to Christ's plan, is an expression not of domination but of service" Pope John Paul II (letter to Priests) ...read more.

They also believe that Jesus chose men as his apostles because of the historical cultural setting at that time and not theological reason. There is a quote that proves this issue. "Men and women are equal; we have female ministers in my church and have done for a long time" Member of United Reform Church In conclusion, equality has become a reality. Let's just face the fact that women are often not given enough responsibility based on the possibility that they might become pregnant. The numbers of sexual harassment suits have increased over the past 10 years. A lot of things are randomly happening to each and every one of us; even a man or a woman suffers. What can we do is face the problem and treat ourselves equally. This can help each and every one of us and we will have a better world. ?? ?? ?? ?? Eleah Salunga ...read more.