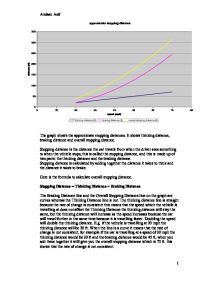 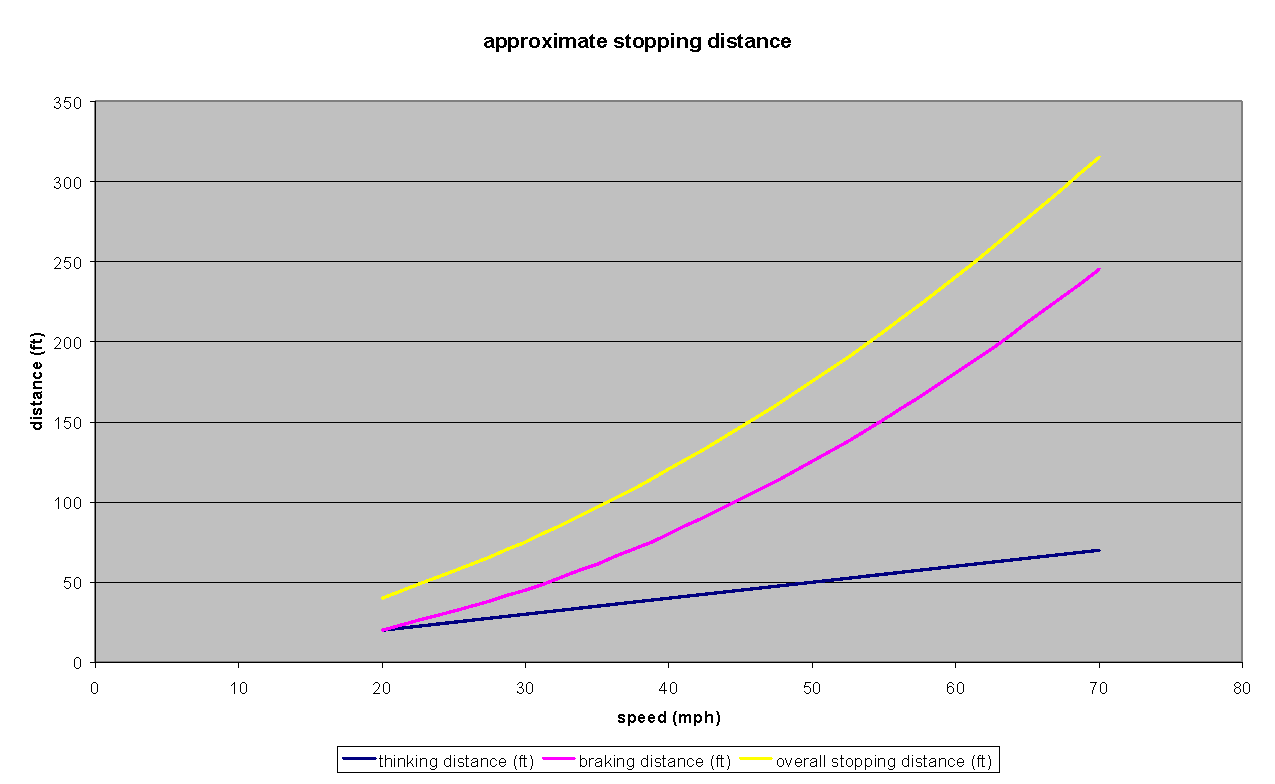 Here is the formula to calculate overall stopping distance.

This usually won’t mean they cannot drive at all, but they may need to see their doctor more often and they may possibly need to restrict driving.

Health also affects thinking distances because if the driver has a mental problem they will take a lot longer to react than an ordinary person, or if the driver has other health issues such as arthritis, that person will have slower reaction times.

Distractions such as mobile phones, in car navigation systems, adjusting the stereo and large roadside billboards increase thinking distances because while the driver is driving they will need to pay full attention to drive and safely control the vehicle and respond to any activity on the road or nearby. Distractions cause the driver to do the following, take their eyes off the road, take their mind off the road and take their hands off the steering wheel. When driving you may be distracted by more than just one distraction e.g. if you want to put the volume higher on the stereo you take your hand of the steering wheel to turn the button and you take your eyes off the road to look at what button you want to press. This will make the thinking distance of the driver increase massively which will make accidents occur more easily as they are not concentrating.

Opponents of tighter speed limits say that the measures can be counterproductive, forcing drivers to spend more time concentrating on surrounding the horizon for speed cameras and keeping an eye on their speedometers, rather than concentrating on the road in front of them.

A further danger of applying such strict limits in residential areas is that British drivers simply may not accept them or take them seriously, which could damage the credibility of speed limits more generally.

I t is just another way for the government and local authorities to collect fines from motorists.

By introducing unrealistic speed limits, drivers may be less inclines to obey limits as a whole.

A change in culture is needed to stop UK drivers from speeding. Simply lowering the limit will not tackle the problem, because many drivers love driving fast as they find it fun, there will need to be change in society about over speeding.