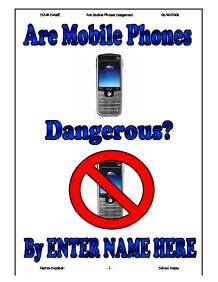 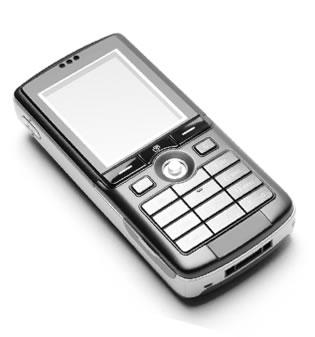 In this case study I am going to comment on the following things: -

The mobile phones that we use today are called cellular phones. That’s where the Americans gets cell phone. Theses are small hand held devices that are used to communicate with other people such as friends and family. They send out signals, which are sent to a satellite and then sent to the other person phone. There are different types of phones and these range from Nokia to Motorola. 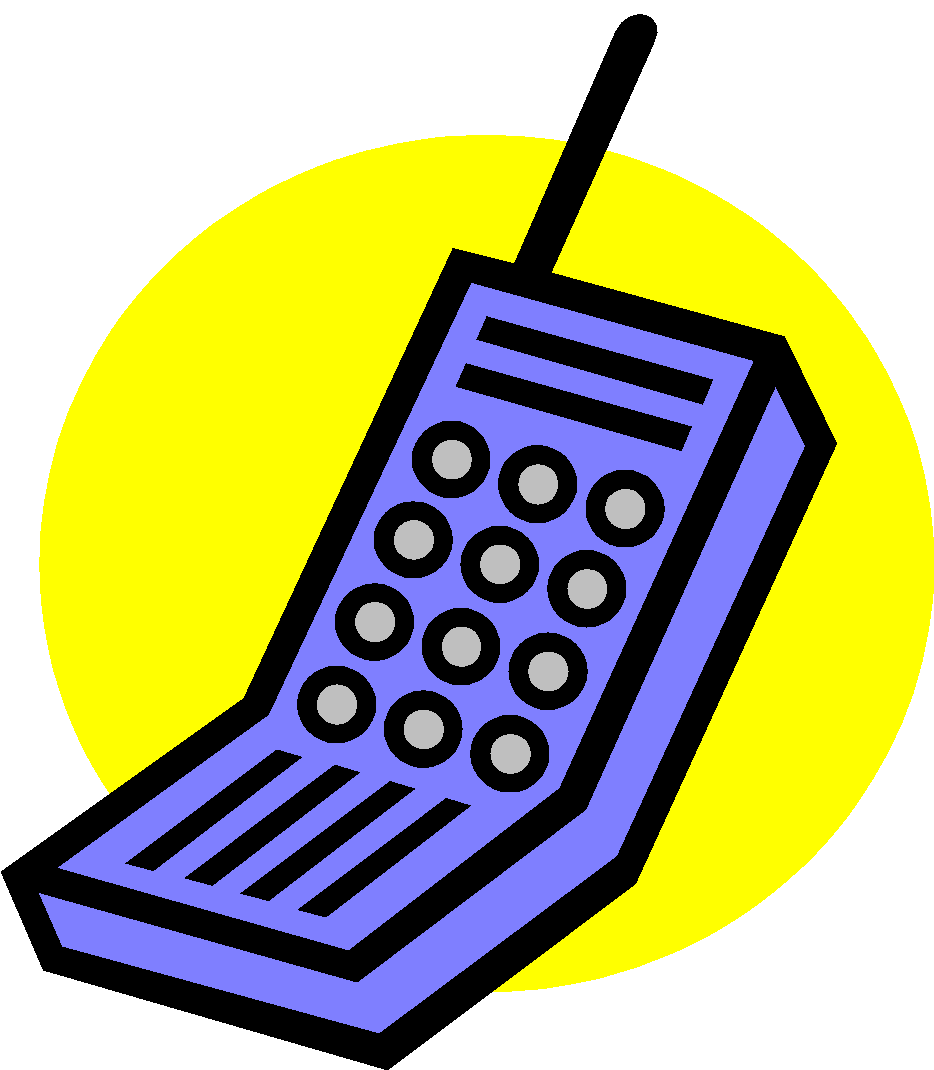 Many people believe that mobile phones cause cancer or fatal illnesses. But are these just coincident or do they really. Many scientist have searched and searched for the reasons and they think they have a conclusion, which I will be talking about a little bit later on. Scientists have recently announced that by holding a mobile phones to your ear you are causing a higher risk of ear tumours. 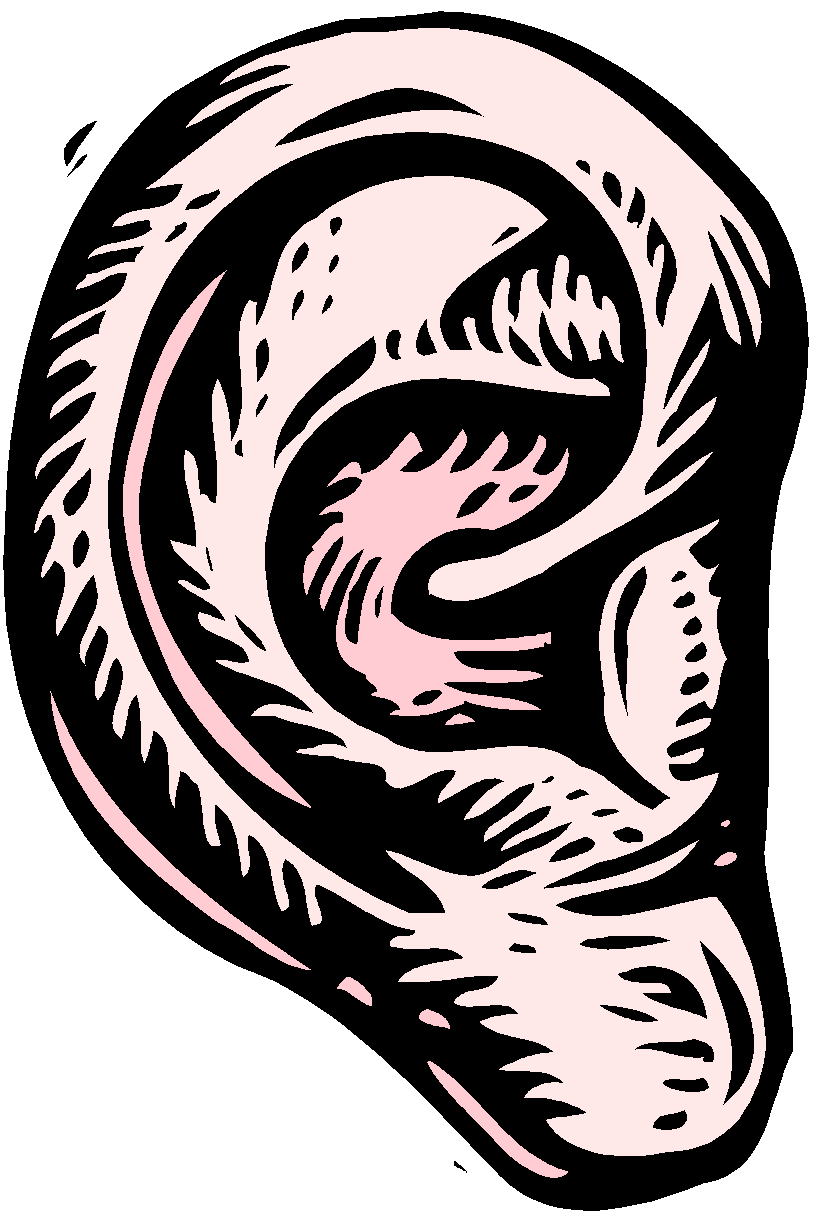 A study taken out by Sweden's Karolinska Institute found that the risk of ear tumours has raised by 4 times on the side of the head the phone is used. There was no increase in the risk on the other side of the head. This is giving an overall rise in risk of 2 times. I find this horrific and it makes you think twice about getting a mobile phone or using it. Wouldn’t you agree?

Many people are not bothered that the risk of cancers is rising and it’s all caused by using a mobile phone. Many people don’t bother because its not happened to them. Its only when its hits them, they want to do something about it. The real question is do mobile phones actually cause any danger you us as human beings.

Many people believe that mobile phones are dangerous because of the microwaves it gives off. I have drawn a diagram below to show what I mean.

In the table above mobile phones fall into the microwave section. None of the rays in the table above are visible. The closer they are to the visibility the less harmful. Gamma Rays are the most serious waves, which can burn your skin as it travels through the molecules not round them. Therefore the phones in the microwave section are not that close to the visibility side therefore could be dangerous.

Mobile phones are dangerous in many ways. For example it may not be the waves it gives off it may be the outcome of using them. So if you are driving and get distracted by the person, on the other end of the phone you well crash your car. Therefore this is not a direct attack from the phone, but its still a danger hazard. That is why the new law stated that it is illegal to talk on the phone while driving, unless your using hands free. 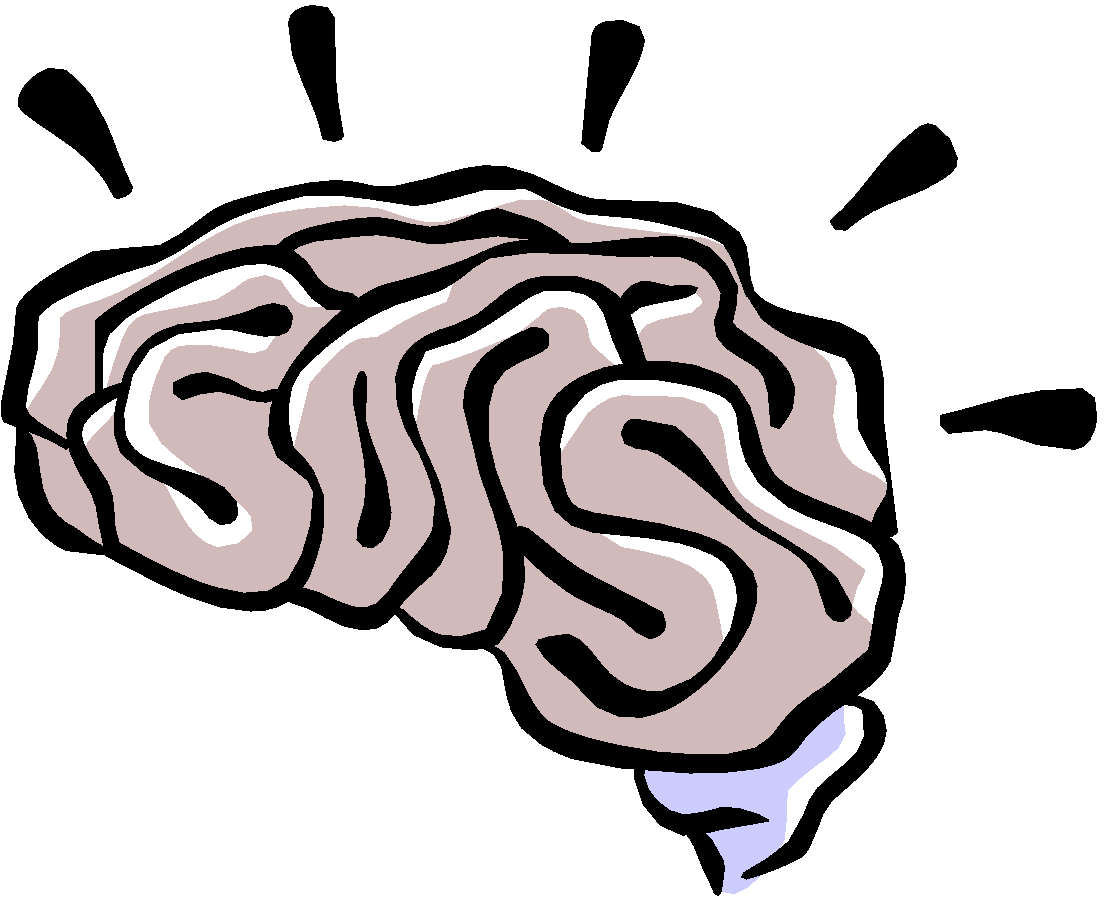 Another reason that mobile phones are dangerous is because the radio waves can directly affect your brain and heat it above the temperature that it should be. The temperature of your body including your brain is 76.5o. If the temperature does go up then it will have common side effects such as, Headaches, nausea etc.

Overall I have only found three key reasons that Mobile phones are dangerous. I have listed them below.

Theses were taken from the following link.

Mobile Phones are not dangerous

One of my main arguments that mobile phones are not dangerous is that they only give of a small amount of microwaves. The amount it gives off couldn’t even hurt a fly. Also the Aftenprosten has issued a joint statement stating that there was currently no evidence that mobile phone use was hazardous. Nevertheless, the group reiterated a range of safety measures that they recommended phone users, particularly children, should practice.

Medical director Tore Tynes at the Norwegian Radiation Protection Authority (NRPA) said there was no contradiction between warnings and a verdict that phones are currently safe, since possible biological effects cannot be ruled out.

"Given what we know today we can assume that the use of mobile phones does not involve a health risk. Meanwhile, it is important to emphasise that this is a relatively new problem and the last word has yet to be said. But as of today we find no reason to warn against using mobile phones," Tynes said.

Tynes said that recent reports indicating a connection between mobile use and, for example, cancer did not change an assessment based on examination of a wider range of existing literature and expert opinion.

A major study examining possible links between mobile phone use and cancer is currently being carried out by the World Health Organization, and the result of this project will be ready some time next year.

My Own Personal Opinion

Personally I don’t think that mobile phones are that dangerous. Scientists are making up all sorts of rubbish just so they can investigate. I believe this because they are running out of things to investigate. For Example, take chips, some scientists would argue that chips cause cancer. It’s the same things as this. Eventually everything will cause cancer. But in this case of mobile phones, its wireless, so there are some risks because of the waves. But in this case I highly doubt this will happen. Also I was reading in the books of sciences Mythbusters are doing an experiment on radiation from mobile phones, they had 1000 phones and placed them on an egg to see if they could raise the temperature of the egg. In short nothing happened to the egg. This is why I do not think that mobile phones are dangerous. However the way people use them can be, if you are not paying attention to driving because you are chatting on a phone then yes it is dangerous that way but otherwise I do not believe that my phone will EVER cook my brain in any way shape or form.

People’s quotes and my opinions on them

I have been recently reading information about other people’s views and I am normally against them as according to what I have been taught they are just spreading out false information. I have put people’s views in the yellow sticky notes and my views are down then side or under them.

I believe that this calculation is completely wrong. This is because if your break watts down it basically means joule per second, so power obviously equals work divided by time. Now my example for this would be if a mobile phone has a radiation of 3 watts in one hour, it would have a radiation of 6 watts in two hours. The power will not depend on time, since the work will increase with time, and as I already have stated, power means work divided by time. So power from the mobile phone will be constant. This means if a mobile phone has a radiation of 3W in one hour, it will also have a radiation of 3W in one year! When I was reading about this I found it confusing, but I believe it's true. You can't measure watts in time. You must measure the total amount of energy delivered. So with that, in ten years, the total radiation power will still be 3 watts. 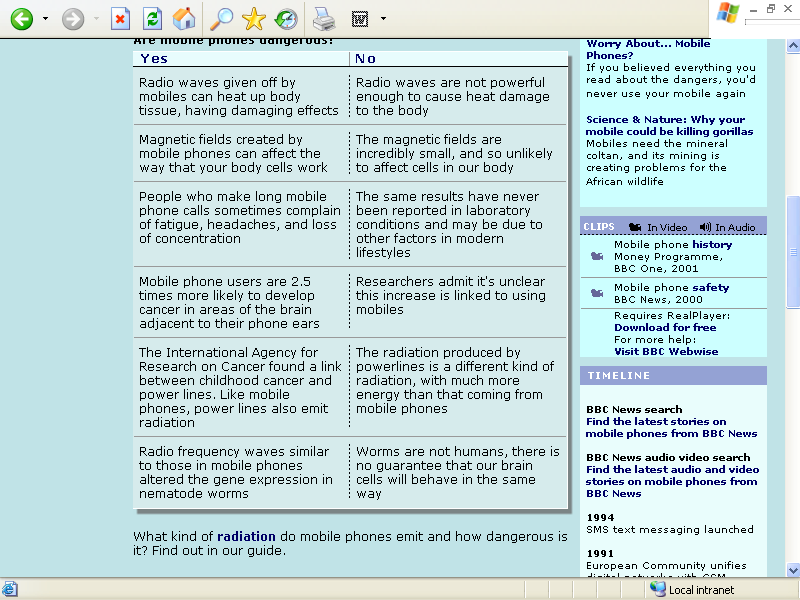 Overall I believe that mobile phones do have potential dangers but not enough to start frying brains or causing cancers.

Five ways to minimize the risks of the mobile phone: