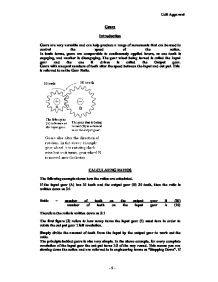 Gears are very versatile and can help produce a range of movements that can be used to control the speed of the action.
In basic terms, gears are comparable to continuously applied levers, as one tooth is engaging, and another is disengaging. The gear wheel being turned is called the Input gear and the one it drives is called the Output gear.
Gears with unequal numbers of teeth alter the speed between the input and out put. This is referred to as the Gear Ratio. 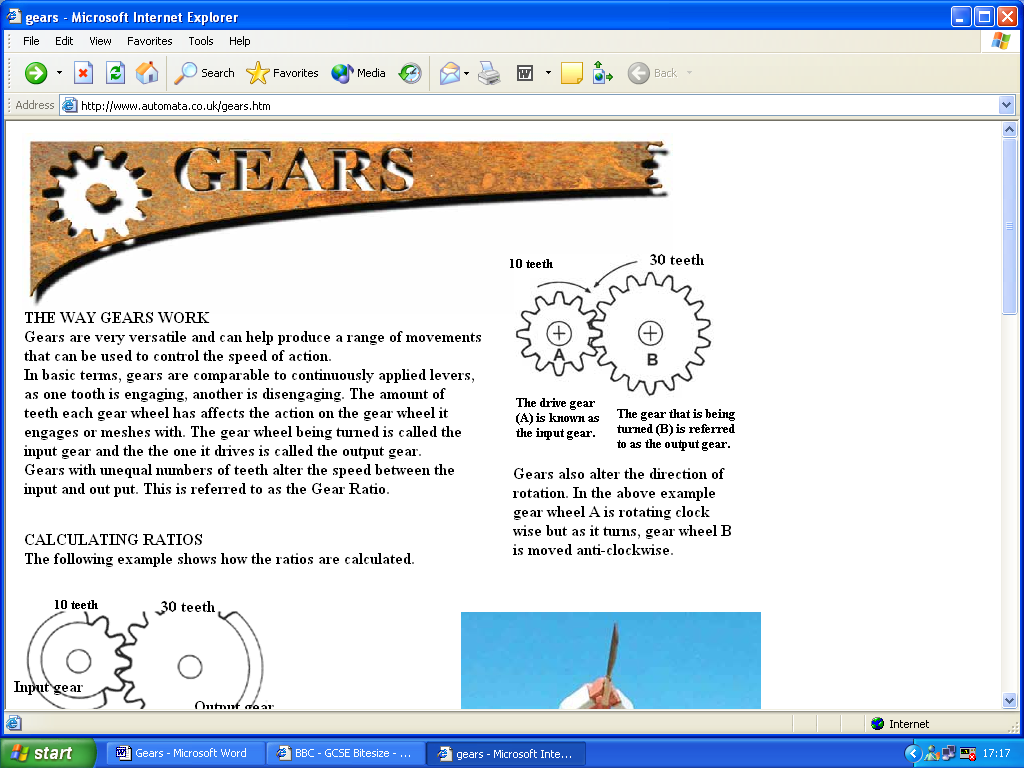 The following example shows how the ratios are calculated.

Secondly / Lastly, I had counted the number of times the smaller gear system rotates within the larger gear system, which turns Anti- Clockwise once.

While accomplishing the experiment there was only one variable which was kept the same every time? This was the direction of the teeth in the larger gear. It was always kept as one, while carrying out the experiment.

I also learnt a lot about gears and how they work.Lastly, I have learnt the important formula’s in the experiment.

Gears, in industries, are used in tons as mechanical devices. The carry out several important jobs, but most importantly, they provide a gear reduction in motorized equipments. This is important because even a small motor spinning fast, can provide power but not enough torque* (Force). For instance, an electric screwdriver has a large gear reduction because it needs a lot of torque** at a high speed. With a gear reduction, the output speed can be reduced while the torque* is increased. Gears also adjust the direction of rotation.