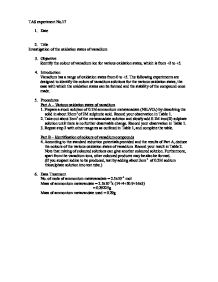 Investigation of the oxidation states of vanadium