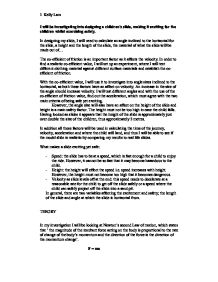 Designing a children's slide, making it exciting for the children whilst exercising safety.

I will be investigating into designing a children’s slide, making it exciting for the children whilst exercising safety.

In designing my slide, I will need to calculate an angle inclined to the horizontal for the slide, a height and the length of the slide, the material of what the slide will be made out of…

With the co-efficient value, I will use it to investigate into angle sizes inclined to the horizontal, as both these factors have an affect on velocity. An increase in the size of the angle should increase velocity. I will test different angles and with the use of the co-efficient of friction value, find out the acceleration, which must agree with the two main criteria of being safe yet exciting.

However, the angle size will also have an affect on the height of the slide and height is a main safety factor. The height must not be too high in case the child falls.

Having looked as slides it appears that the height of the slide is approximately just over double the size of the children, thus approximately 2 metres.

In addition all these factors will be used in calculating the time of the journey, velocity, acceleration and where the child will land, and thus I will be able to see if the model slide is realistic by comparing my results to real life slides.

What makes a slide exciting yet safe:

In general, there are two variables affecting the excitement and safety; the length of the slide and angle at which the slide is horizontal from.

Friction plays an important factor in acceleration and is defined as the resistance an object encounters in moving over another.

For example, moving an object over glass will be easier then moving it over sand paper. This is because sand paper exerts more frictional resistances.

A surface exerts a parallel force; this is the force of static friction.

Once the object begins to move, the frictional force opposing the relative motion remains a constant value (μN, where μ is the co-efficient of friction and N is the normal contact force).

Gravity is acted on a child as he/she slides down the slide, which is denoted in the formula as ‘g’.

The direction of which the child travels down is considered positive; therefore the frictional force being against the direction travelled is denoted with a negative sign:

In this case the resultant force (F) is the frictional force, which consists of the coefficient of friction and gravity.

The purpose of the testing is to find the co-efficient of friction of each material.

In order to do so the angle must be calculated, the following formula is used given that the length opposite the angle and the hypotenuse is known:

To find the coefficient of static friction (μ) between the surface and the clothing, Newton’s second law is applied:

The above equation represents the forces at equilibrium.

M = being the mass

But as the object starts to slide F =  μ N

This also illustrates that mass becomes irrelevant to friction, thus I will not be taking mass into account in my investigation.

As illustrated below the angle has an influence on acceleration.

Acceleration at which the child travels will eventually  fall.

The following formula( Newton’s Second Law of Motion ) is used to find the new acceleration:

again mass does not affect acceleration as show :

To set up this mathematical model of the slide I must simplify the real life situation in order to be able to use the mathematical principles.

This is because the position of the child on the slide will have an impact on the velocity the child will travel down the slide.

The material used for the slide, which I will later investigate and test into that determine friction.

The constants in my investigation are:

- Co-efficient of friction (μ) = to be calculated

The variables in my investigation are:

In this experiment I will investigate into different materials that could be used for the surface of the slide against clothing material wore by the children and analyse how the nature of the material affects the co-efficient of friction.

Having looked at slides from local parks and playgrounds, I have decided to base my testing on three materials; plastic, wood and metal, which seemed to be the three most common. From this test, I will collect data on each material of their friction. This will be against material clothing worn by children. For this I have researched into clothing worn by children ages 5 to 8 yrs old, through visiting children clothes store and found out that the three most commonly worn materials were denim, cotton and polyester, which I will use to test.

The purpose of this test will allow me to look at the relationship of friction between materials and find the co-efficient of friction, which tells us when the child will start to slide.

I will collect 3 flat surface boards (representing the slide) of the material I have selected to test.

In my investigation I didn’t take this factor into account, which would affect my final design. However, if the slide was use for an indoor activity, then surrounding conditions will be constant, thus seasons no longer becomes an issue.

Given more time I would further investigation into the mean height of children with the age group the slide is designed for. This extended investigation will be used to design a slide of an appropriate size, which will make the slide more realistic. I would have tested more materials.

However, the time of the journey of the slide may appear fairly short. Given more time I would investigate into the time journeys of different angles.

In general, I found that it was difficult to implement the two criteria of making the slide safe yet exercising safety.

It was hard to achieve the greatest amount of safety when you need to make the slide exciting as well.

Overall my findings from my experiment demonstrate that plastic and polyester has the lowest coefficient, which means that a smaller angle is required from the horizontal, for the child to over come the frictional forces. As the angle however, the acceleration increases. Looking at the equation: V2= U2 + 2aS, it is clear that velocity (V) corresponds to acceleration (a), as acceleration increase in value so will velocity. As a result the child will experience a shorter journey time.

Also when increasing force of the direction the child will travel down the slide will increase acceleration, thus acceleration is directly proportional to the resultant force applied.

Where m is a constant. 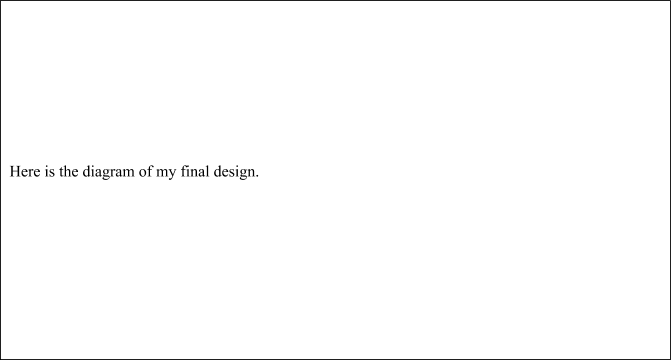 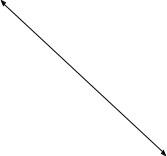 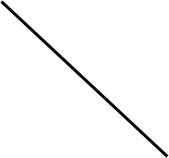