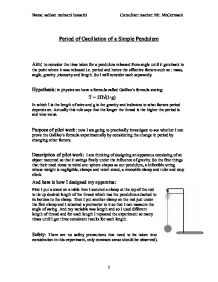 Period of Oscillation of a Simple Pendulum

Aim:to consider the time taken for a pendulum released from angle until it gets back to the point where it was released i.e. period and hence the effective factors such as : mass, angle, gravity ,viscosity and length. So I will consider each separately.

In which l is the length of wire and g is the gravity and indicates to what factors period depends on. Actually this rule says that the longer the thread is the higher the period is and vice versa.

Purpose of pilot work: now I am going to practically investigate to see whether I can prove the Galileo’s formula experimentally by considering the change in period by changing other factors.

Description of pilot work:  I am thinking of designing an apparatus consisting of an object mounted so that it swings freely under the influence of gravity. So the first things that their need come to mind are: sphere shapes as our pendulum, a inflexible string whose weight is negligible, clamps and retort stand, a crocodile clamp and ruler and stop clock. 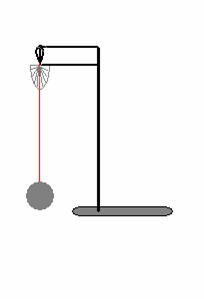 And here is how I designed my apparatus:

First I put a stand on a table then I secured a clamp at the top of the rod to tie up desired length of the thread which has the pendulum attached to its bottom to the clamp. Then I put another clamp on the rod just under the first clamp and I attached a protractor to it so that I can measure the angle of swing . 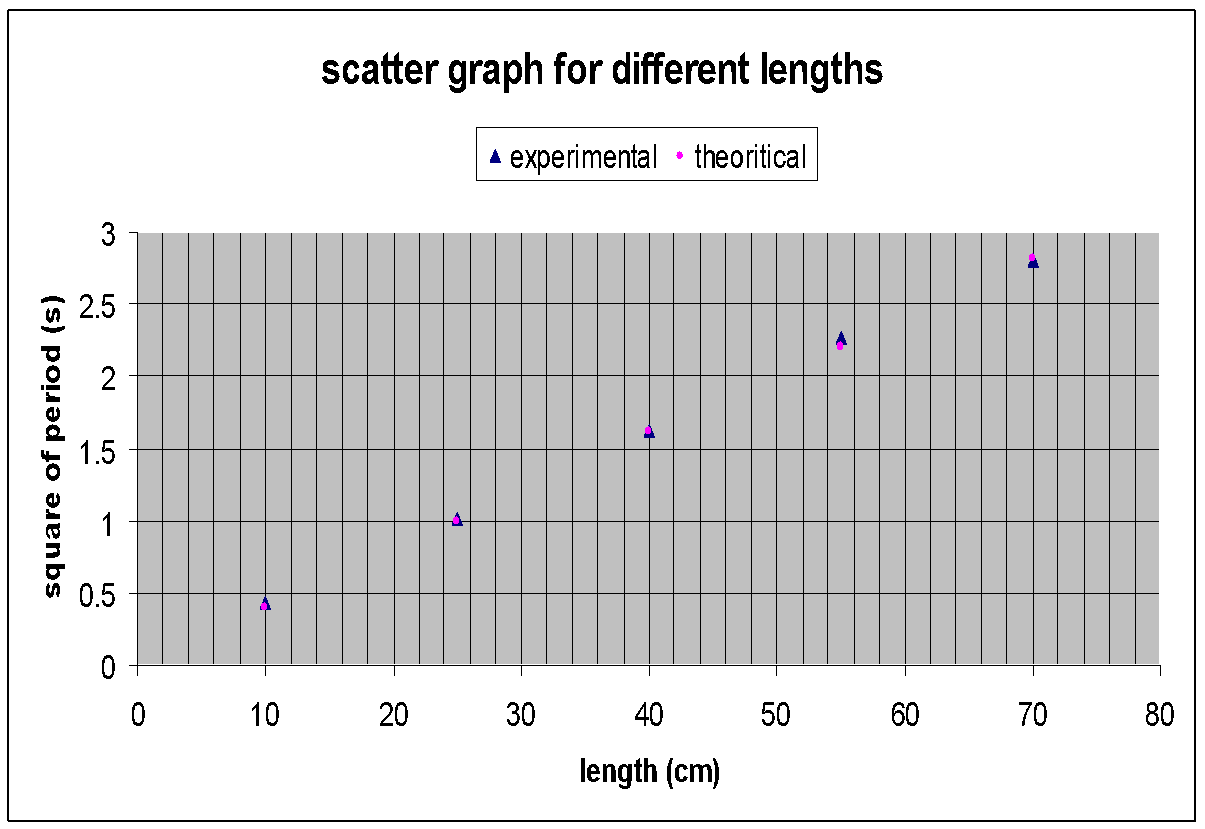 conclusions: as we can see from the graph above the pink line is the theoretical results which are all in a straight line and the blue line which is the line of best fit of my experimental results and as we can see because the line of best fit can be drawn through my error boxes it means that the square of time IS proportional to length and now how do we know if my results are consistent with the Galileo’s equation as well .well as the pink line lies in the area of my error boxes too so it means that my values could have been those.

Mass: according to Galileo’s equation the period is independent to mass of the object but I want to experimentally prove it and to do so I choice 6 different masses with the same length of 55 cm and I started with 50 gram and each time added a weight of mass 50 gram to the pendulum and I got the following results.

The results above shows I have quite good results and I just need to draw them on a scatter graph to investigate the effect of mass on the period and as we can see according to Galileo’s formula mass has no effect on the period and lets see if I can prove that with those results obtained earlier. 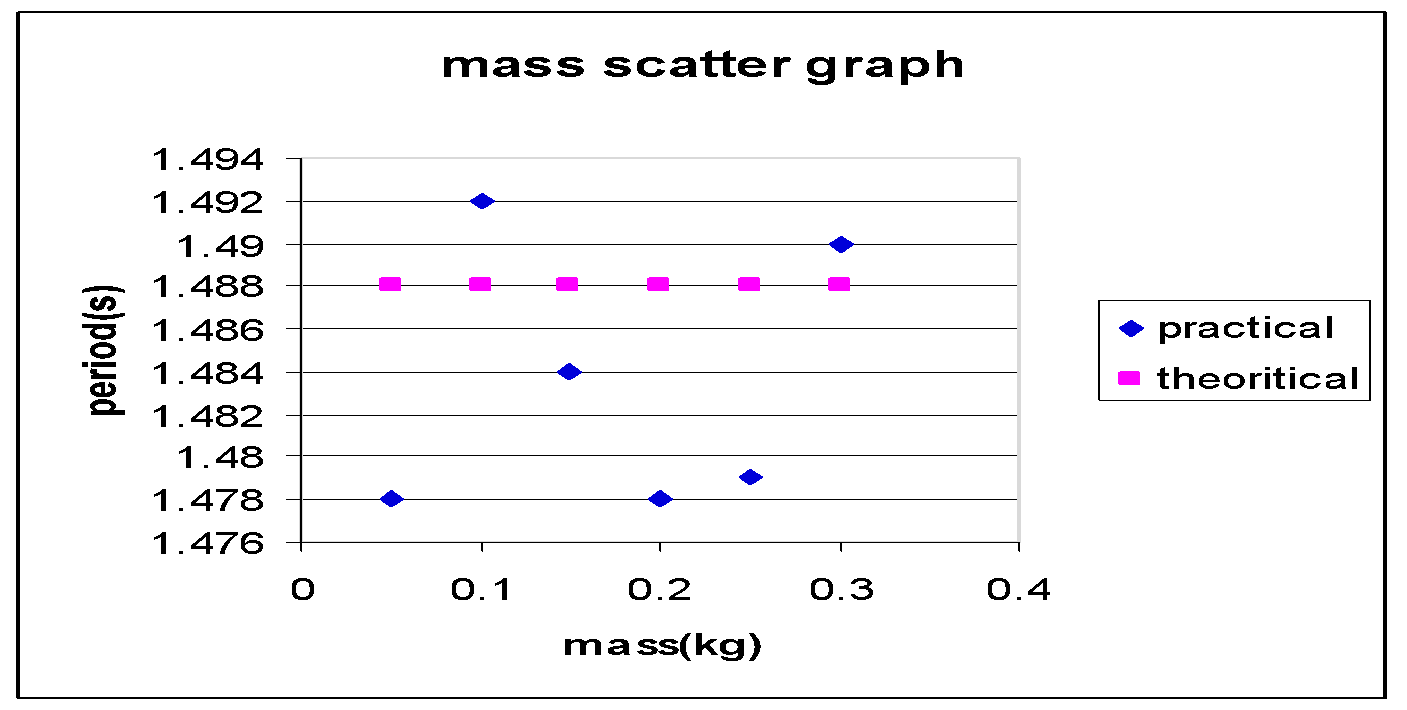 Conclusion for mass: This graph might be a bit tricky because the practical values look a bit far from each other but if you look at the scale of the time you will realise that each horizontal line division in graph is 0.

My most favourable results were the length of pendulum results.  These were very good as they had a high degree of accuracy.  The graph that I produced that compares my results to the theoretical results proves this.  The difference between them was minimal.  This shows that my methods were highly accurate in achieving those reults.  However, there could have been a degree of chance in getting the timings so accurate.  I did not expect these results to be so accurate.

I did not like my angle of release results or my mass results.  These were not as expected, but this may have been down to timing inaccuracies or in the case of angle the viscosity.  The way in which the angle of release experiments changed were justifyable because I could hypothesise as to how the results came to do that by doing an extra experiment (modification) .  In the end, I believe that I came up with a fairly good theory for the way in which the results behaved.  I do not believe that it is possible to expalin the mass experiments’ results.  These were anomalous because of the way that they changed so much with no particular pattern.  I suspect that as the other experiments were faily accurate in their timing, it could be due to the method of the experiment itself - perhaps it was not a fair test.  My end conclusion did not correspond with the actual results but did correspond with my hypothesis.  Therefore, I have no evidence to back up my conclusion, even though I believe it is the right conclusion.