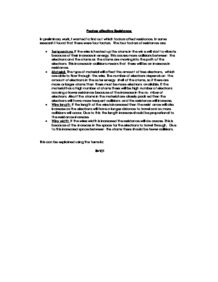 Factors affecting Resistance of a wire

In preliminary work, I wanted to find out which factors affect resistance. In some research I found that there were four factors. The four factors of resistance are:

This can be explained using the formula:

I predict that the longer the wire, the higher the resistance. 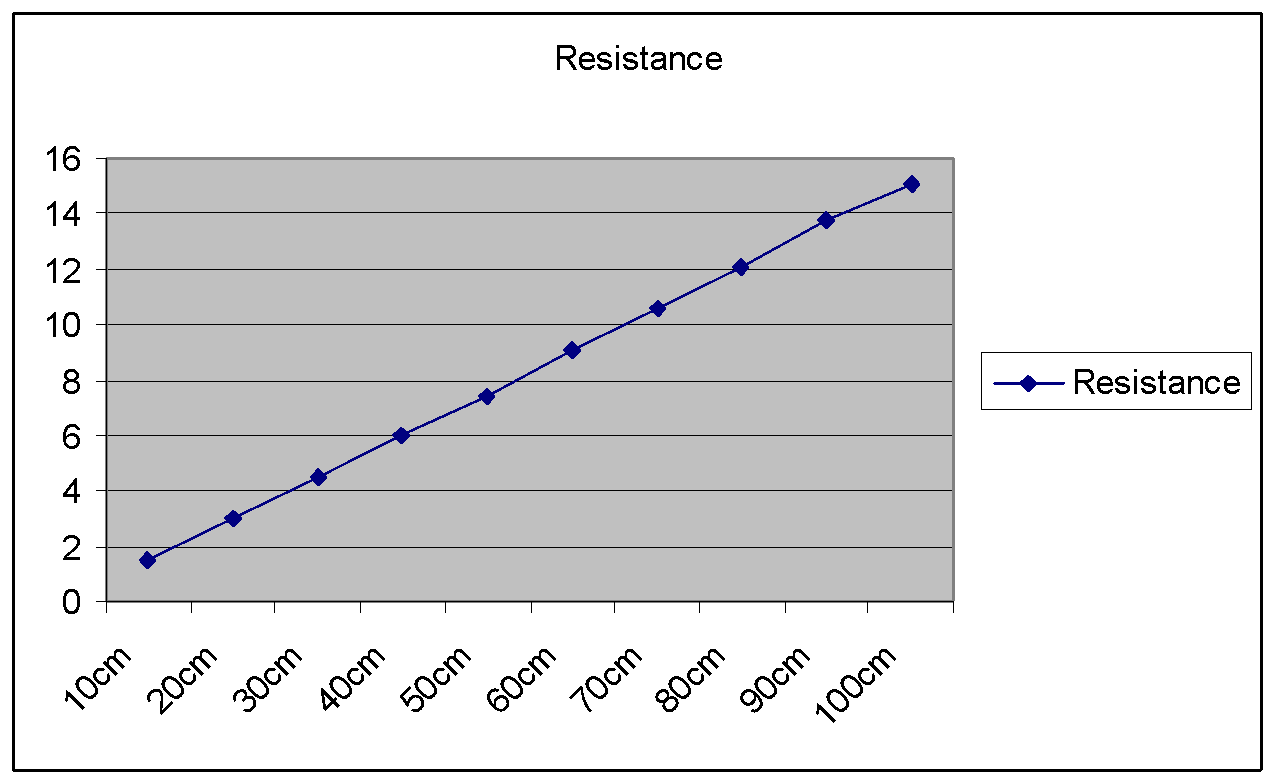 The only way we would be able to solve the problem of the bends and twists in the wire is to use a brand new piece of wire and look after it very carefully. We could solve the length problem by using a brand new piece of wire, which starts off at 1m in length, and we would cut it down to size for each result. This would make our observations closer to the exact length.

Our results were also made more accurate by the fact that we used a fairly wide range. Using just one or two increments is not reliable enough to draw a valid conclusion, so we used 10 increments. This way we would have been able to cope with any anomalous results using a line of best fit.

Anomalies could have been because the temperature became too high, creating an extra variable to make the test unfair. If the temperature did get too high it would have decreased the current, increasing the resistance. Similar to this idea, the wire could have had some impurities in it, varying the resistivity and increasing/decreasing the resistance. Any of the remaining three (I say this because we have already used one in our experiment - length) factors affecting resistance could have been varied - temperature, resistivity and thickness, leading to unreliable readings. The other reason for an anomaly could simply be that we misread the voltmeter/ammeter.

We could use an even wider range of results to increase the reliability of out results, or we could repeat the results more times. For further work, we could think about which material, length, width and temperature wire has the highest/lowest resistance. We could also use different kinds of resistors in the circuit, for example thermistors, so we could see how resistance varied with heat and that resistor, or we could instead use a light dependant resistor, to see how resistance would vary with that.