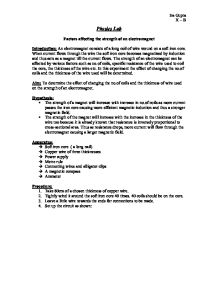 Introduction: An electromagnet consists of a long coil of wire wound on a soft iron core. When current flows through the wire the soft iron core becomes magnetized by induction and thus acts as a magnet till the current flows. The strength of an electromagnet can be affected by various factors such as no.of coils, specific resistance of the wire used to coil the core, the thickness of the wire etc. In this experiment the effect of changing the no.of coils and the thickness of the wire used will be determined.

Aim: To determine the effect of changing the no.of coils and the thickness of wire used on the strength of an electromagnet.

A modification in procedure:

The length by which the wire was cut every time the no,of coils was reduced was also kept constant.The electromagnet was realigned every time its position was moved to changed the no of coils.

Table 1: Table showing the variation in distance at which the compass deflects with change in no.of coils and diameter of the wire.

The only raw data that may be processed is the diameter of the wire to find the cross-sectional area of the wire. 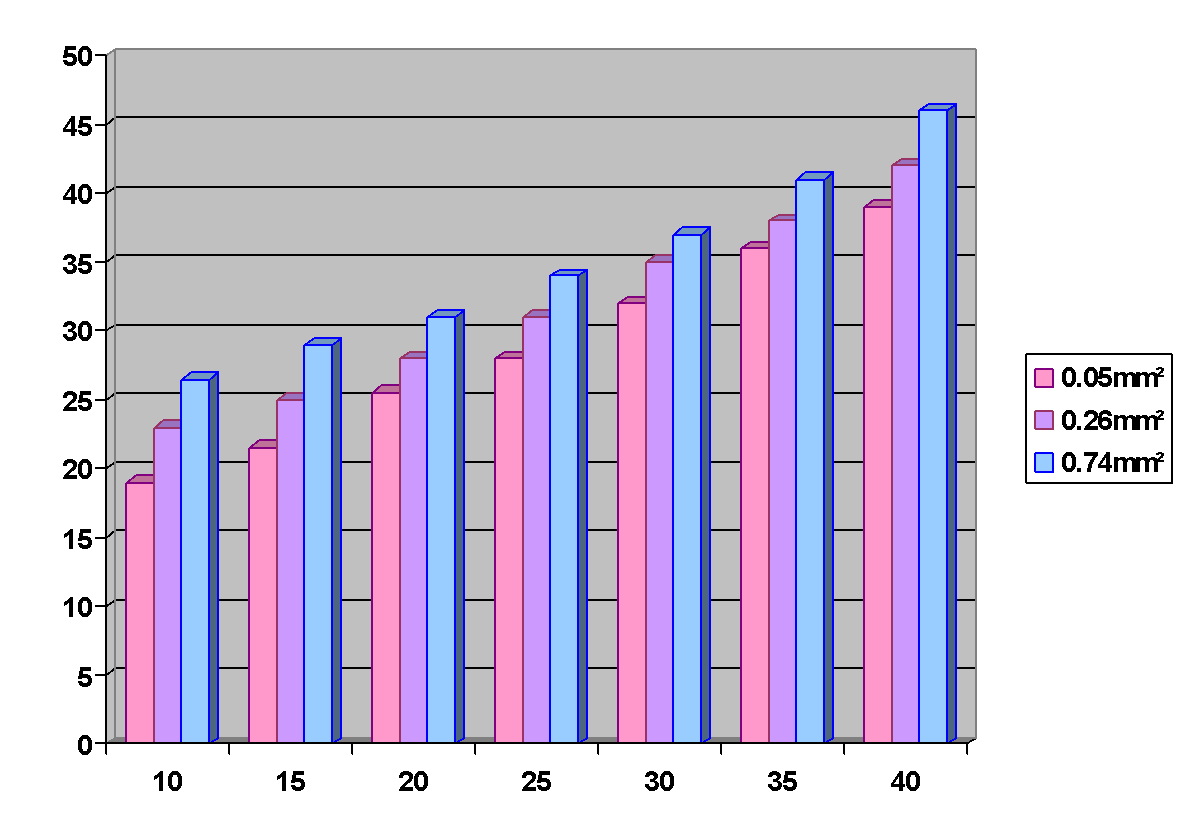 Graphical Analysis: This graph clearly shows the variation in extent of magnetic field at every thickness for the different no.of coils. The difference in the values of different thicknesses is quite noticeable and also constant.

Conclusion:After close observation and analysis, it can be concluded that as the no.of coils on an electromagnet increase, so does the extent of the field created by it. Also, as the thickness of the wire used for coiling increases the resistance of the wire drops and the electromagnet becomes stronger. The hypothesis stated earlier has been proved right.