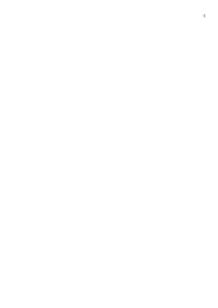 How can pH levels affect the growth and reproduction of bacteria found in humans?

﻿________________ Table of Contents Page Number Scenario Introduction Escherichia Coli pH and Bacteria Aim Hypothesis Safety Materials Safety Procedure Materials and methodology Materials Method Variables Controls Discussion Error Analysis Improvements Conclusion 2 2 2 2 3 3 3 3 3 3 3 4 4 4 5 5 5 Scenario Three students studying at the James Cook University are completing a Bachelor of Nursing, they are currently studying E. coli, the students are sent to various cities and towns, in which they examine people with severe illnesses; examine and determine which antibiotic would be most effective in stopping that illness. In the state of New South Wales the main sewage pipe burst leaking into the Murray-Darling Basin River which most Central Queenslanders use for irrigation, and drinking water. Unknowingly, a great population drank the disease-ridden water, not long after, patients flooded into doctors? practices and hospitals with complaints of stomach cramps and pains, vomiting and diarrhoea, it was thought to be an E. coli outbreak. Fortunately none of the students picked up the disease. After the hospitals were swamped with patients each were called to a separate town ? Dubbo, Nyngan and Walgett to examine a random patient ? their last practical assessment before completing the course. ...read more.

Follow the diagrams from the “Hand Washing Technique” chart which can be found in Appendix A. Dry hands with hand towel. Put on disposable gloves. Spray bench with methylated spirits and water mix, dry with disposable hand towel. Materials and Methodology Below is a step-by-step procedure which will help minimise the possibility of the agar plates getting contaminated with any foreign bodies which may be present in the experimental environment. Materials Inoculating loops Methylated spirits and water mix 13 petri dishes E. coli Method Pre-set incubator at 37° (done once) Put on all necessary safety materials (apron, glasses, gloves, mask) Sterilise bench with methylated spirits; spraying then wiping. Get Escherichia coli vial and all agar plates. Label agar plates. Unscrew vile with one hand, with the other dip a sterilised inoculating loop in. This should only be dipped once as this may contaminate the entire vial with contaminates. Screw the broth together. Pick up the agar plate opening the lid slightly. Gently streak the agar plate with the E. coli covered inoculating loop. Once an inoculating loop has been used it must be placed into a beaker of Milton. ...read more.

A monitored environment could have been used also to lessen the risk of contamination; this would help as no foreign bodies would be present. Conclusion This investigation outlined the different growth rates of bacteria at various pH levels. It was found that the twon with the highest pH level was Dubbo. The patients in this area drank the water that was in the pH 8; it grew the fastest out of all towns. The pH variables used are pH 3, 5, 5, 7, 8 and 10. It was found that the pH 7 and 5 had similar amount of growth and the pH 8 had a large amount; therefore the hypothesis is proved incorrect. The experimental design of this investigation has been successful in demonstrating the inhibition of five chosen pH levels. The experimental design of this investigation has gathered valid data from each experiment which can be used to prove the hypothesis is incorrect. A number of replica?s used in this investigation allowed any mistakes to be re-practiced and therefore allow higher rates of validity. The safety precautions which have been performed during this investigation have been successful; no individual contracted an E. coli disease. Appendix A Refereces http://www.medicalnewstoday.com/articles/68511.php http://en.wikipedia.org/wiki/Escherichia_coli http://textbookofbacteriology.net/e.coli.html http://www.about-ecoli.com/ecoli_sources http://aem.asm.org/content/64/5/1773.full.pdf http://mic.sgmjournals.org/content/131/11/2865.full.pdf ...read more.

This student written piece of work is one of many that can be found in our GCSE Biology section.