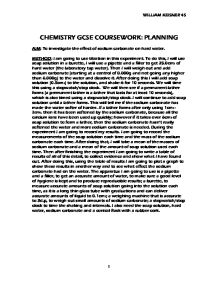 Investigate the effect of sodium carbonate on hard water.