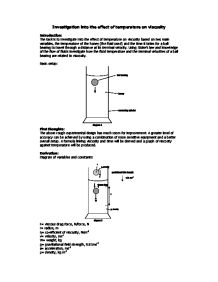 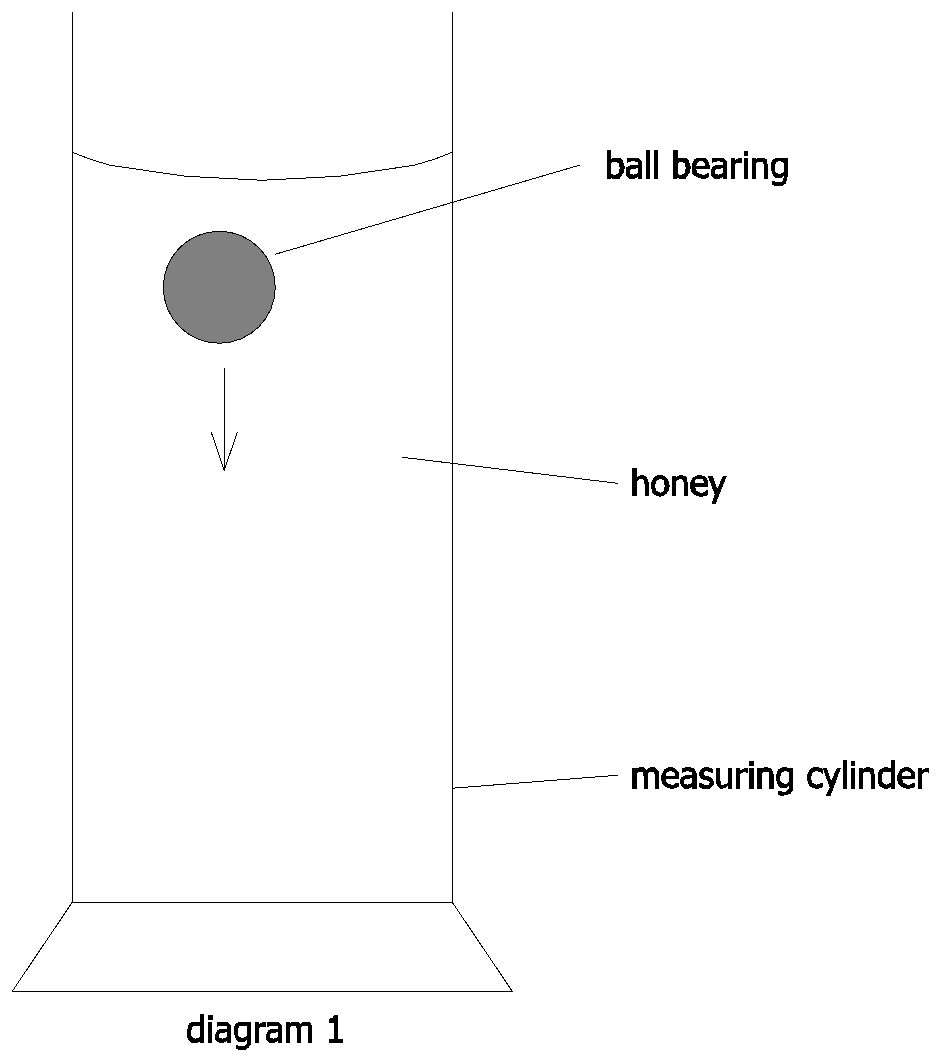 The above rough experimental design has much room for improvement. A greater level of accuracy can be achieved by using a combination of more sensitive equipment and a better overall setup. A formula linking viscosity and time will be derived and a graph of viscosity against temperature will be produced.

Diagram of variables and constants: 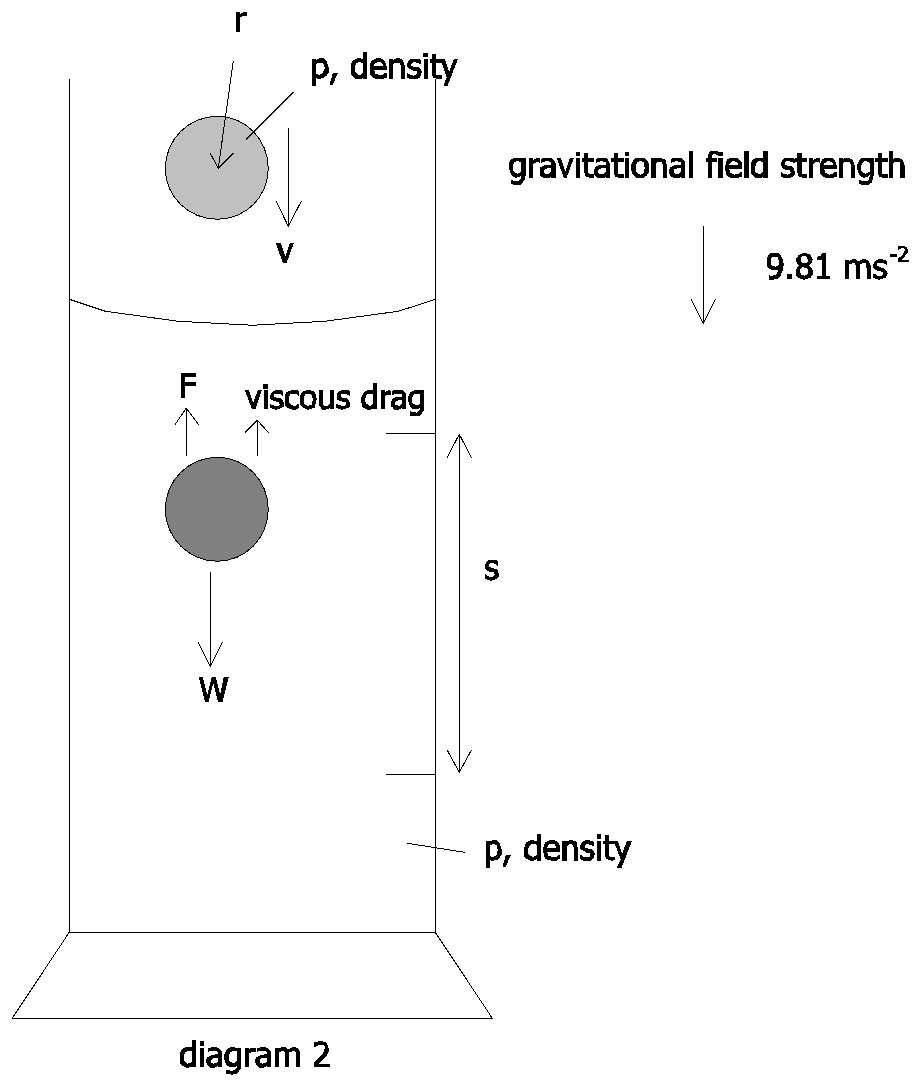 A formula linking η (viscosity) and t (time) must be produced.

The following consists of rules and principals that could be applied to this situation.

Archimedes’ Principle: When a body is partially or totally immersed in a fluid the upthrust is equal to the weight of fluid displaced.

Viscosity can be defined as a measure of resistance to flow that a fluid offers when subjected to shear stress. The viscosity is due to the friction between layers of the fluid.

If an object is dropped into a fluid it experiences two primary forces, weight, which acts in the downward direction and also upthrust (equal to the weight of fluid displaced). If these values are equal then there will be no resultant force.

Ice is added to the water surrounding the measuring cylinder to cool the honey, again the honey is stirred to produce a constant temperature throughout the honey.

Ball bearings with different radii could be used. This would allow a greater spread of results giving a better average selection of viscosities.

The main problem with the investigation was human error with the timing. This problem can be completely eliminated with the use of light gates. The light gates would have to be able to measure across a large distance due to the specific path the ball bearing takes through the honey. But once setup correctly they could time with far more precision.

A more suitable release mechanism could be implemented so that the ball is dropped directly onto the honeys surface and is dropped centrally as well. This would help prevent the problems caused when the ball moves at angles and is affected by the extra friction imposed on it by the walls of the cylinder.

A complete change of the basic experimental setup could be used. A viscous drag viscometer could be used to measure the viscosity. The apparatus could be enclosed in the same temperature controlled room, this would allow the viscosities to be accurately measured and the results from the two investigations could be compared. One problem that may occur with this is that a metal is used to control the needle for the display. A suitable metal that is not affected by heat (through expansion) would have to be used.