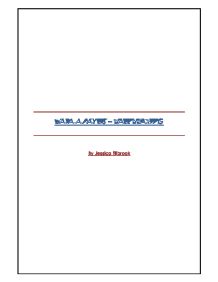 To establish the relationship between the heights from which the ball bearing was dropped and the depth of the crater created in the sand.

How your apparatus should be set up →

The first graph I did was on my first set of results, which I test each height 3 times, the graph showed the relationship between the depth of crater to the height it was dropped.

My second graph showed the same as the first (showed the relationship between the height of depth of crater to the height it was dropped) but with an improved method.

This graph show the relationship between the crater depths and velocity,

This graph showed the relationship between the velocity and the height the ball bearing was dropped at.

Improvements to the method –

I think my method was very good, but we didn’t do a few things that we probably should of, like:

Most of my results don’t have a large range making them more accurate the biggest range I have is (without outliers) 0.3cm so a close range.

I think reasons why they could have been inaccurate, are that the heights which they were dropped were not precise enough, and people many putting a little pressure on the ball bearing causing inaccurate results.

I think my experiment was quiet successful, apart from the few outliers, which was probably due to pressure of dropping the ball bearings or it was not dropped at the correct height.