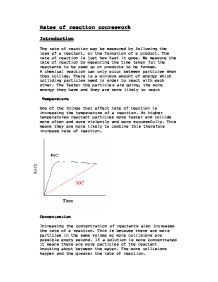 A chemical reaction can only occur between particles when they collide. There is a minimum amount of energy which colliding particles need in order to react with each other. The faster the particles are going, the more energy they have and they are more likely to react

One of the things that affect rate of reaction is increasing the temperature of a reaction. At higher temperatures reactant particles move faster and collide more often and more violently and more successfully. This means they are more likely to combine this therefore increase rate of reaction. 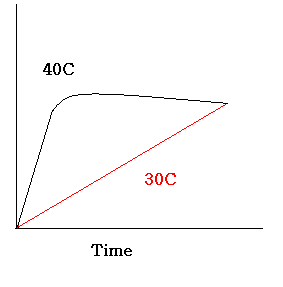 Increasing the concentration of reactants also increases the rate of a reaction. This is because there are more particles in the same volume so more collisions are possible every second. If a solution is more concentrated it means there are more particles of the reactant knocking about between the water. The more collisions happen and the greater the rate of reaction. 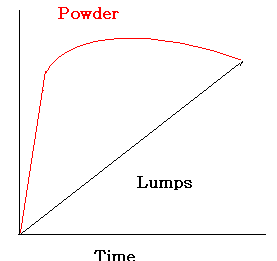 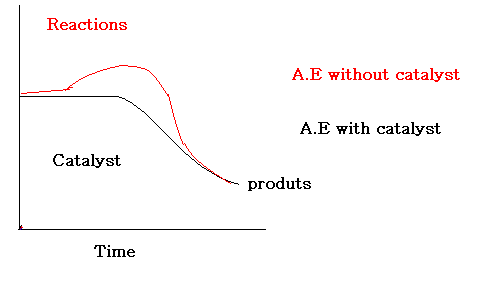 If the pressure is increased the particles in the gas are pushed closer. This increases the concentration and thus the rate of reaction.

When the solutions are reacting the collisions have sufficient activation energy. This is the minimum amount of energy that is required to activate atoms/molecules to undergo a chemical transformation. Increasing the temperature brings more collisions and an increase in rate of reaction.

I carried out a preliminary test to practice so learnt how to improve on the real test we realized that we needed to do the test 3 times.

This previous experiment helped me to decide to do this experiment better by not wasting time and watching probably when the cross disappears because when we compared are work with other groups are one wasn’t correct and we didn’t get to finish it so I think on the next experiment we should improve on teamwork, observation and time.

In the investigation I will carry out an experiment to measure how concentrating sodium thiosulphate affects the rate of reaction. I will also be measuring how fast sulphur forms and turns the solution cloudy. The reaction will be carried out in a flask placed on a piece of white paper which has a black cross on it. At the beginning of the reaction, the cross can be seen easily. As the flask becomes more and more cloudy, the cross gets harder to see. We will measure the time taken from the start of the reaction until the cross can no longer be seen. Decreasing the concentration of sodium thiosulphate means less particles will collide per second and so the rate of reaction decreases

Paper can no longer be seen.

In are second investigation we will continue this experiment 5 times but we will decrease the amount of sodium thiosulphate by a tenth each time and we will add 10 (cm³) of water and the volume of water will increase by a tenth.

What I changed or kept the same?

I kept the same temperature, surface area-liquids, equipment, cross and concentration of acid.

I will only change the concentration of sodium thiosulphate, the same amount of hydrochloric acid will be used and the conical flask will be washed out after each experiment with water. I will use a stopwatch because it’s more accurate than using my own judgement to sate when the cross is no longer visible

To carryout this experiment safely I will wear goggles throughout the experiment to protect my eyes from any possible splash from hydrochloric acid because it is corrosive also any splash from sodium thiosulphate because it can be harmful, because these chemicals can be hazardous. While measuring and using the acid I will be cautious and take care, as it is a dangerous chemical, I will also carryout laboratory rules such as no running. I will keep bags coats and any clutter out of way to keep the work surface neat, tidy and uncluttered 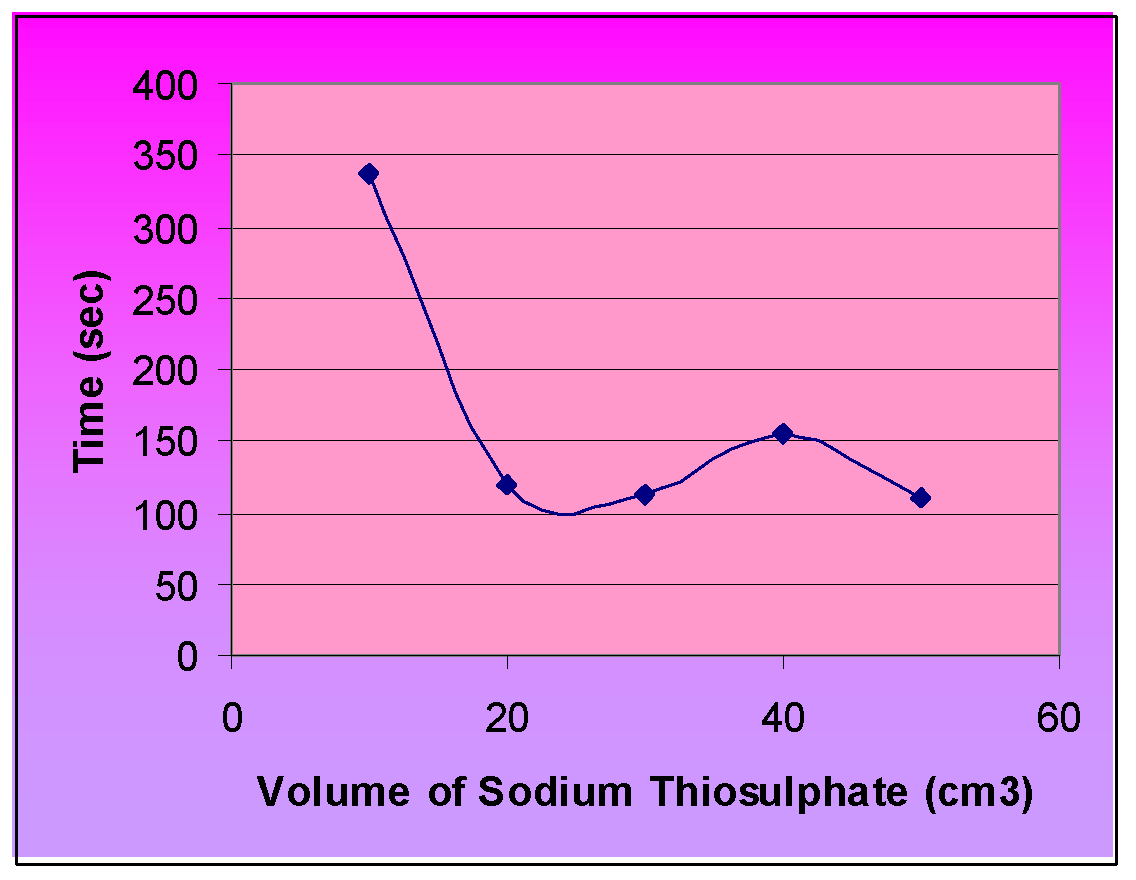 I have processed my results on to a line graph because a line graph can show you much more clearly what you want to find out and what I have found it that my experiment went wrong somewhere  when it comes to investigating the volume of 40 of sodium thiosulphate. 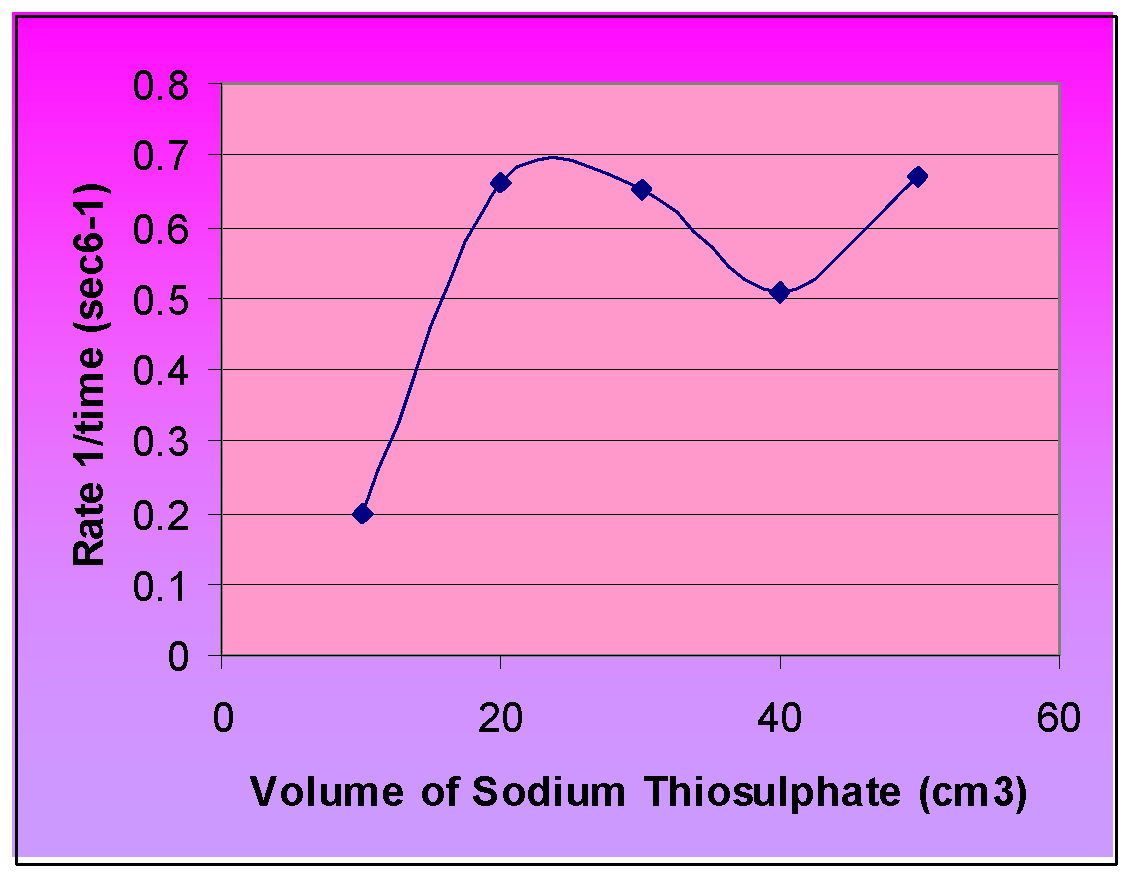 Both of my experiments should of told me that , as you increase the water and decrease the sodium thiosulphate the time increases which means that it took longer  for the cross to disappear the reason for this is that as the

I believe the experiment could have worked better because

My results don’t look reliable or accurate and it is not showing what I predicted. I should have taken more readings. The me and the people in my group weren’t concentrating enough to when the cross disappeared and their was arguments about when it had actually disappeared and people came off task easily because some people forgot to start the stop watch as soon as the chemicals started reacting and some people forgot to stop the stop watch when the cross could no longer be seen. Also people may not have washed out the residual of water, sodium thiosulphate and hydrochloric acid out of the conical flask. Also maybe a person might not have measured the right amount of sodium thiosulphate, hydrochloric acid and water, or never kept the same amount of hydrochloric acid not all my results fit the pattern because of human error.

My predictions would have been correct if the experiment was carried out probably. My experiment should have concluded that when the concentration of the sodium thiosulphate has gone up, as the first part of the experiment shows, the rate of reaction goes up. This is what was expected but are results have mistakes, and therefore obviously not perfect. There are two graphs for our results table to show the difference in time taken and rate of reaction i.e. by drawing a line of best fit on the rate of reaction graphs; we can see that there is s few results that are obviously completely wrong. Our procedure was not that good and needed to be improved, there was one odd result so everything came out not as expected. This means that the experiment was done not so well. If we could have done more repeats there would have been a better outcome. My results are not reliable. When it comes to my next experiment I will make sure the same people:  do the stop watch, and watch the x disappear. Make sure that when it comes to washing out the conical flask that there is no excess water, acid, or sodium left in it. 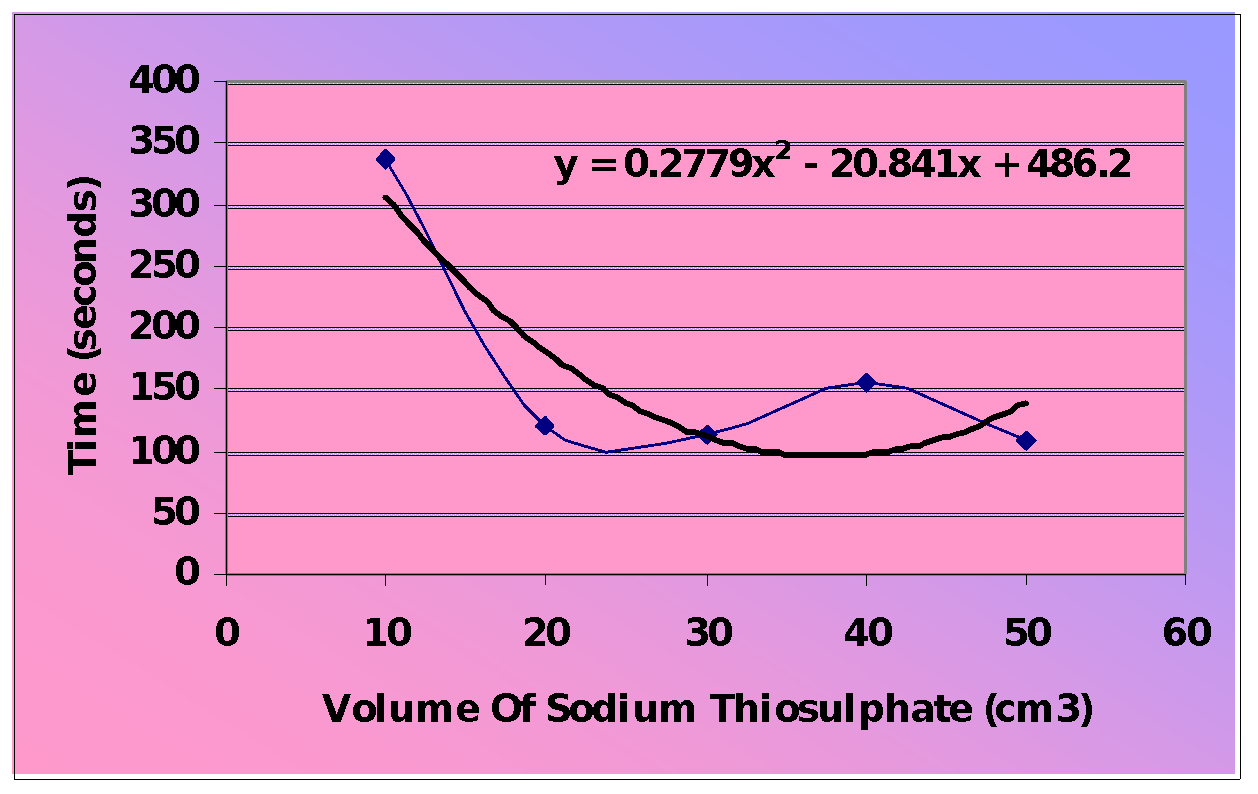 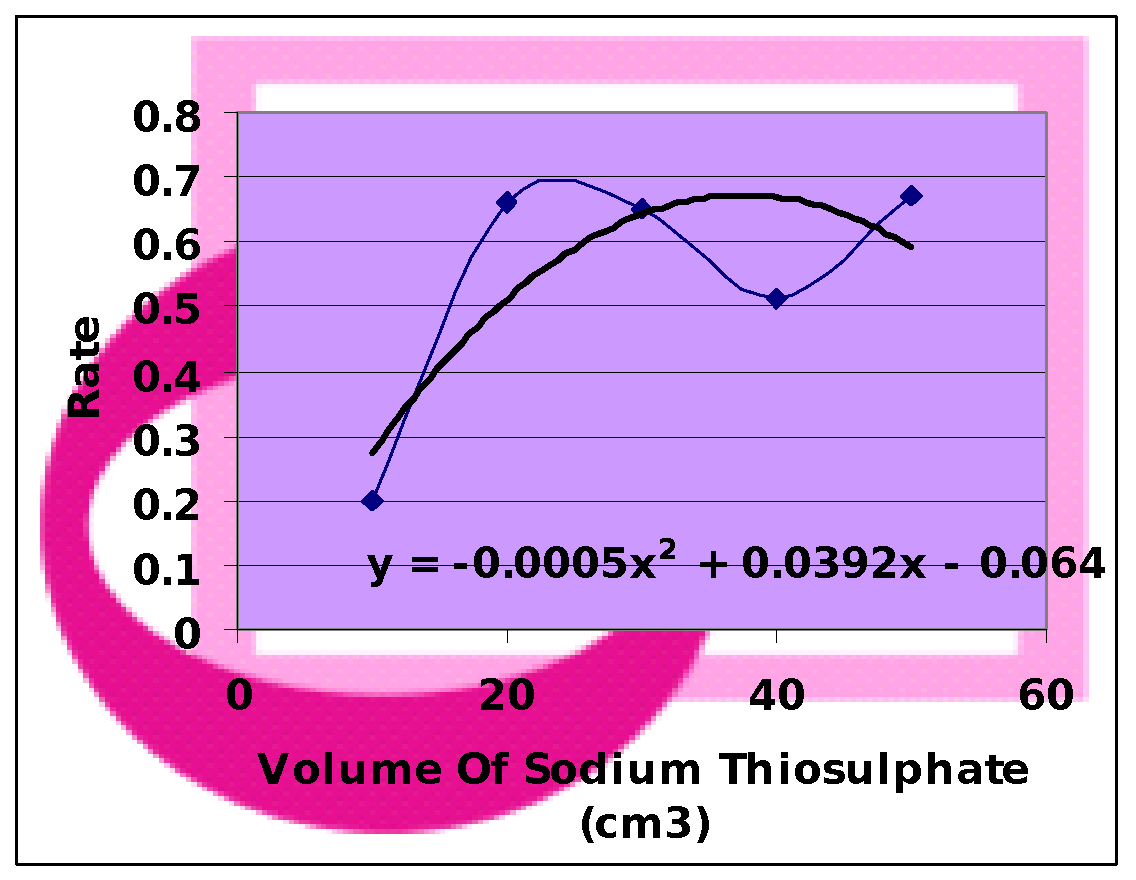