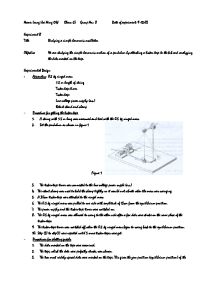 Objective        We are studying the simple harmonic motion of a pendulum by attaching a ticker-tape to the bob and analyzing the dots marked on the tape. 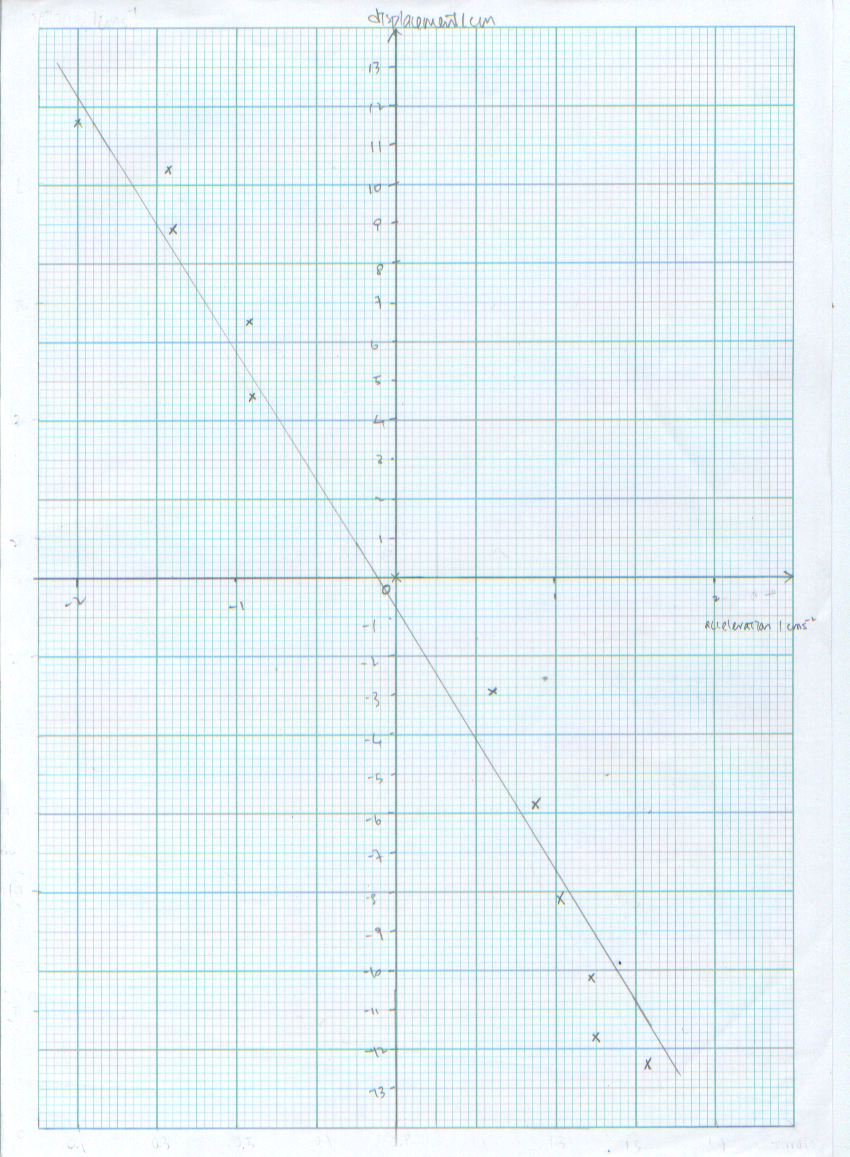 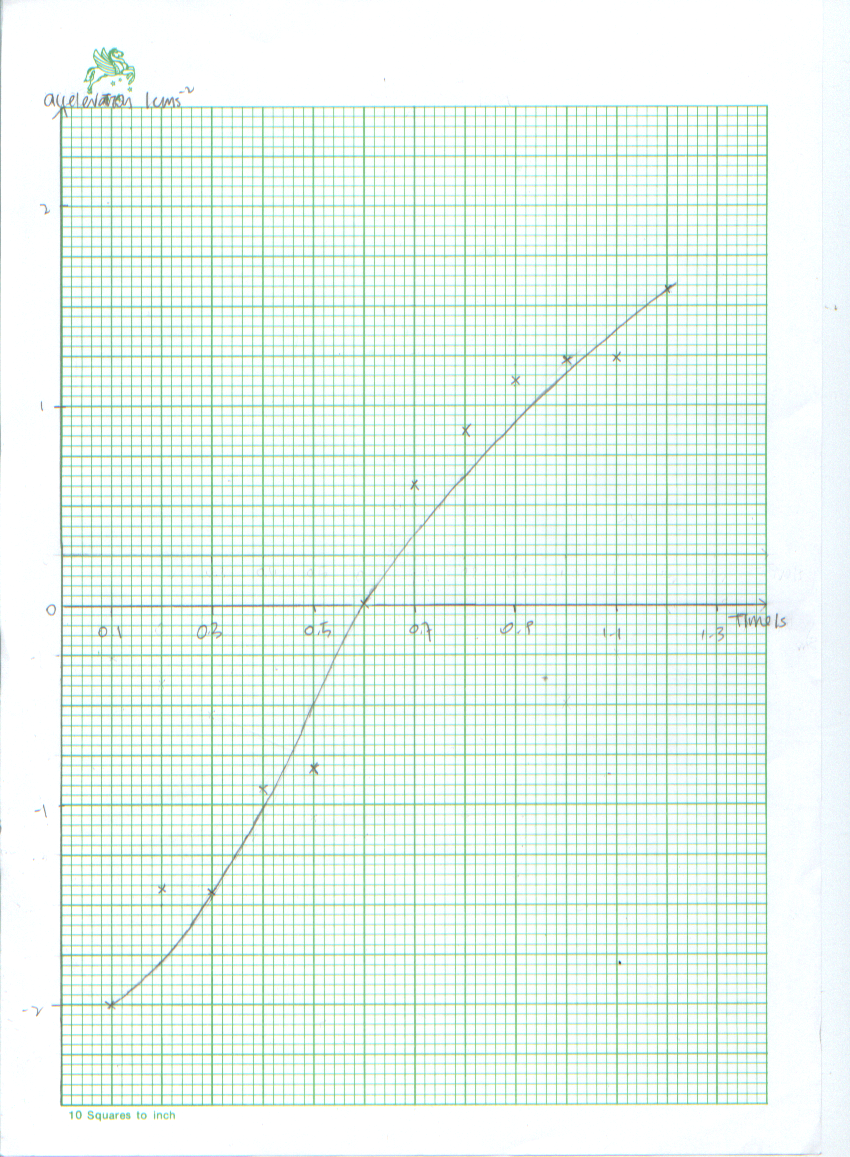 (where a is the acceleration, w is the angular velocity ( a positive constant ), x is the displacement)

The definition of simple harmonic motion (S.H.M.) is:

So, the equation a = -w²x proved that the pendulum performed S.H.M.

Also, for a S.H.M. the angular velocity (w) is kept constant. Period (T) is equal to 2∏/w, so the period is also kept constant and is independent of amplitude and mass of the bob.

From the graphs the value of w is more or less the same within the motion.

Ø – bv. The expression a = -(g/l)x is no longer be obtained. So the motion is not simple harmonic one anymore.

The swing angle is difficult to keep under 5 º. So if an angle larger then 5 º is used, the equations 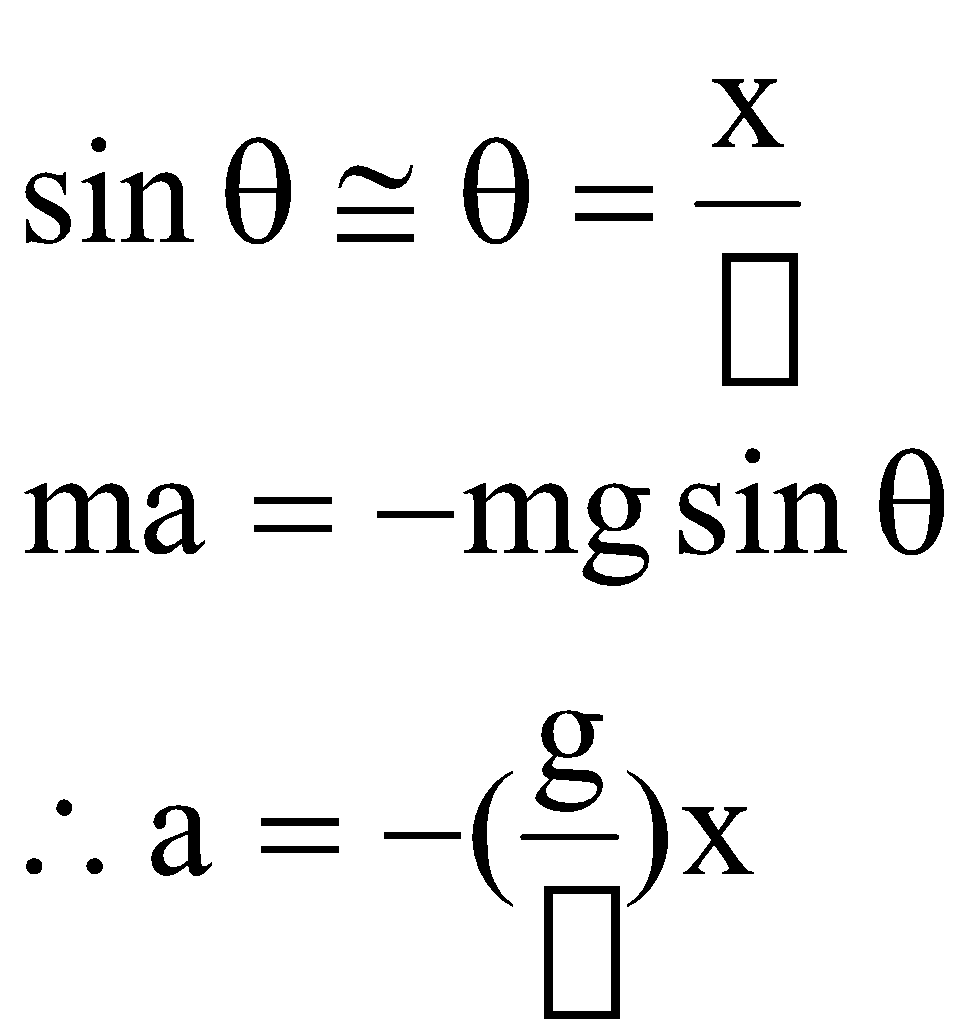 cannot be held and so the motion is not a simple harmonic one.

When leave the ringed mass and let it to swing, we may give an external force to it. Also the mass oscillates horizontally during the swinging motion. These may affect the swing angle and the velocity of the bob and this explained why the dots on the v-t graph cannot connect together to form a smooth curve.

Another big problem is to measure the slopes of the curves accurately. This explains why the dots in v-t, x-a and a-t graphs cannot connect together to form smooth curves and straight line.