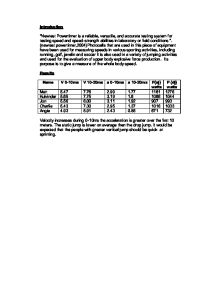 Summary of the Newtest system

“Newtest Powertimer is a reliable, versatile, and accurate testing system for testing speed and speed-strength abilities in laboratory or field conditions”. (newtest powertimer,2004)Photocells that are used in this piece of equipment have been used for measuring speeds in various sporting activities, including running, golf, javelin and soccer It is also used in a variety of jumping activities and used for the evaluation of upper body explosive force production. Its

Velocity increases during 0-10ms the acceleration is greater over the first 10 meters. The static jump is lower on average then the drop jump. It would be expected that the people with greater vertical jump should be quick at sprinting.

Summary of the Newtest system 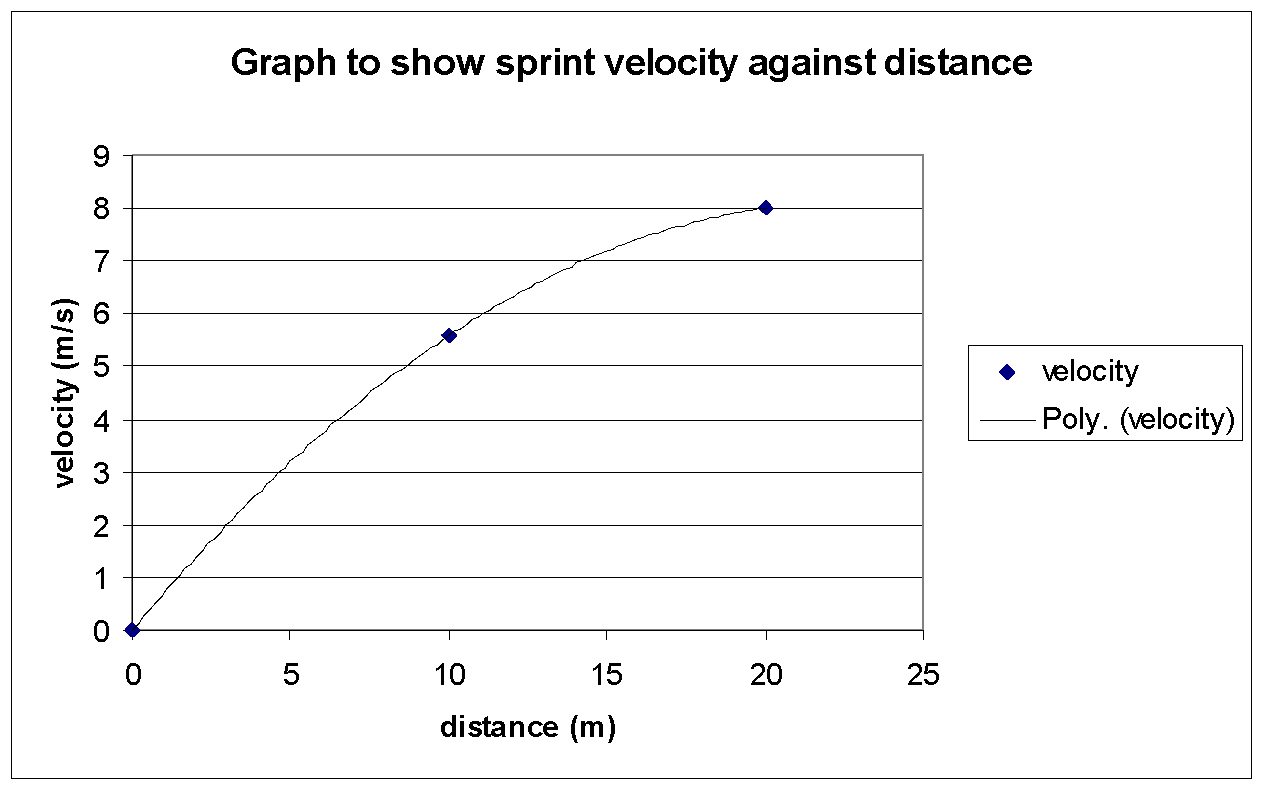 The graph shows an increase in speed over the first 10m then his acceleration starts to decrease but is speed (velocity) is still increasing. This happens til he has reached is maximum velocity. 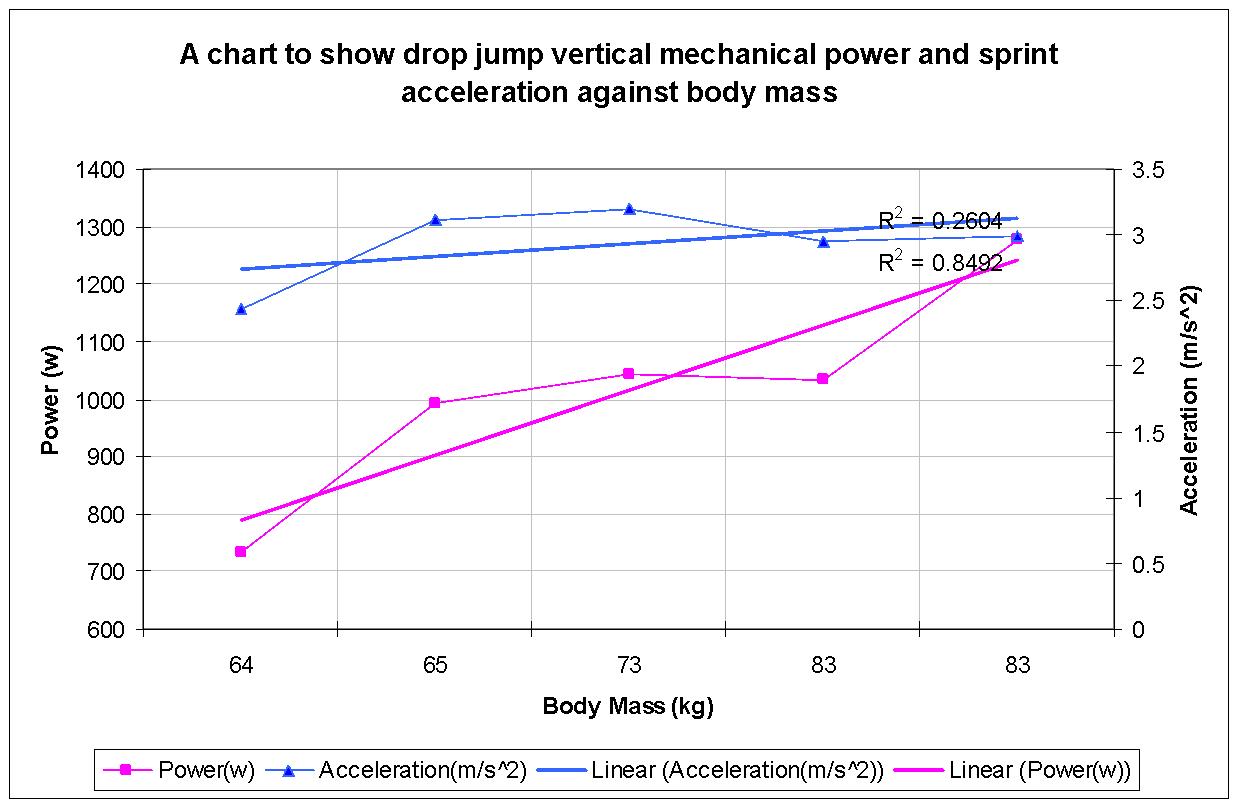 The chart shows 4 out of the 5 values that the heavy the body mass the greater the mechanical power. In terms of acceleration and body mass it shows that lighter the body mass quicker the acceleration. The first value is lower but this result could be affected by gender differences hence female participant.

The set up of the newtest powertimer is fairly basic and easy to use.

The chart shows that the correlation for the drop jump is lower compared to the static jump. This is the points on the chart show that there is one subject that does not have the quickest acceleration over 10m but as a higher mechanical power out put. Also the subject who had the quickest acceleration was had a lower power out put. In terms of static jump there was a more positive correlation. This was static jump did not produce more power output then drop jump. This was not in one of the subjects results.