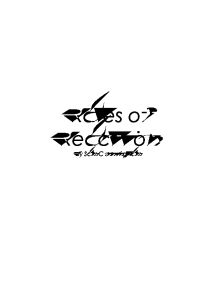 The aim of this investigation is to find out how the rates of reaction between sodium thiosulphate and hydrochloric acid are affected by changing the concentrations of the reactants.

The aim of this investigation is to find out how the rates of reaction between sodium thiosulphate and hydrochloric acid are affected by changing the concentrations of the reactants.

I am going to investigate the rates of reaction and the effect different variables have in them. The rate of reaction is the speed of the reaction that takes place; it is measured by dividing 1 by the time taken for the reaction to happen. The variables I am going to look at are in accordance with the collision theory of reacting particles; the concentration of the solution, the surface area of the solid particles, temperature, pressure of the gasses and catalysts. I have decided to investigate the effect of the concentration, and experiment to find out the possible effect it will have on the rate of reaction as it is proves to be most accurate as I have found out form my preliminary. The non variable in this experiment which is hydrochloric acid, it will not differ or change but simply stay at a constant 10cm3.

Dealing with temperatures is a tricky option to consider in the first place as the time allowed to experiment wasn’t a great deal. Also dealing with temperatures is a difficult task, particularly when you have to keep high temperatures. I am not working with any solids or gasses so it is easy to work with solutions. Likewise a catalyst complicates things, and if undertaken incorrectly, these errors will alter the results and not follow a pattern which will be displayed in a graph.

The task, to investigate the rates of reaction, I going to need something more to control it, to slow or speed up; I am going to use water as this dilutes the hydrochloric acid and as it will be demonstrated in a graph, it will hope to prove it speeding and slowing the reaction.

Sodium Thiosulphate reacts with hydrochloric acid to form a yellow
precipitate. The word equation for this is:

The chemical equation for this is:

The Collision theory explains how particles must have something to collide into for a reaction to occur. Similarly, this is based upon chance and probability. The more particles there are, the higher risk of a collision, so it will increase the chance of collisions happening. With more particles, the rate of reaction will be much quicker with a larger concentration of particles. 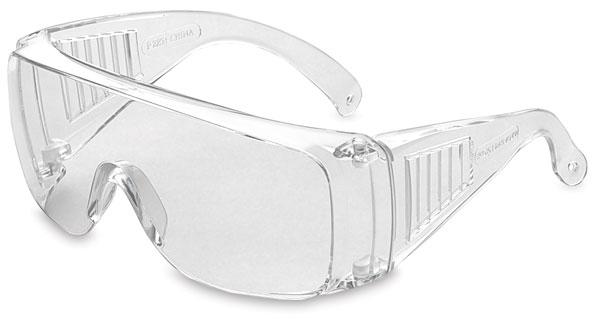 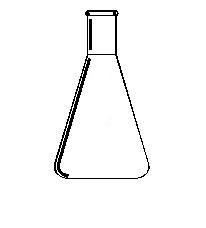 To make this a fair test, I aim to keep all other variables the same, and only change one, the concentration of sodium thiosulphate and distilled water, and the hydrochloric acid will keep the same.

My preliminary results show that the rate of reaction speeds up when the concentration of the solution increases, and the water decreases. I would expect to see this in my final results if I follow my method.

The table above shows that there weren't any mistakes in my results and they appear reliable, reliability is the closeness of the results; and the time, appears to be in sequence with the rate. The rate of reaction on average goes up 5 each time, this shows I didn't have any outliers and by logic, it would be the best choice, as to follow the pattern and method in my final experiment, not to mention sensible to follow as I don’t want to record any outliers.

This graph shows that as the sodium thiosulphate increased and water decreased, there is a significant speed increase. I know this because the time it takes for each reaction to finish, it decreases as the rate increases, this shows that there is positive correlation towards the increase in sodium thiosulphate and decrease in water. This suggests that the distilled was definitely an acting agent in diluting the chemicals.

This shows very similar to graph 1 except the layout; this means the same, as it also proves my hypothesis. This graph shows that the longer it took for the reaction to occur, the slower the rate of reaction. As you can see, the line is best fit is gradually descending as the rate increases, this shows the time decreasing as well.

Overall, I am pleased to have obtained my results as they shown to be very reliable, as the points were found to be close to each other. Although they seem to be accurate, I believe I could have handled this investigation better, as I maybe could have obtained better results by clearly measuring more accurately. I believe this investigation was designed well and seemed to fit a trend as seen in both graphs, the curve of the line was expected and also the line of best fit in graph 2 seemed to fit a treat.