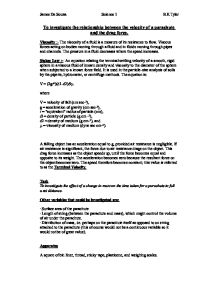 To investigate the relationship between the velocity of a parachute and the drag force.

To investigate the relationship between the velocity of a parachute and the drag force.

Viscosity :- The viscosity of a fluid is a measure of its resistance to flow. Viscous forces acting on bodies moving through a fluid and in fluids moving through pipes and channels. The pressure in a fluid decreases where the speed increases.

Stokes Law :-  An equation relating the terminal settling velocity of a smooth, rigid sphere in a viscous fluid of known density and viscosity to the diameter of the sphere when subjected to a known force field. It is used in the particle-size analysis of soils by the pipette, hydrometer, or centrifuge methods. The equation is:

Unfortunately, without knowledge of the terminal velocity, or the real acceleration, this can’t be done properly. However, to give a rough idea of how it could be used, the test is detailed below:

In an attempt to acquire the most accurate results possible, albeit a futile attempt, the third formula will be used and the average velocity used in place of the terminal velocity.

Quite obviously, this distance is nowhere near the actual distance of 2.85m but, of course, it shouldn’t be because with such a small mass, air resistance is still playing a major part.

Again, this is nowhere near the actual distance but it is getting closer.

It would appear then, in conclusion, that this test was a failure. The question is, though, is this because of the fact that the final velocity is obviously false, or because this is not the way to go about finding the “terminal” terminal velocity, which of course may not exist. In all likelihood, however, looking at the results, it does exist but without the actual values for the final, or terminal, velocity, it is difficult to prove its existence. 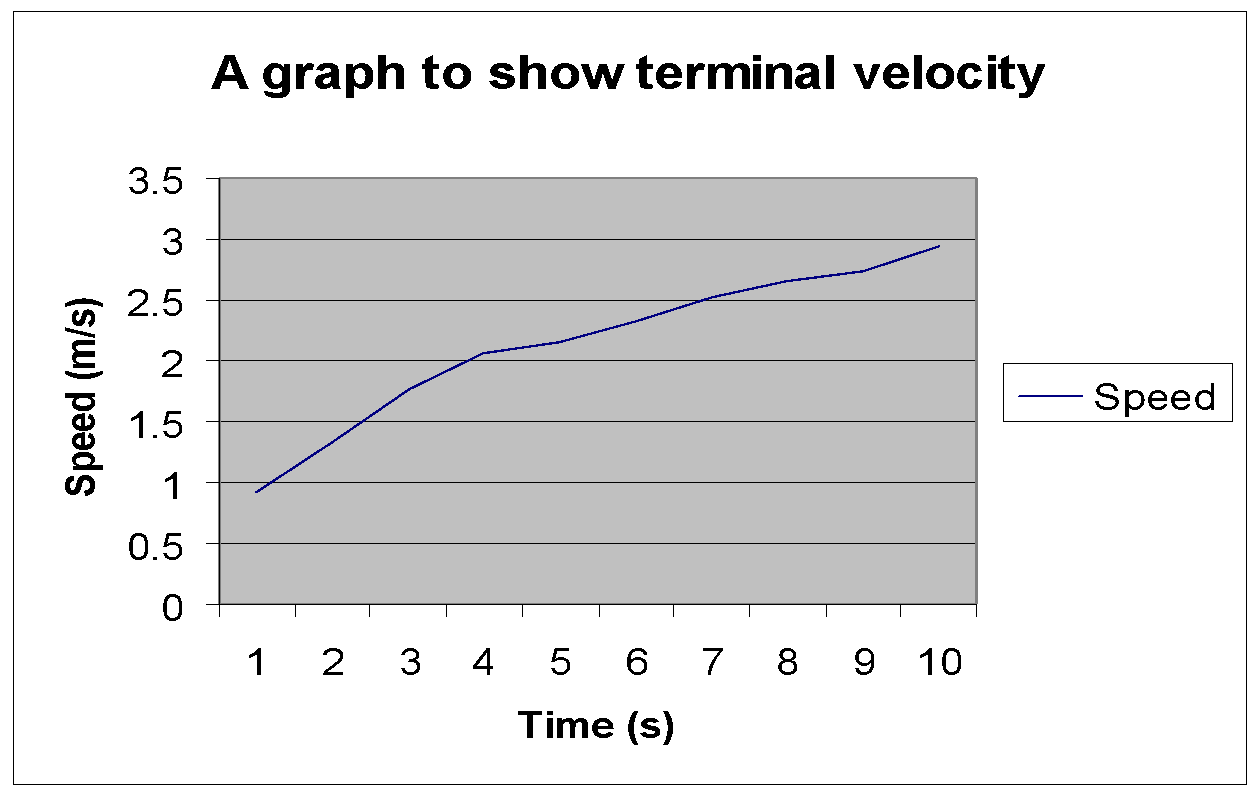