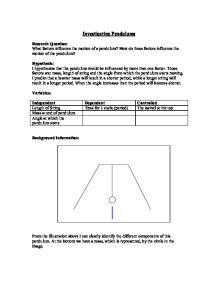 I hypothesize that the pendulum would be influenced by more than one factor. Those factors are: mass, length of string and the angle from which the pendulum starts moving. 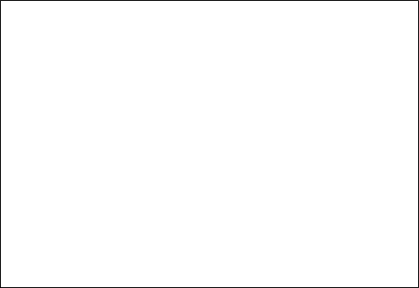 From the illustration above I can clearly identify the different components of this pendulum. At the bottom we have a mass, which is represented, by the circle in the image.

The mass is attached to a piece of string which then in turn is connected to a crossbar. The cross bar is stationary and does not move from one side to another like the mass and string does. The cross bar is supported by two stands left and right to give the pendulum enough stability so that it does not tip over while the mass is moving. The blue line indicates the normal line

The following table will represent the results which we recorded for the three different experiments.  The red values will indicate averages

Experiment 1: Changing the length of the string

I feel that the method which we followed were extremely simple to follow. This enabled us to work accurately. I do however want to express the need for two people to do the angle experiment because it does get a bit tricky when you have to measure the angle hold the pendulum steady and still do the timing. I would also like to warn people about the possible parallax mistake they could make when making the readings.

Our results are accurate but I would like to do the angle experiment again because I feel that there might be some values which are incorrect due to the parallax mistake. I did look straight at the protractor but from an angle.

For further experimentation I would recommend people to use a swivel for the pendulum to swing on rather than a crossbar. This would eliminate traces of friction and will improve the accuracy of the results.