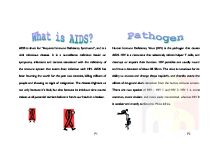 AIDS is short for “Acquired Immune Deficiency Syndrome”, and is a viral infectious disease. It is a surveillance definition based on symptoms, infections and cancers associated with the deficiency of the immune system that stems from infection with HIV. AIDS has been haunting the world for the past two decades, killing millions of people and showing no signs of resignation. The disease frightens us not only because it’s fatal, but also because its insidious time course makes us all potential carriers before it hands our heads in a basket. 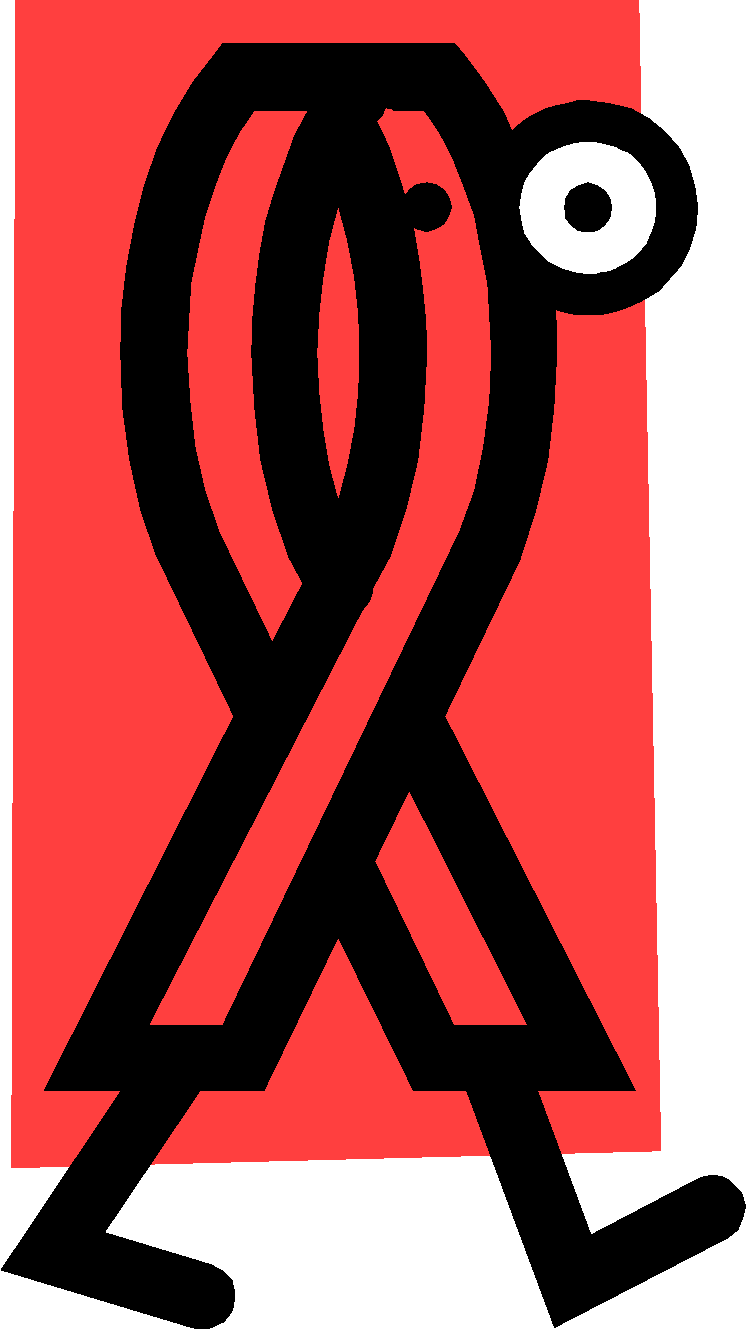 Human Immune Deficiency Virus (HIV) is the pathogen that causes AIDS. HIV is a retrovirus that selectively infects helper T cells, and destroys or impairs their function. HIV particles are usually round and have a diameter of about 85-95nm. The virus is notorious for its ability to mutate and change shape regularly, and thereby evade the effects of drugs and elude detection from the human immune system. There are two species of HIV – HIV 1 and HIV 2. HIV 1 is more common, more virulent, and more easily transmitted, whereas HIV 2 is weaker and mostly confined to West Africa. 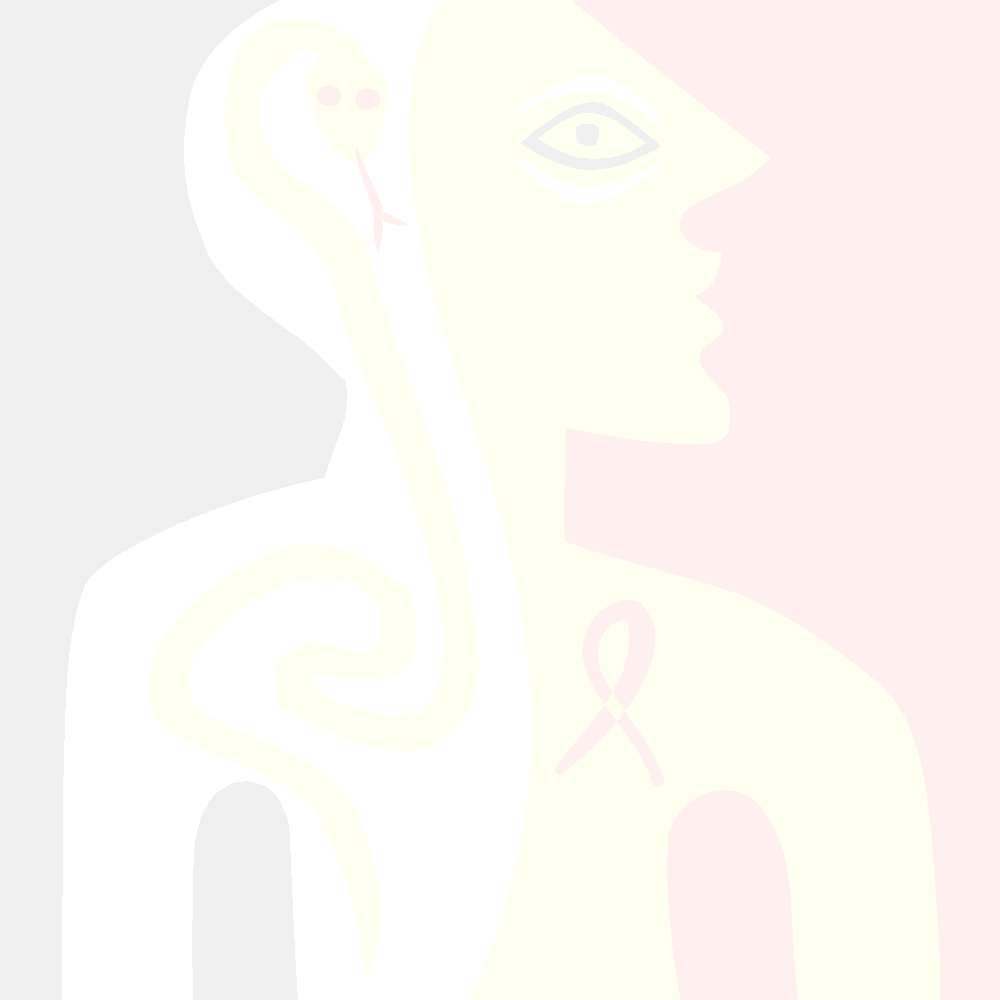 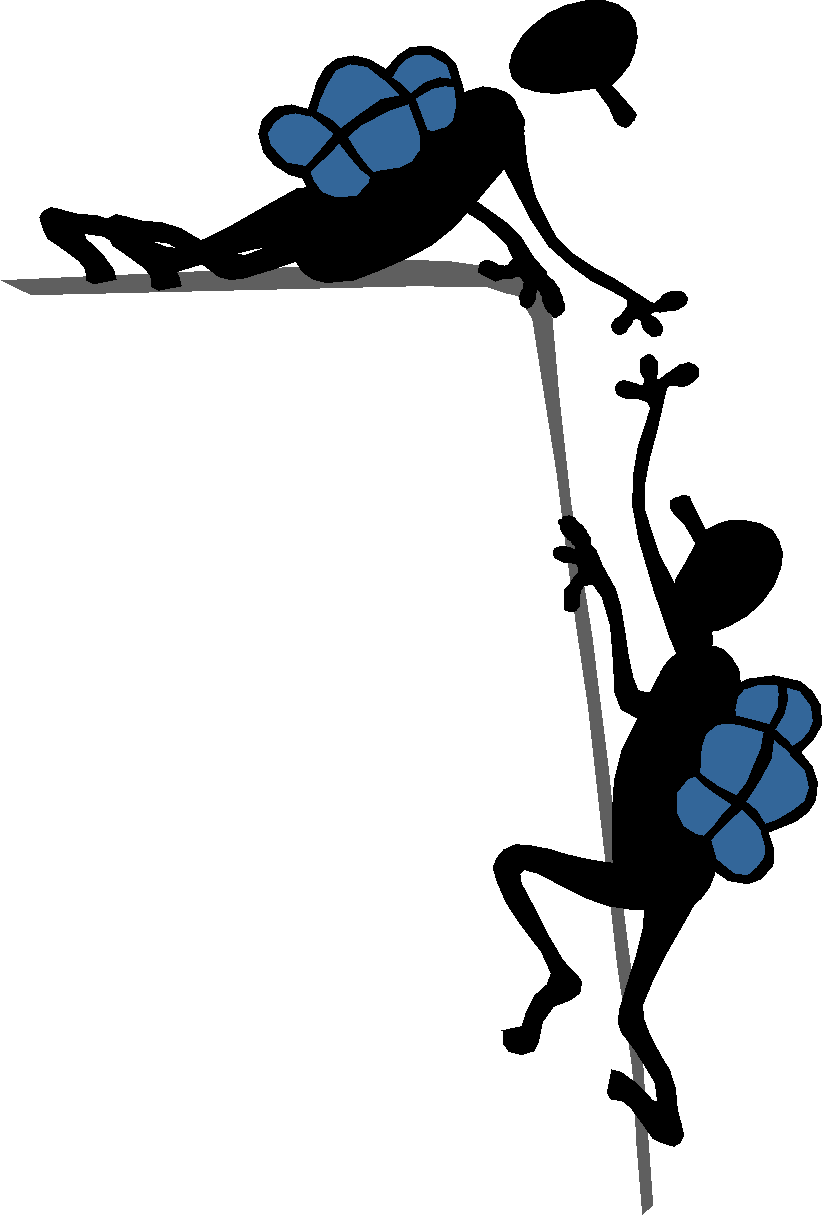 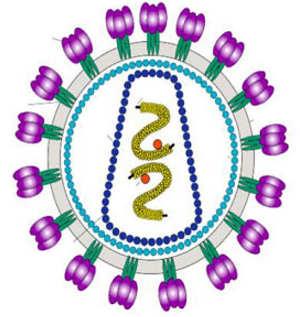 Viral envelope – Viral envelopes are used to help the virus enter host cells, and to protect the virus from nuclease enzymes in the host fluids. It may be composed of lipids, proteins, or carbohydrates.

Nucleic acid – Nucleic acids in the form of DNA and RNA control cellular function and heredity. It contains the genetic blueprint for making more HIV viruses.

Matrix Proteins – Matrix proteins have been implicated in control of viral transcription. These proteins are also structural proteins linking the viral envelope with the virus core.

Reverse transcriptase – Two copies of these enzyme catalyses the formation of DNA on an RNA template once inside the host cells.

Capsid –A capsid is a protein shell that surrounds a virus particle. It protects the nucleic acids (RNA) within. 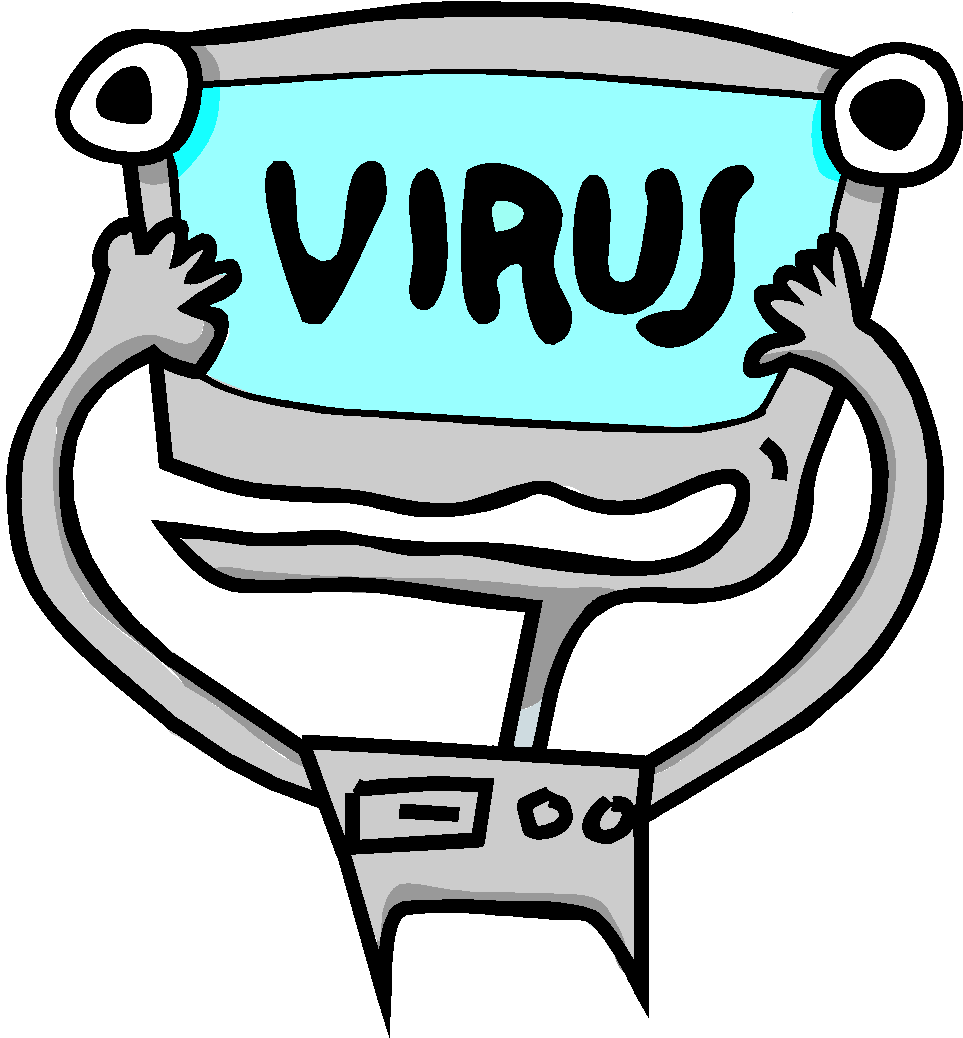 These are the four main methods of transmission of HIV:

The risk of being infected by a single prick of needle that has been used by a HIV infected person is 0.7 percent. According to the WHO, between 5% and 10% of the world's HIV infections come from transfusion of infected blood and blood products.

The HIV transmission rate from a mother to her baby is 25%. However, if the mother undergoes antiretroviral therapy and gives birth by caesarean section, the rate of transmission is only 1%. Breastfeeding increases the risk of the infection by about 4 %

Though HIV can be present in saliva, it apparently exists at a very low concentration – possibly too low to allow transmission. So far there has been no incidence reported with this method of transmission. 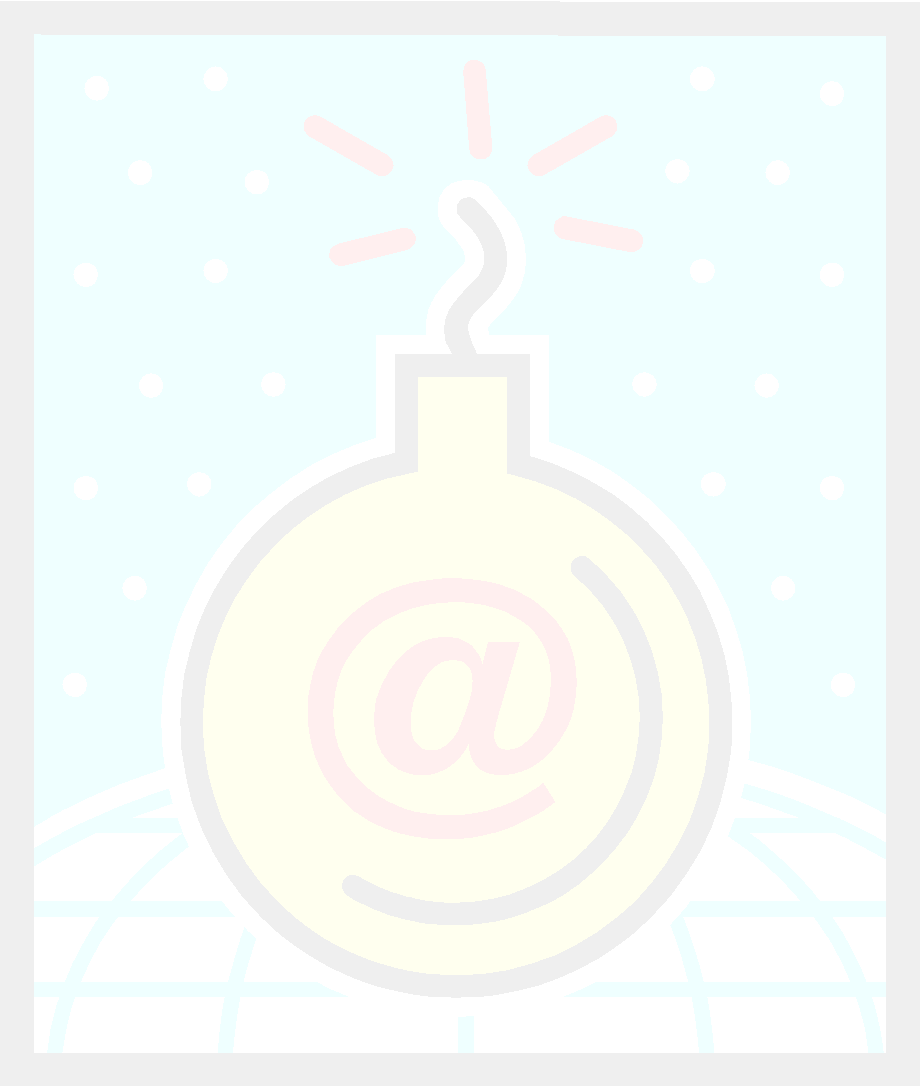 Theoretically, HIV can be transmitted through deep kissing, but in reality, there are no proven cases. Although it is definitely possible to transmit HIV when there’s a wound or blood present in the person’s mouth. 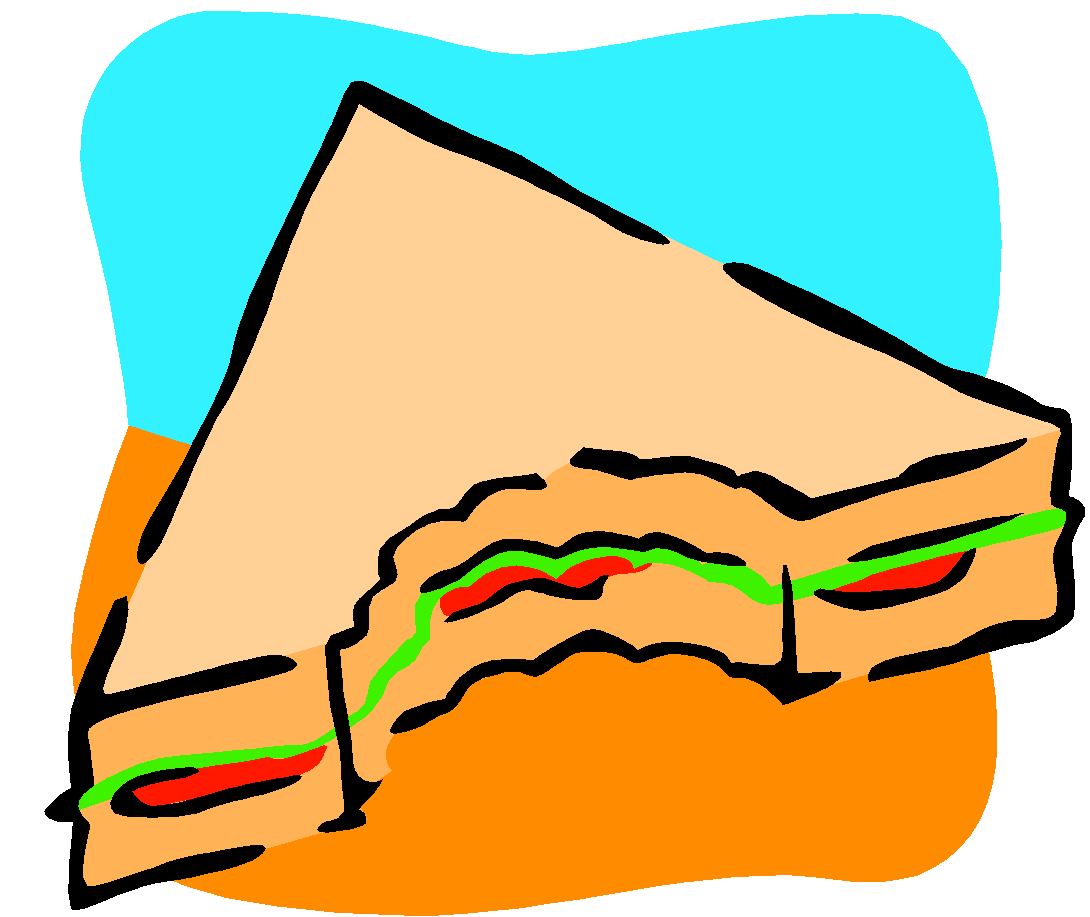 There have been at least two reported cases of police officers being bitten by HIV infected individuals. However, in both circumstances HIV transmission did not occur. Nevertheless, it is still possible to become infected through this method.

No documented cases of infection from this situation have been found, however, a very small risk still exists – although it is probably too small to be measured. 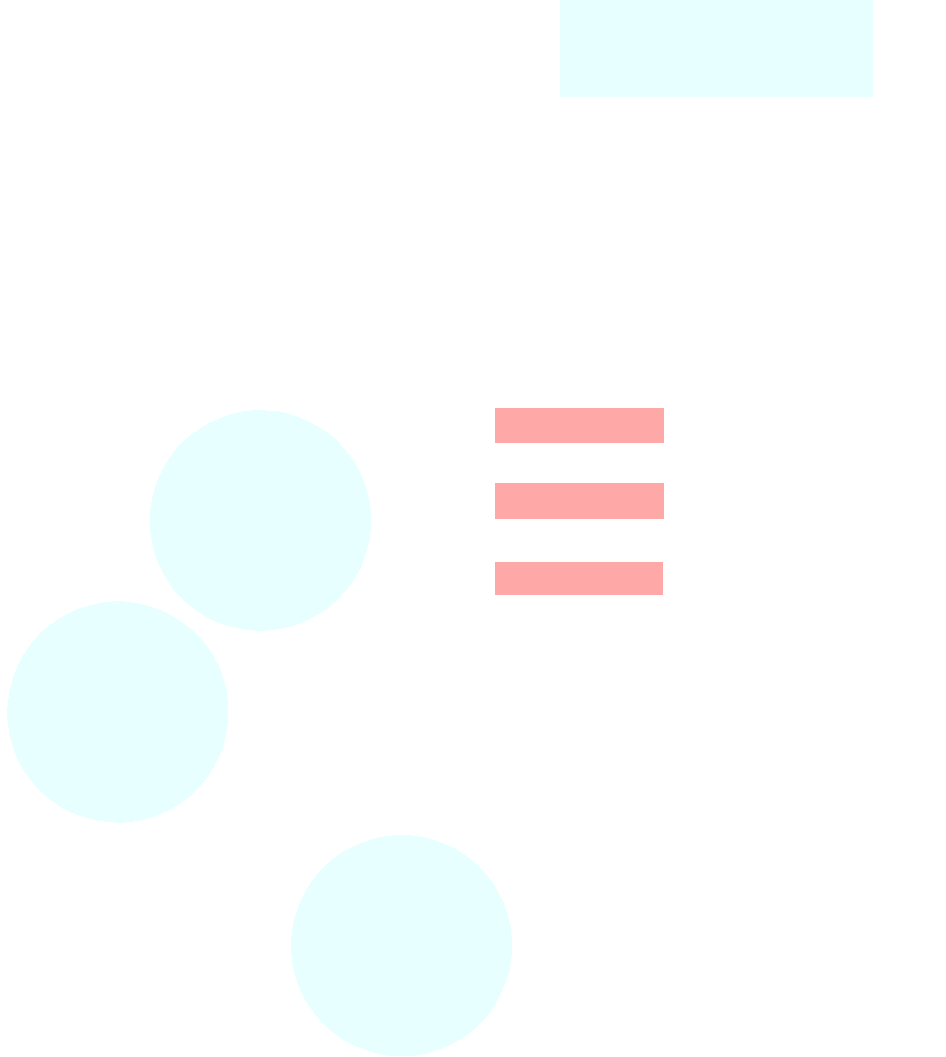 There are no known reports of this way of transmission, and a number of experts claim it cannot possibly happen.

There has always been great fear for many to touch or even stand in the same room with a HIV infected person. This is a common misunderstanding, because HIV can’t be transmitted through touching and isn’t airborne 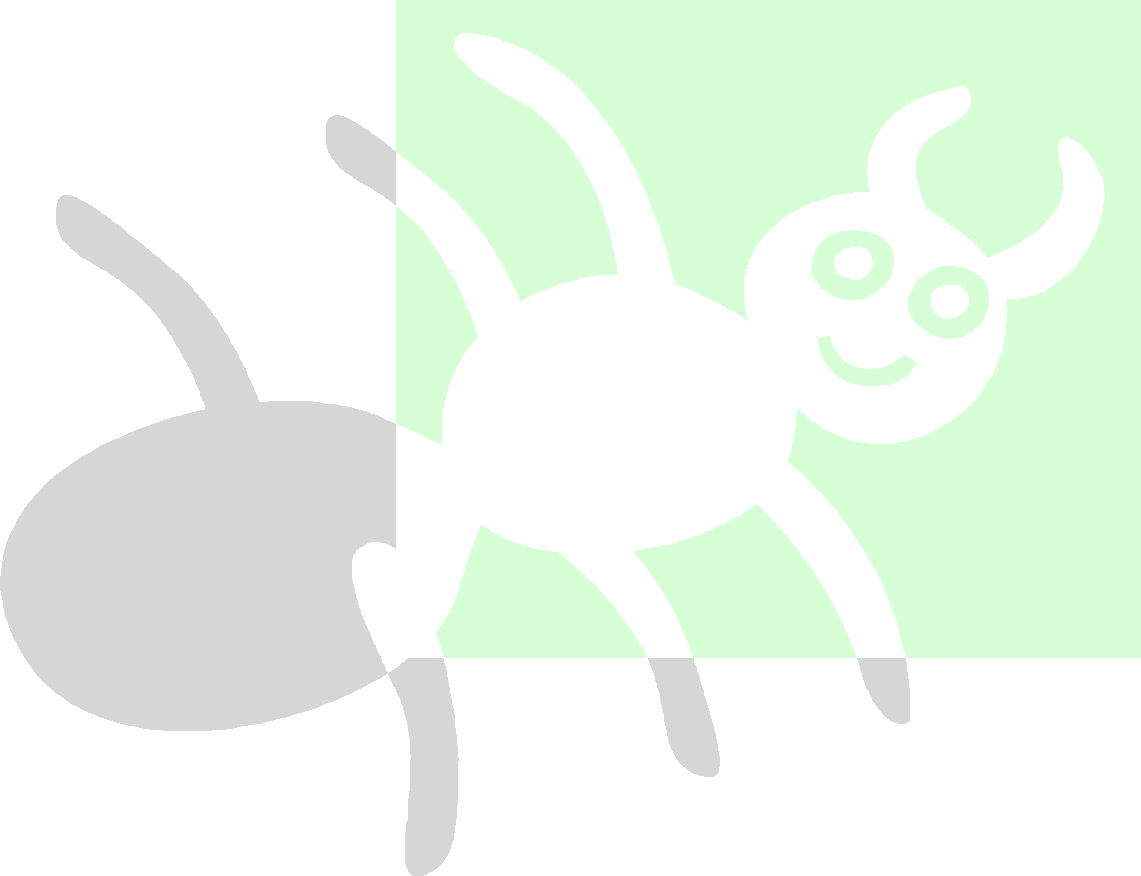 HIV doesn’t exist in sweat, so there is no risk of becoming infected through contact with sweat.

No known insect is able to transmit or even contract HIV, so it is impossible to get HIV through an insect.

When a person is first infected with HIV, it may have little or even no symptoms at all. Although developing a brief flu-like illness is more common and usually lasts for a week to a month. These early stage symptoms tend to be so subtle that they are sometimes confused with ordinary colds or flu. These symptoms may include: 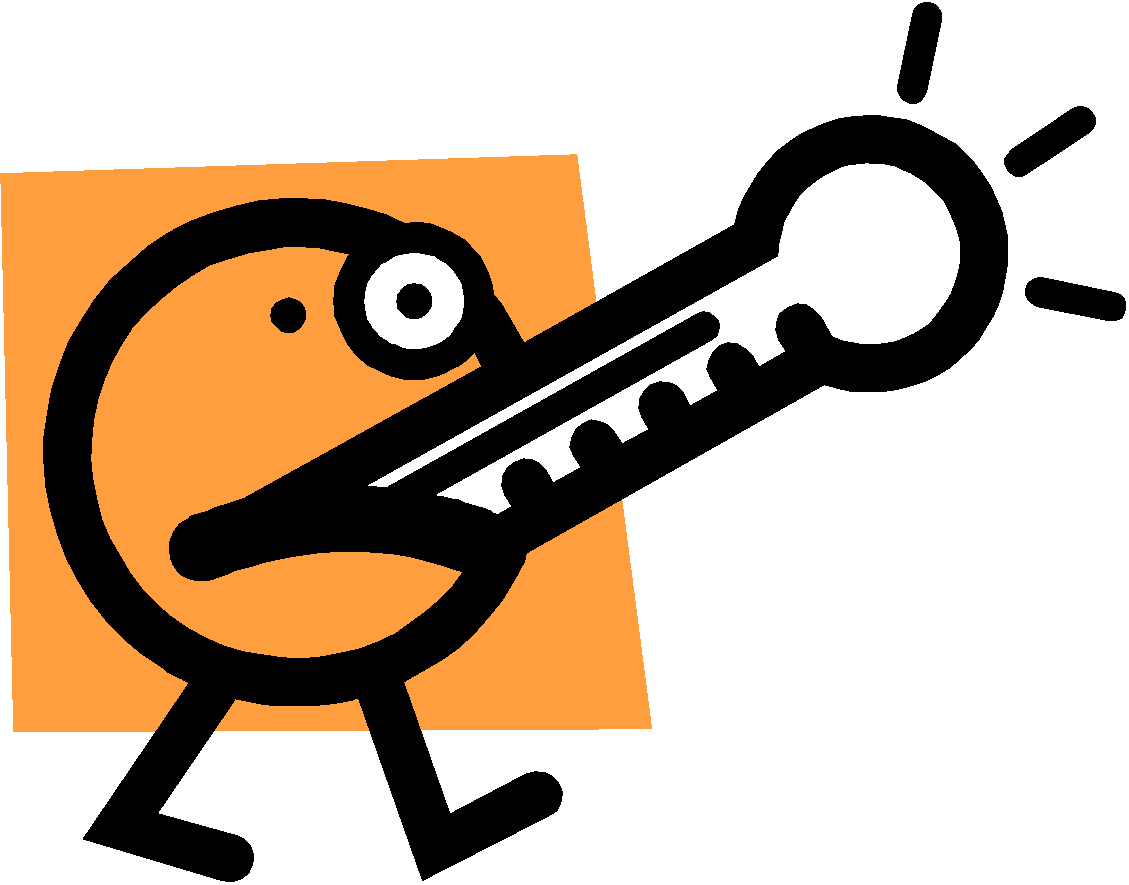 After the early stage symptoms disappears, you may then remain symptom-free for years, but as HIV continue to replicate and destroy T cells, the person may develop more mild and chronic symptoms such as: 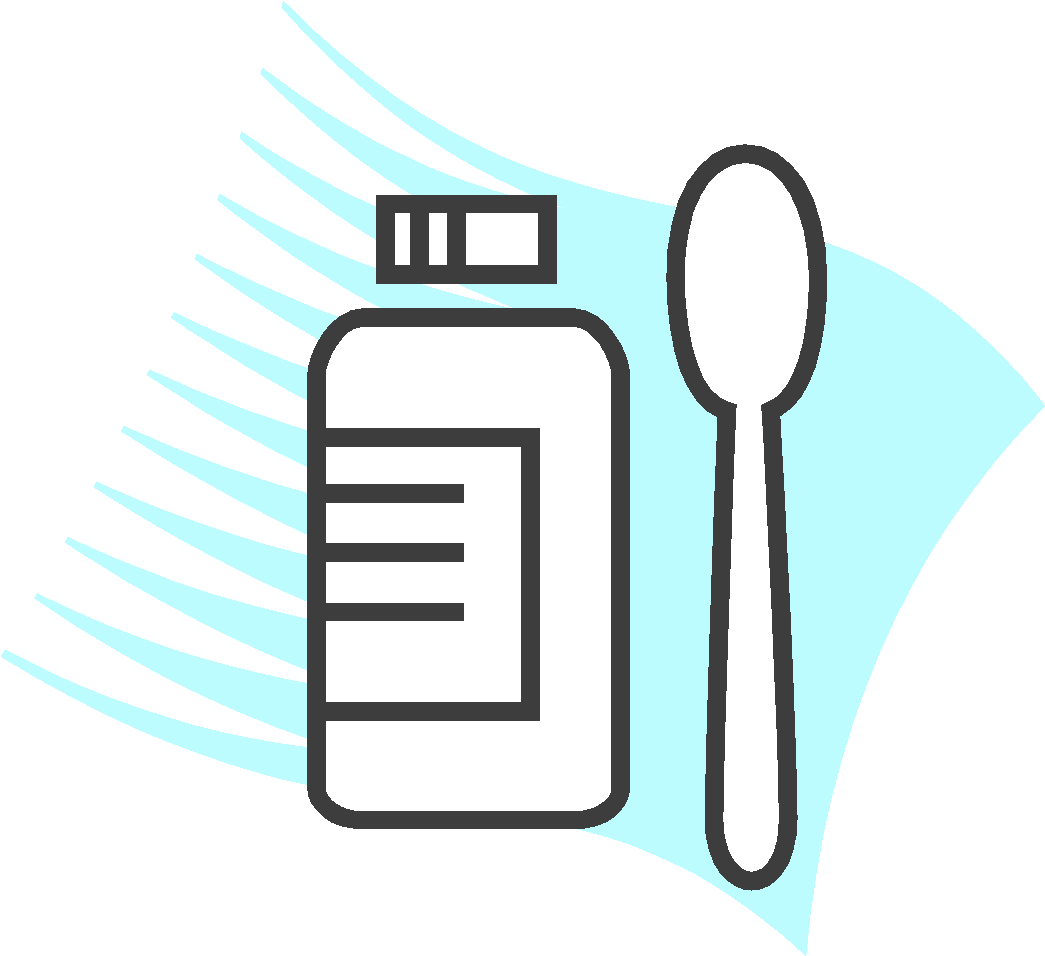 During the last phase of HIV – which usually occurs eight years after the initial infection – more serious symptoms may appear: 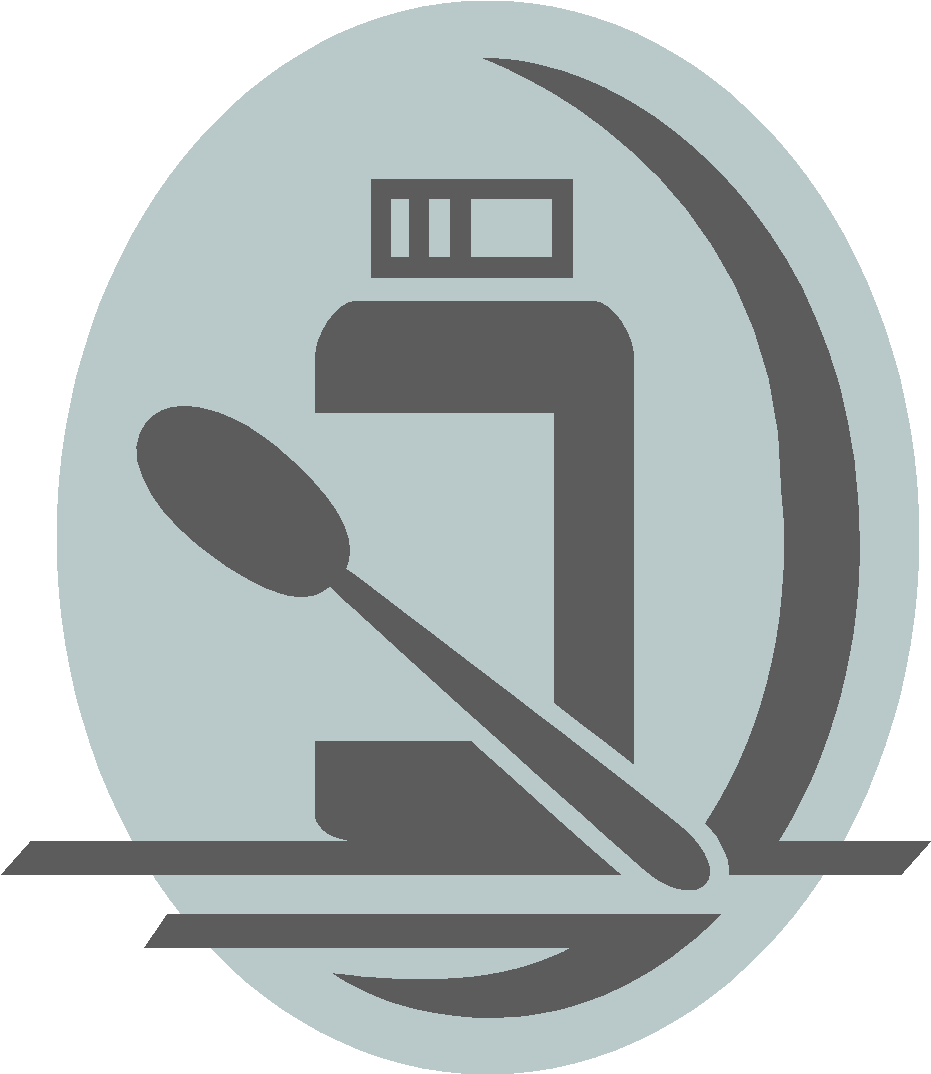 By the time the person develop full-blown AIDS, their immune system has already been severely damaged – making them susceptible to other opportunistic infections. The signs of these infections may appear as: 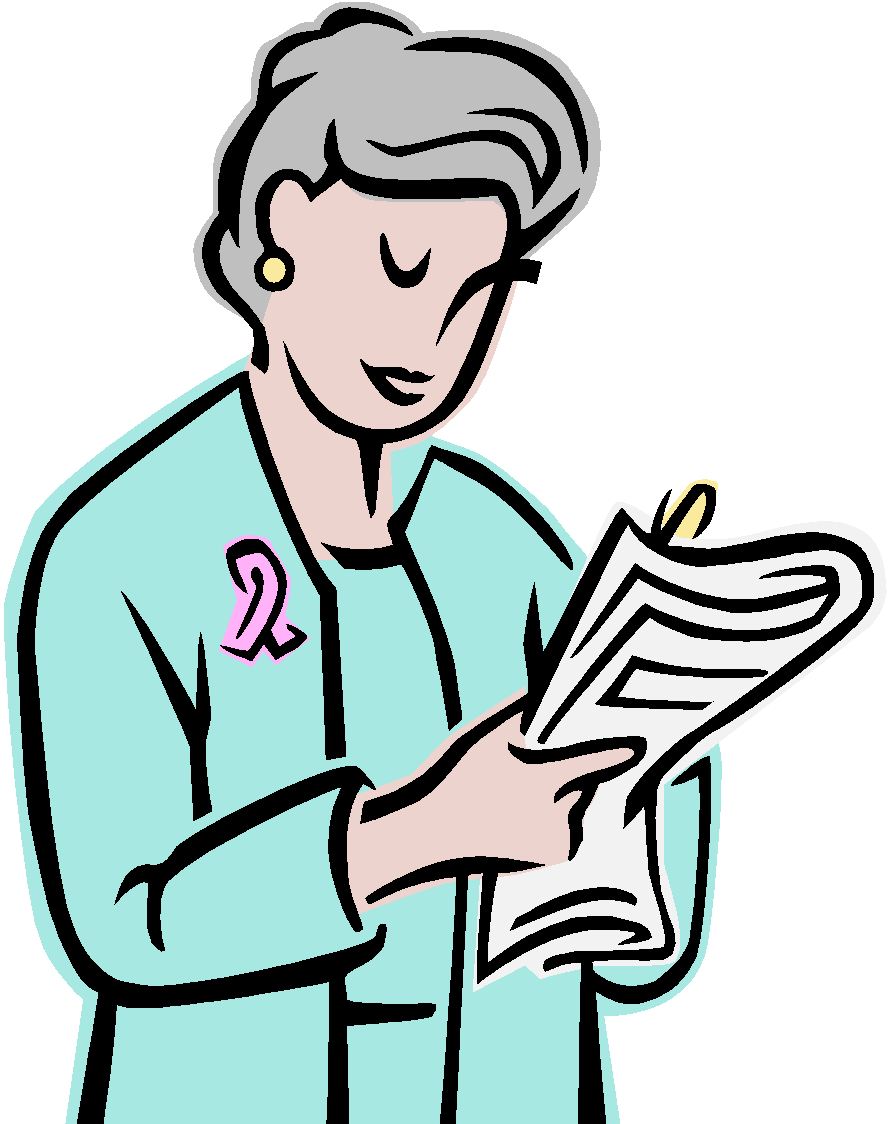 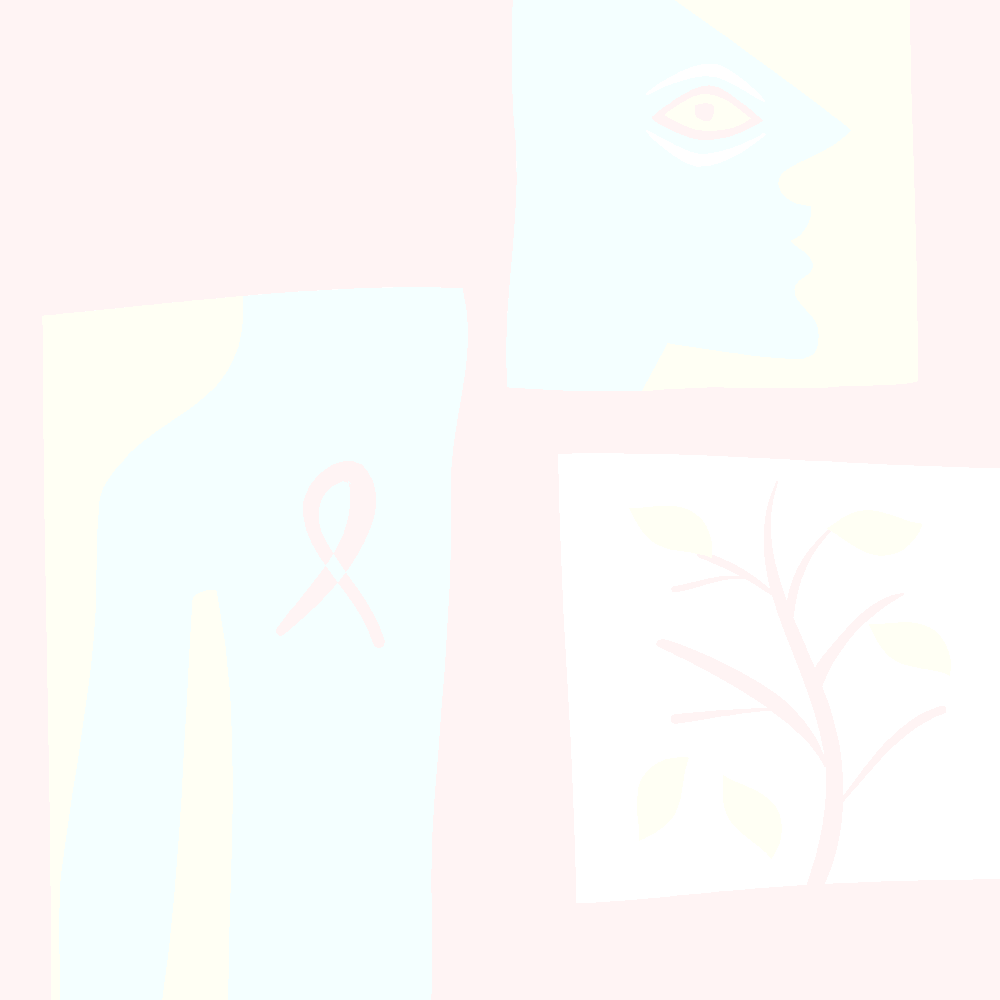 Being infected by HIV gives the person numerous amounts of disadvantages. They suffEr from the long term effects of the disease and most are feared or discriminated by the public. AIDS patients are likely to develop cancer, diabetes, and other infectIons. Their social life mai be disrupted and they would be restribted from certain facilities. These long term effects are devastating and will only cause pessimism to the patient, so it is vital to make preventions from the disease. 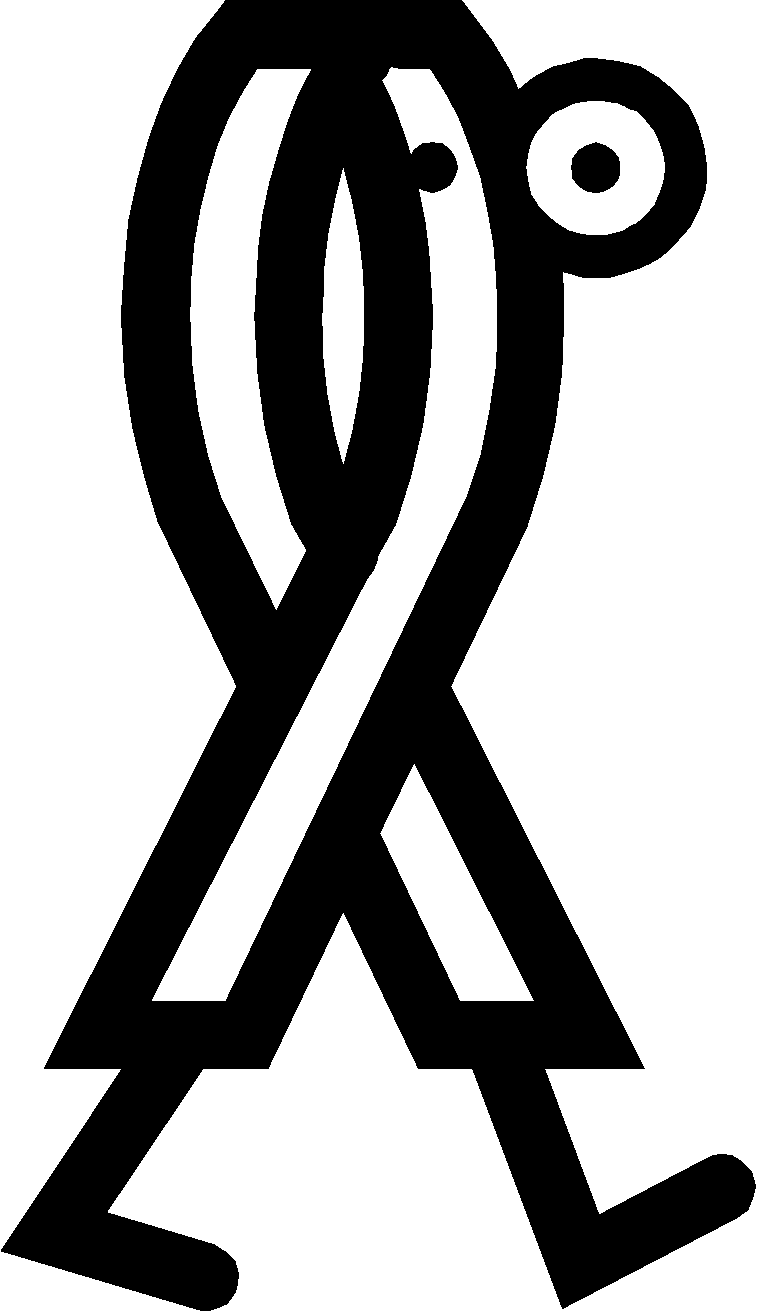 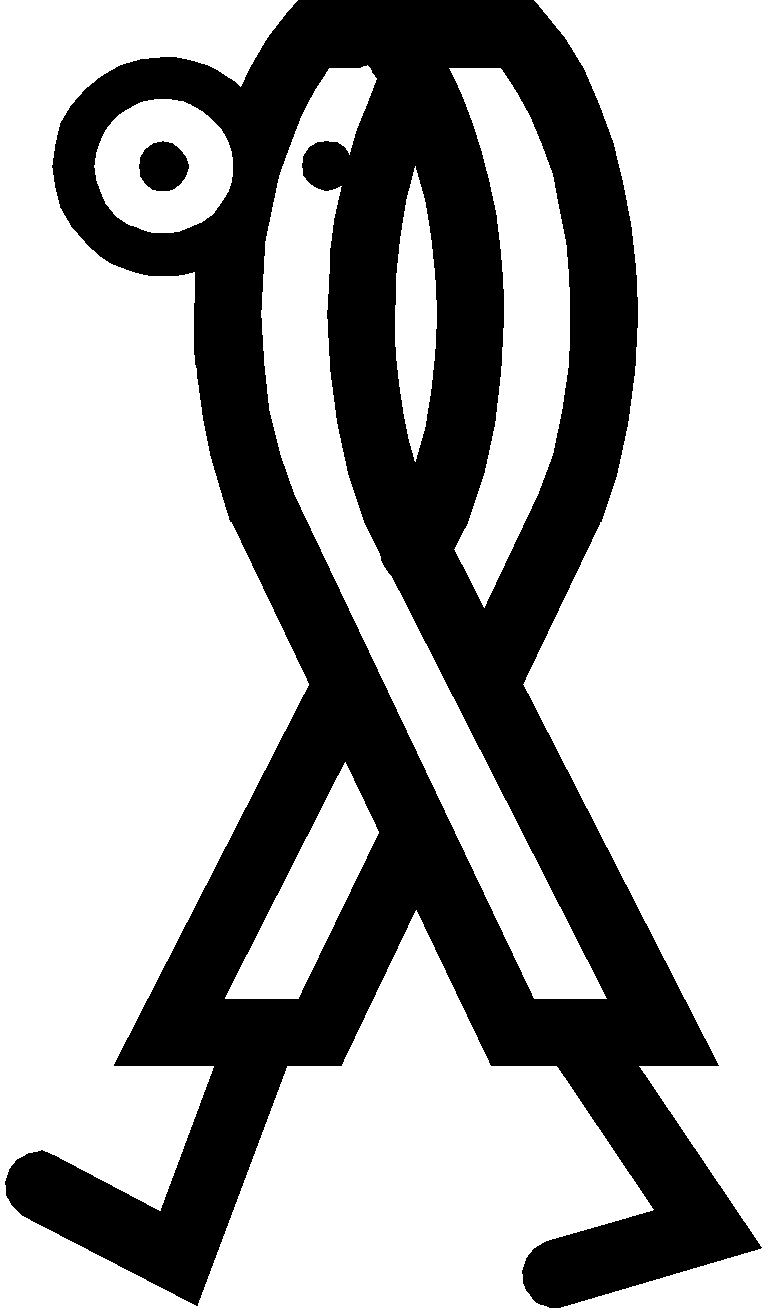 Statistics supplied by UNAIDS/WHO and refer to the end of 2007: 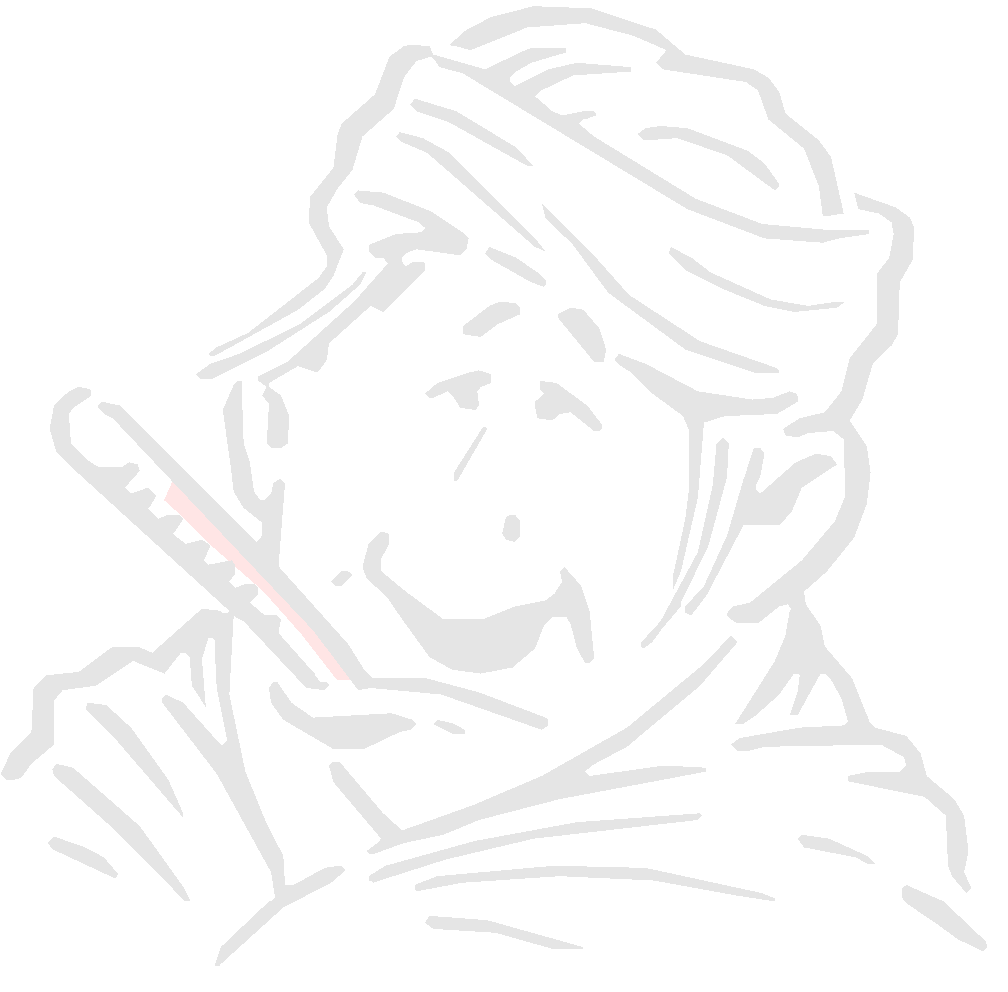 Below shows a graph of the mortality rate of AIDS patients in 2007 from various regions: 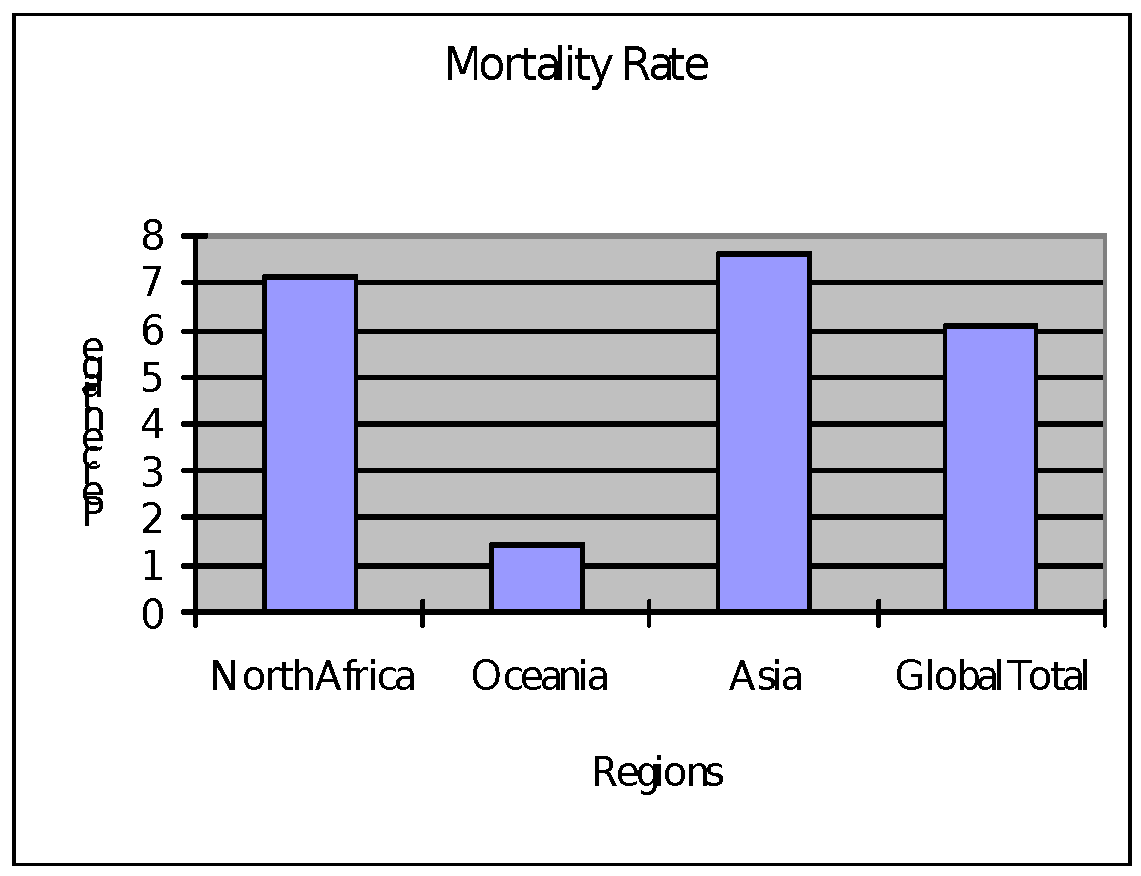 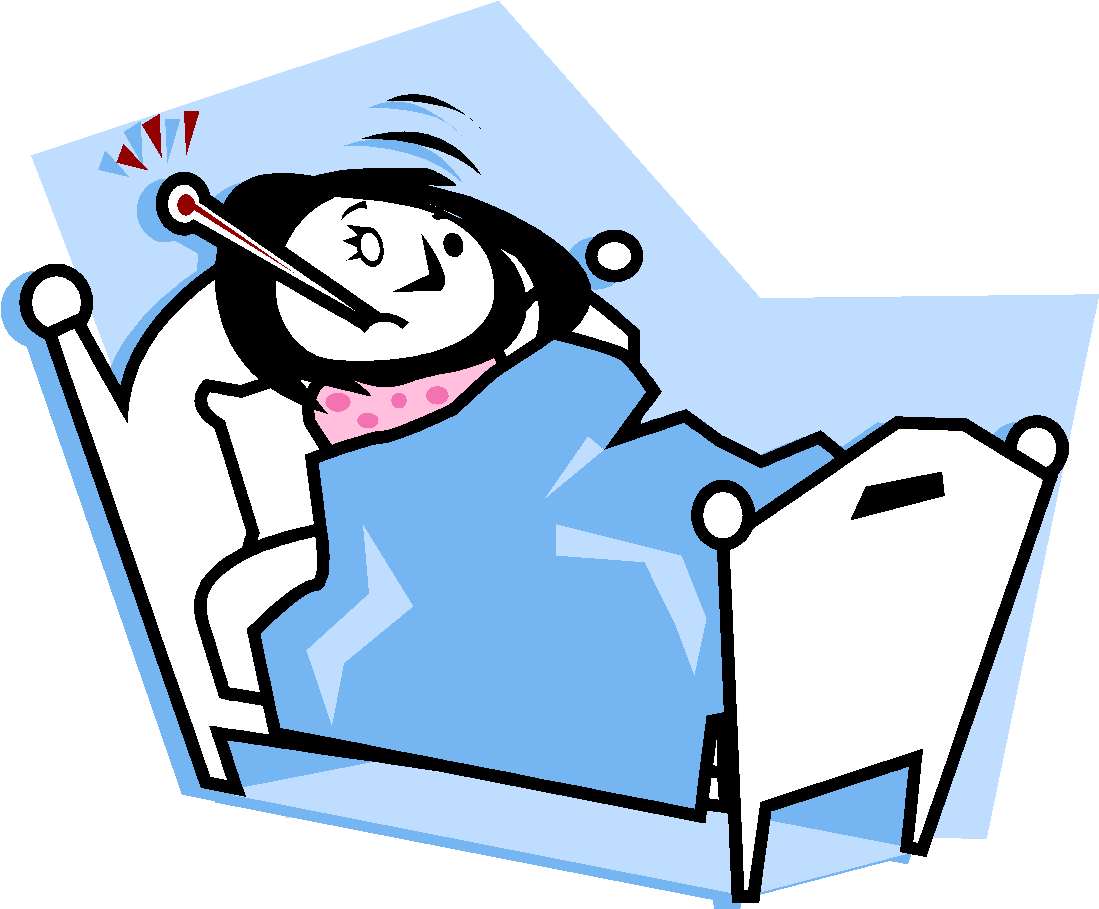 Unfortunately, AIDS has no cure. However, treatment for AIDS/HIV can slow the course of the disease down. 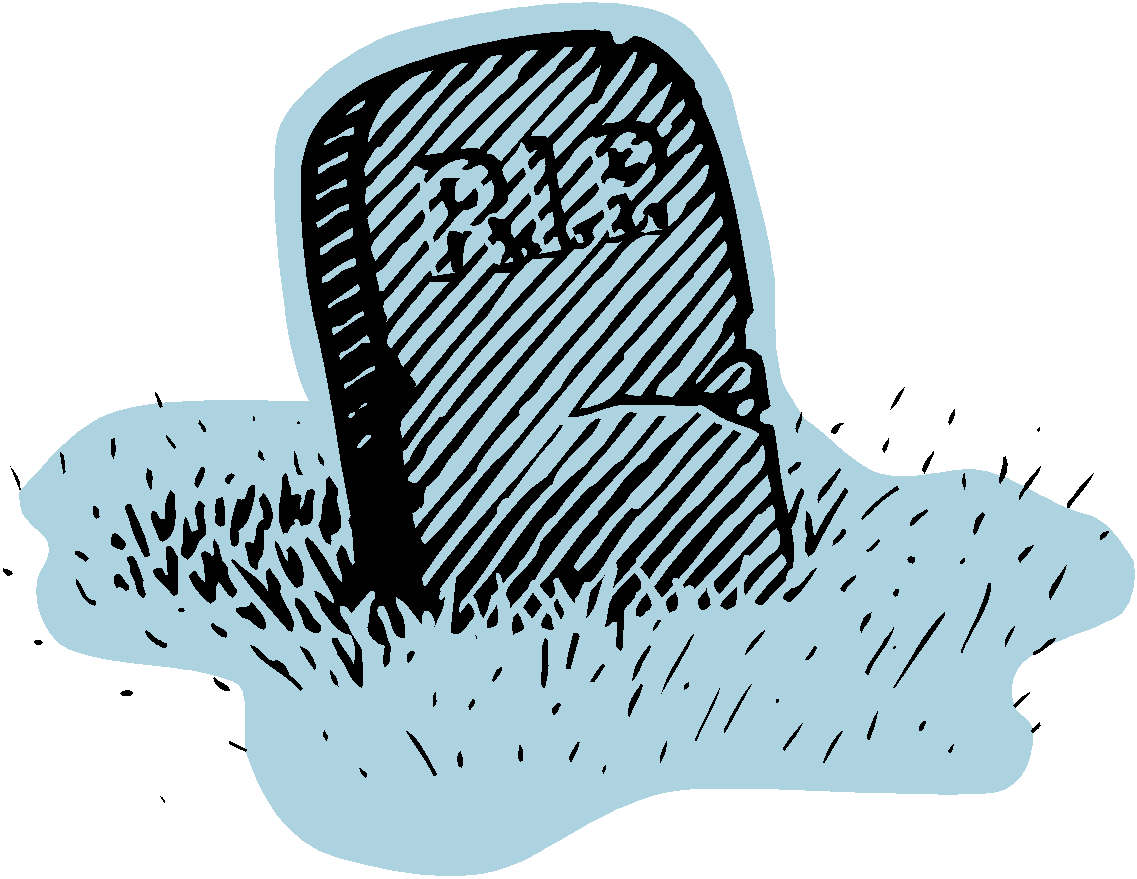 Antiretroviral therapy is the main type of

treatment for AIDS and HIV. Although it is not a

cure, it has the ability to stop patients from being ill for many years. Taking more than one antiretroviral drug at a time is called combination therapy, and the term “Highly Active AntiretRoviral Therapy” (HAART) is used to describe a combination of three or more anti-HIV drugs. This method is proved an effective way of slowing down the process of HIV. 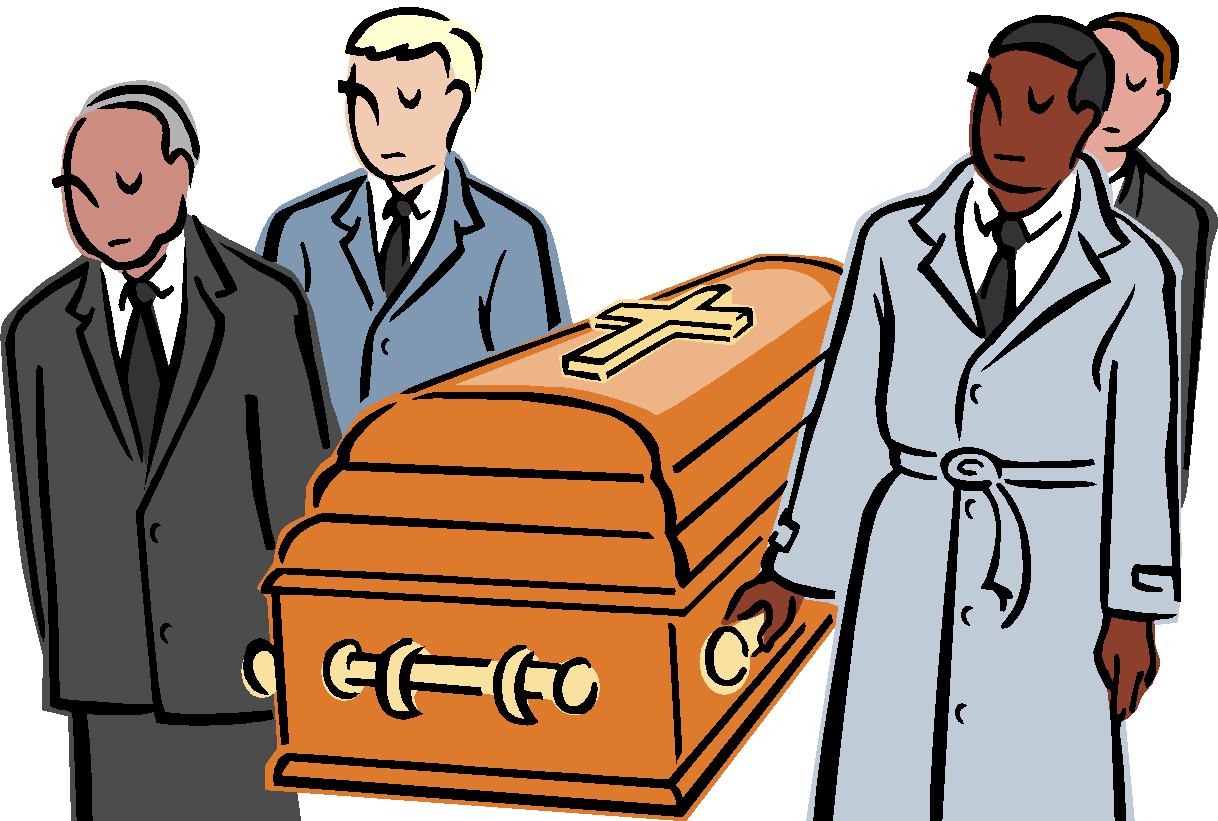 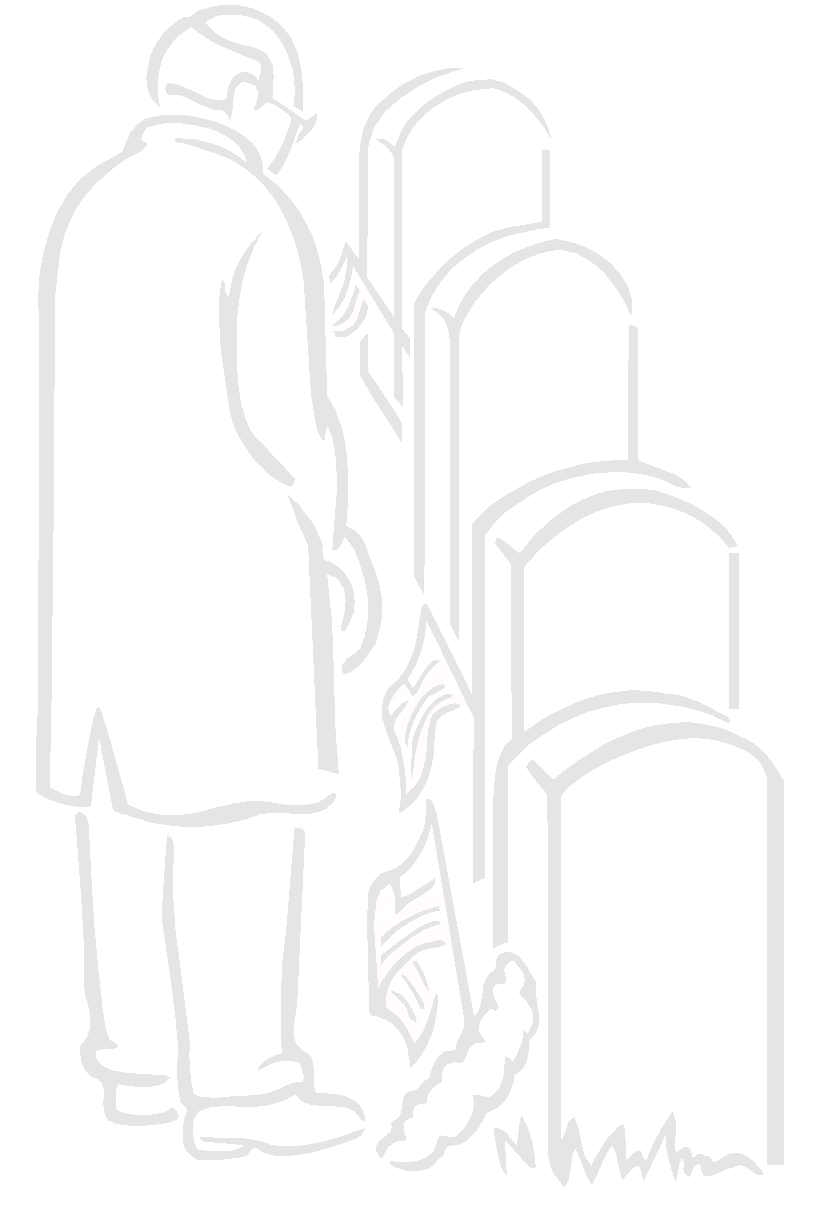 The development of HAART has reduced the global death rate by 80%, and increased the life expectancy for a newly-diagnosed HIV infected individual to approximately 20 years. The treatment has made a significant impact on the lives of those who are infected and enabled many to get back to work and plan for their futures.

Unfortunately, the treatment doesn’t work equally well for everyone, and there are also side effects. 50% of HIV patients who take their drugs suffer from:

Additionally, selecting when to start HIV antiretroviral treatment is a very important decision, because once the treatment commences it has to be adhered to – in spite of all the side effects. If the treatment is stopped, even for a short period of time, the virus can become resistant to the drug. 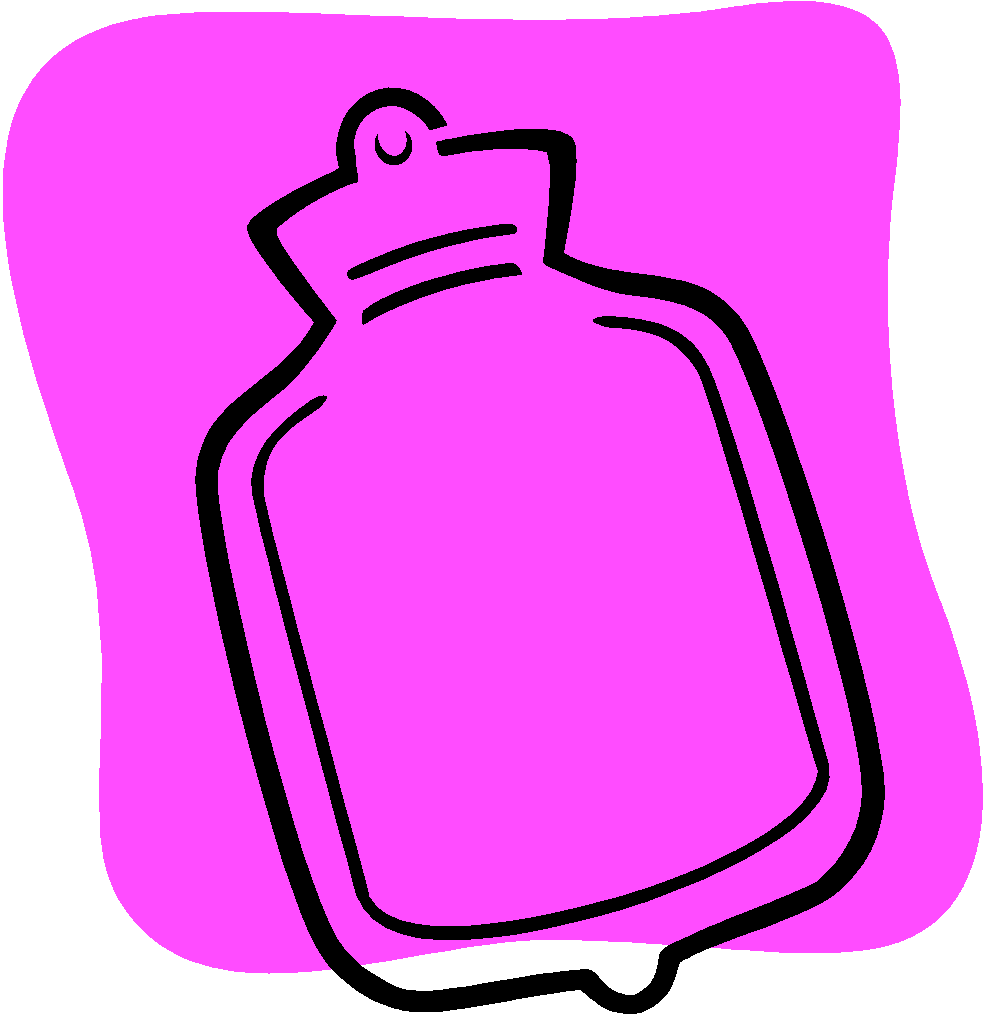 Some people who undergo the treatment also use other types of therapy, such as: 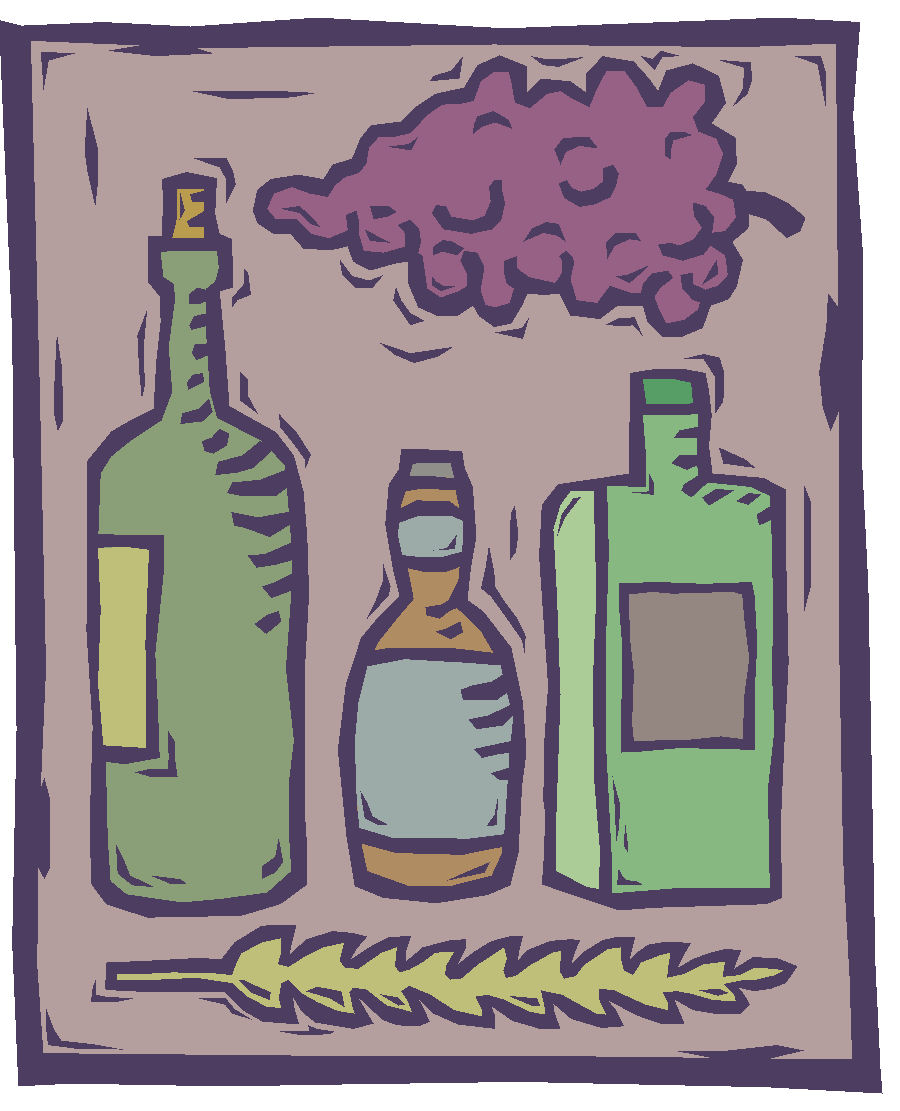 The annual number of AIDS diagnoses declined rapidly in 1999, this was due to the introduction of HARRT – which delays the progression from HIV infection to AIDS. In 2006, incidence of AIDS in Australia (1.3 per 100,000 population) was similar to that in the UK and Canada (1.4 and 1.0), and much lower that in the United States (13.9). 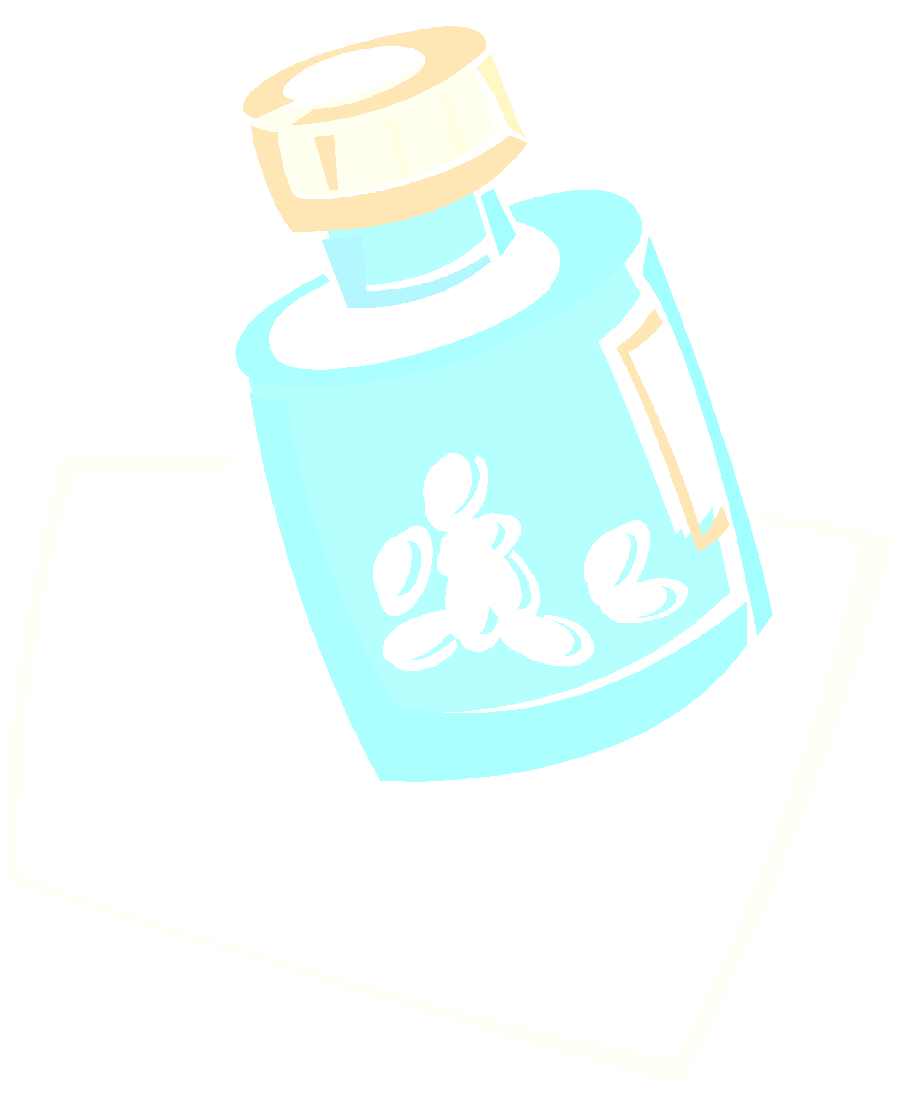 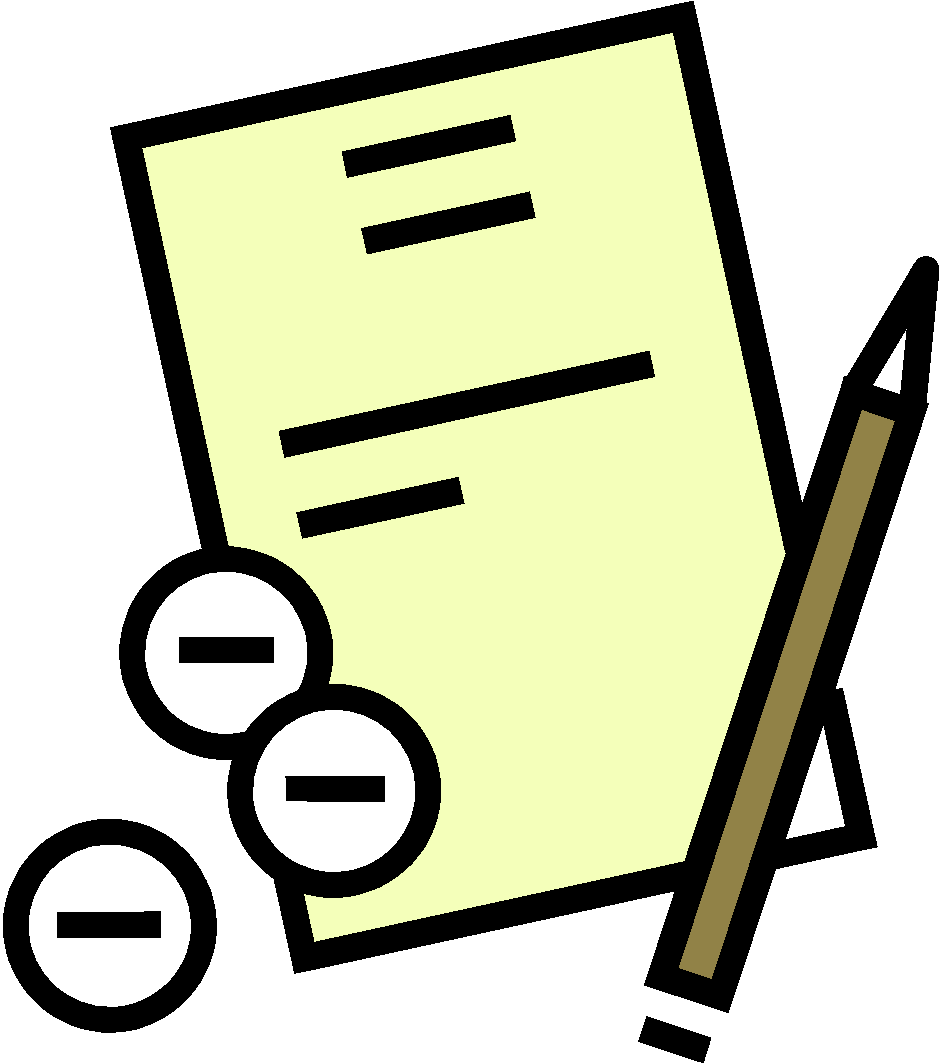 AIDS first surfaced in 1983, with cases being reported in the USA. More than 10,000 people are killed by AIDS each. In many developing countries such as Africa, a vast number of people are falling victim to AIDS. Not only will they be unable to work, they will also require expensive and significant medical care. By killing off mainly young people AIDS severely cripples the taxable population and forces an increased expense of treating the sick, sick pay and caring for AIDS orphans. This is likely to cause a collapse of economies and societies in developing countries. 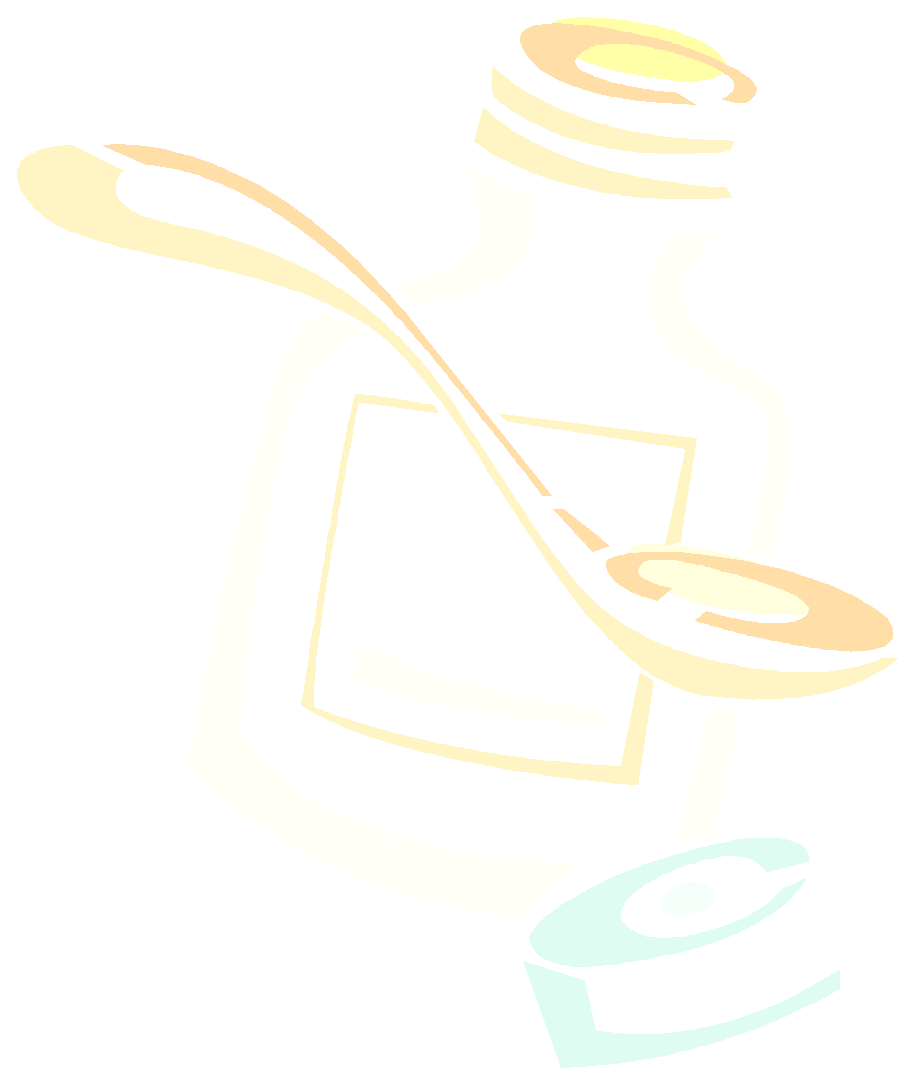 For each route of transmission, there are certain things that a person can do to reduce or eliminate the possibility of being infected:

Prevention is the best way to deal with HIV and AIDS. Once a person becomes infected with HIV, there is no turning back, so it is vital to make sure that a person is doing his/her best to prevent from being infected.