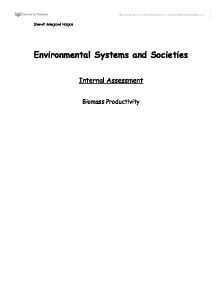 The aim of this experiment is to determine the productivity of a piece of grass within a five week period.

I think the productivity of the grass will show a gradual increase over the weeks that we measure it, because the grass it photosynthesizing all the time thus increasing in mass. Photosynthesis is a process by which green plants use the light energy to convert carbon dioxide and water into the simple sugar glucose.

To determine the productivity of an area of grass in our school we measure the biomass of a controlled size of grass every week. To do this first we measured and bounded a

area of grass within the school premises. Our initial aim was to find the biomass of a

sample and multiply our result by 25. And since we couldn’t fit the first sample into an oven and had to dry it in the sun, we did all the other samples in this way to make it a fair test. 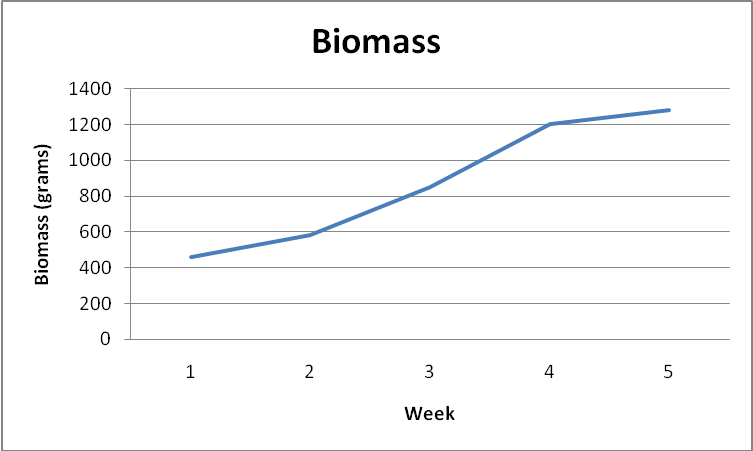 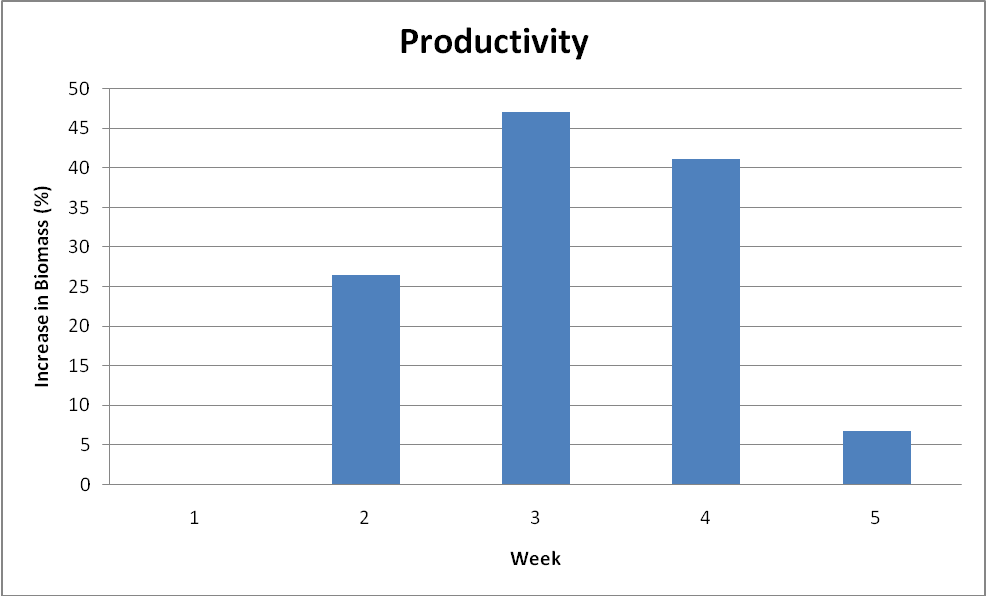 The results I got for my productivity proved my hypothesis; that the biomass would increase over time. I think the biomass for the first week is very low, not only because the initial biomass would be low, but also because of the large loss of biomass while washing the bigger sample. The second sample had a higher biomass than the first one; this is due to photosynthesis occurring thus increasing the biomass of the grass. With these two samples the productivity is clearly increasing, there is a defined difference between the two

There were several factors that might have affected the results we got in a negative way. Each of these may have contributed in altering the actual productivity of the piece of grass that we measured