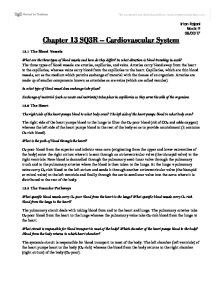 which tends to cause water to move from tissue fluid to the blood and blood pressure which causes water to move in the opposite direction. At the arterial end of a capillary blood pressure outweighs the osmotic pressure and thus this is where water exits. In the middle of the capillary where the BP is lower, two forces essential cancel each other out allowing for no net movement of water. Solutes diffuse according to their concentration gradient (nutrients like glucose and oxygen diffuse out of the capillary whereas waste like carbon dioxide diffuses in). These substances that leave the capillary contribute to tissue fluid (the fluid between the body's cells) which contains all components of plasma (with lesser amounts of protein). The venous end of a capillary, as you'd expect, is where you have osmotic pressure greater than BP and thus you have water moving into the capillary (enough to virtually cancel out the amount that left). However, some excess tissue fluid is always collected by the lymphatic capillaries and stored as lymph which is later returned to the system venous blood when the major lymphatic cessels enter the subclavian veins. 13.5 Cardiovascular Disorders What are some common disorders associated with the cardiovascular system? Some common disorders associated with the cardiovascular system are atherosclerosis (accumulation of soft masses of fatty materials beneath the inner linings of arteries - plaque), stroke (bursting of blockage of small ...read more.

4. Does the heart quit beating if the SA node fails? The AV node also generates impulses to contract, so although the heart does not beat as rapidly when the SA node fails, it continues to beat. 5. What is a portal system? Give an example of one in the human body. A portal system begins and ends with a bed of capillaries. An example of one in the human body is the hepatic portal system that carries blood from the small intestine to the liver rather than into general circulation. 6. Is arterial blood pressure constant throughout the body? Blood pressure is not constant throughout the body but instead decreases with distance from the left ventricle. 7. What is the primary function of red blood cells and white blood cells? Red blood cells contain hemoglobin and function to distribute oxygen throughout the body. The various types of white blood cells participate in defending the body against disease. 8. What portions of the blood participate in clotting? Blood clotting involves two plasma proteins, prothrombin and fibrinogen, along with platelets. 9. What are the two primary disorders that lead to stroke, heart attack, and aneurysm? Hypertension and atherosclerosis may lead to stroke, heart attack, and aneurysm. 10. What are the recommendations for maintaining a healthy cardiovascular system? A heart-healthy diet, regular exercise, proper weight, and not smoking are recommended for a healthy cardiovascular system. ?? ?? ?? ?? Irfan Rajani Block: E 08/02/17 ...read more.