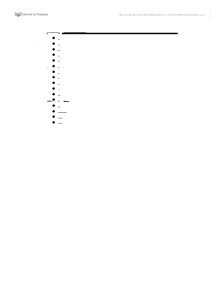 Cells - revision notes. All living things are made up of cells which have an outer boundary, nucleus, cytoplasm and organelles.

CELLS Cell Theory 1. All living things are made up of cells 2. Cells are the smallest unit of life 3. All cells arise from pre-existing cells 1. All living things are made up of cells which have an outer boundary, nucleus, cytoplasm and organelles. However there are many exceptions to this rule. Eg: Muscle cells are multi nucleated, fungi have no cell membrane or cell wall, viruses behave like non-living entities, RBC's have no nucleus 2. Cells are the smallest unit of life that can show all the characteristics of a living organism. Its functions are carried out by organelles. Eg: mitochondria and chloroplasts are autonomous organelles and have their own DNA 3. All cells arise from pre-existing cells by the process of cell division. In primitive organisms like amoebas, it occurs by binary fission while in higher organisms, it occurs by mitosis. The first cell however was formed by spontaneous generation. This bio-molecule should have been self-replicating like macromonial RNA UNICELLULAR ORGANISMS They carry out all the functions with the help of a single cell. The main functions of such cells are: 1. Response to change in environment 2. ...read more.

As a result the rate of exchange depends as the rate of exchange depends upon the surface area that is in contact with surroundings 4. In large organisms like elephants the exchange rate with the surroundings occurs much slower. As a result heat exchange slows down. And so large ears are developed to increase surface area for heat exchange 5. In smaller organisms there is rapid exchange with the environment. It rapidly loses heat. In order to produce heat, it consumes food at a fast rate to produce heat by respiration 6. In order to maintain surface area - volume ratio, cells continuously divide to form smaller cells 7. They may develop additional features like extensions, foldings, cilia etc. to increase surface area 8. Smaller cells have: - faster rates of diffusion - faster rates of absorption - efficient removal of heat - production and utilization of energy is better MICROSCOPES Light Microscopes * Uses light (0.4 - 0.7 um) * Uses lenses to focus light * Dead and living cells can be seen * Staining is not required * Real colours can be seen * Less expensive Electron Microscopes * Uses electrons (0.005nm) ...read more.

Thread like projections 2. More numerous than flagella 3. Helps in attachment 4. Could transfer DNA from one cell to another Slime Capsule 1. Thick polysaccharide layer outside of the cell wall 2. Used for sticking cells together, as a food reserve as protection against desiccation and chemicals and as protection against phagocytosis 3. Many cells may fuse together to form a biofilm. Eg: dental plaque Plasmids 1. Extra nucleoid DNA 2. Can replicate particularly before binary fission 3. Associated with conjugation 4. May contain antibiotic resistance gene Binary Fission 1. Prokaryotic cells divide by binary fission 2. Asexual reproduction methods in which a cell divides into two same sized cells 3. Cells formed are clones 4. Replicates once every 40mins at 37�C. If more carbohydrates are provided than it can reduce once in 20mins 5. Takes place in 4 steps * Reproduction Signal - Signals may be internal or external * Replication of DNA - Replication starts at one point of the circular DNA (origin - ori) and proceeds around the loop until 2 loops are formed. The process finishes at a single point call (termination - ter) position * Segregation of DNA - The two loops are separated by using energy and more to opposite ends of the cell * Cytokinesis - The plasma membrane forms a constriction in the middle and forms two cells ...read more.