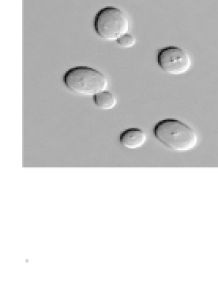 Investigation Of Factors That Affect Carbon Dioxide Production In Yeast

﻿________________ Factors that Influence Gas Production in Yeast Research Questions: 1. What is the optimal temperature for yeast to metabolize sugars? 2. What is the sugar that is most readily metabolized by yeast? Are there any sugars that yeast cannot metabolize? 3. What is the optimal concentration of sugar (in 60 mL of water) for yeast? Results: The amount of carbon dioxide (CO2) produced by yeast in various conditions (independent variables: temperature, sugar type, and sucrose concentration) was recorded and is shown in the table below. The table also contains the processed data of the average amount of CO2 produced by yeast under different conditions and the standard deviations for those sets of data. * Data Point is not included in the calculation of the Mean and Standard Deviation. (See Evaluation for detail) 1. Processed Data (Mean and Standard Deviation) are highlighted in purple. 2. Some data points were recorded only to the first decimal place (color-coded in brown) depeding on the executing groups. Data Processing: 1. Mean is calculated by dividing the sum of all the data points by the number of data points. 2. Standard Deviation (S.D.) is calculated by using the formula STDEV in Excel. Graphs: Figure 1: ** **Note for Figure 1: Through the observation of the error bars of Fructose and Sucrose bar graphs, it is difficult to determine if there is a significant difference between the means of these two sets of data. ...read more.

However, when the temperature exceeds the thermal tolerance of the yeast, the yeast will disintegrate and therefore, the reactions are slowed down. As a result, the production of carbon dioxide decreases. This result resembles the same trend of the effect of temperature on enzyme activity. Enzyme activity rate increases along as the temperature increases and decreases rapidly when the temperature reaches and exceeds the optimal temperature because denaturation happens. Yeast metabolize sugar with the majority of help coming from enzymes explains the resemblance between the two trends. The Sucrose Concentration factor: Because there is no significant difference between most of the data sets (with the exception of the data set of 0.0g sugar concentration), no definite conclusion can be drawn from this part of the experiment. Though the optimal sugar concentration may exist, it is not possible to be determined through the results shown in Figure 3. The expected trend for the optimal sugar concentration is similar to the trend of substrate concentration in enzyme activity. When the optimal concentration is reached, the reaction rate will not change anymore but stay at a constant rate. This phenomenon can be explained as when the optimal concentration is reached, all the yeast that are working in the sugar solutions are occupied, therefore, exceeding amount of sugar added in does not change the plateau that the reaction rate has reached. ...read more.

During the setting up of equipments, students should be make sure that the rubber stops are carefully fastened to prevent any gas leak. The limitation of the data collecting process can be improved by shortening the interval between the point of data. For the experiment on the effect of temperature on the gas production by yeast, the interval between tested temperature should be shortened from 10. 00C degrees to 5. 00C degrees and kept constant through out the whole experiment, unlike in this orginial lab, in which the interval is increased from 10. 00C degrees to 20. 00C degrees (40. 00C ? 50. 00C ? 70. 00C). For the experiment on the effect of sugar concentration on gas production by yeast, the interval between sugar concentration should also be shortened and kept constant at 0.5 g or 1.0 g through out the entire experiment, depending on the availabity of time and supply. For the experiment on the effect of different types of sugar on gas production by yeast, more types of sugar from each group of monosaccharides, disaccharides, and polysaccharides can be added, for examples: galactose and glycogen. The majority of the collected data shows relevance, which indicates that the lab went well overall. However, if the weaknesses and limitations mentioned above are taken into considerations for the next experiments, improvement on the data collecting process and lab design could be made. ...read more.