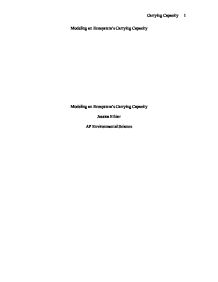 Odum proposes that growth of production is followed by growth of consumption until both factors become level in a steady state, and that the production and consumption of energy affects the development of the system itself. Odum has explained in Science that "during the trials and errors of self-organization, species and relations are being selectively reinforced as more energy becomes available to those designs that feed products back into increased production." He believes that the long range performance of such systems are maximized by short term consumption that doesn't interfere with production. In his analysis of self-organizing systems Odum examines why energy is categorized in such a way that "hierarchies are universal in physical and biological systems." In examining the transformation of energy, he distinguishes between low-quality and high-quality energy. Sunlight and plant matter are examples of low and high-quality energy, respectively. He has proposed the concept of "emergy" to clarify the difficulty of calculating the passage of energy through a complex system. Emergy is "the energy of one type required in transformation to generate a flow or storage." This concept can be related to carrying capacity such that the energy required to generate a flow or storage in a ecosystem could be considered part of the carrying capacity. Odum and his brother, Eugene Odum, were awarded the Crafoord Prize from the Royal Swedish Academy of Sciences in 1987. ...read more.

(Isle Royale), (Isle Royale National Park), (Isle Royale Wolves) Both the Yellowstone and the Isle Royale case modeled Howard Odum's theories. In the Yellowstone case, the wolves used the energy they gained when consuming other animals, that originally derived from the sun, to survive. In the Isle Royale case the moose and wolves lived off of each other and the other producers and consumers in the environment. The moose of Isle Royale consumed both plants and other animals, receiving a portion of all of their energy to use as their own. The wolves main prey was the moose. Also, both cases could be categorized by their status as a self-organizing system. The level of production in the Yellowstone and Isle Royale ecosystem is dependant upon the growth of consumption in both environments. When the levels of consumption and henceforth production are high and close to equilibrium, the development of the system takes place more rapidly and more efficiently. Odum's concept of emergy also applies to both cases. The energy required to sustain life within the two ecosystems is considered that specific ecosystem's emergy. The amount of life that is sustained with this amount of emergy is the ecosystem's carrying capacity. These two specific examples, Yellowstone and Isle Royale, exemplify Howard Odum's theories of ecosystem ecology and self-organizing systems. Both theories lead to an understanding of carrying capacities of different environments, and how they can be manipulated and modeled. ...read more.