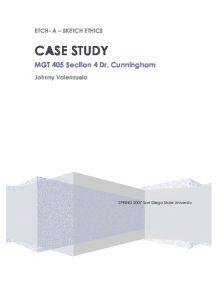 Employees of Etch-A -Sketch expected the closure to take place. The company had already moved production of toy lines to China, and most employees knew it was just a matter of time before EAS went too.

Etch-a-Sketch was originally invented in Paris by garage mechanic Arthur Granjean who called it 'L'Ecran Magique', (the Magic Screen). The toy did not need batteries and did not have loose parts which rendered it a great toy. He took it to the International Toy Fair in Nuremberg in 1959. The screen did not ignite much interest until The Ohio Art Company took it on and started to manufacture it. Originally made by hand, mass production began in July 1960, and with television advertising, sales soared. Confronted with sluggish toy sales, the Ohio Art Company lost money for two years running. In December 2000, it took the strategic decision to outsource production of the Etch-A -Sketch toys to Kin Ki Industrial, a leading Chinese toy maker, laying off one hundred US workers in the process. Employees of Etch-A -Sketch expected the closure to take place. The company had already moved production of toy lines to China, and most employees knew it was just a matter of time before EAS went too. Bryan Ohio a small town of 8,000 residents and also the home of the DUM-DUM hard candy suckers, has taken a cumulative effect of outsourcing to China. ...read more.

As for the tasty food it is apparently a mix of boiled vegetables beans and rice with meat or fish served only twice a month. The workers at Kin Ki have apparently become restless. They went on strike twice in 2003 demanding higher wages and better conditions. The company responded by raising wages a few cents and allotting an extra dish of food to each worker per day. Senior executives deny that organizers of the strike were fired for voicing out their concerns. Ohio's CEO stated to the Times reporter that he considered KinKi's executives to be honest and that he had no knowledge of labor problems there. But he said that he intended to make a visit to China soon to make sure that they " understood what was expected" One memo preparing workers and supervisors for an inspection in September 2001, urged workers to help the factory "cope with clients." "Foreign clients made unattainable demands during previous inspections, including on limiting overtime," the memo said. "But when you think about it, you come from all over the country to make money, not to rest." A more recent memo, issued to prepare for an inspection that took place on Nov. 26, urged workers to memorize false numbers for wages and working hours to reflect Shenzhen's regulations. ...read more.

The total savings in labor and overhead costs can be altered to build adequate facilities abroad with excellent working conditions and benefits for the workers while maintaining cost savings. Ohio Art Company should be in better contact with their manufacturer abroad. There should be direct supervision of conditions. A mission statement should be written and posted for all employees to see when going to work. There should be a clearly professed level of standards and expectations with a full support from the upper hierarchy to ensure conditions and standards are met. Compensation does not necessarily need to be increased but the overall environment would raise the level of morale for the workers. Offering bonus incentives for management to comply with local laws and regulations will prevent management from deceiving officials about working conditions' facts and figures. This would encourage a positive atmosphere from the top downward creating a leadership dedicated to ethical conduct and treatment of employees and compliance with local code. Instilling a stronger international awareness in Ohio will also help their effort. A need for a stronger awareness was sensed in the articles about Bryan, Ohio. They should send executives to China more often to improve the operations by instilling a sense of corporate culture and establishing an expectation upon the local management. Germanson, Ken People's Weekly World Newspaper, 12/11/03 New York Times: "Ruse in Toyland: Chinese Workers' Hidden Woe", December 7, 2003 ...read more.