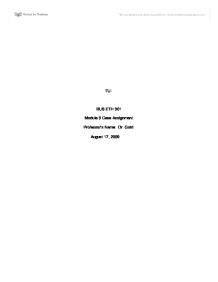 Steroid Use in Baseball

TUI BUS ETH 301 Module 3 Case Assignment Professor's Name: Dr. Gold August 17, 2009 Steroid use is a problem in Major League Baseball, these players cannot be trusted to set the example for future little leaguers. All baseball players that use steroids or any other type of illegal drug should be banned from playing the sport indefinitely. Those players that use drugs are cheaters; this type of behavior displays an unfair advantage over other players that play for the love of the game. Barry Bonds, Mark McGwire and Jose Canseco among many other players that used drugs to enhance their performance have made a mockery of MLB. As a writer wrote from the National Sports Media from over the last four years, a 60 foot sign displayed in Philadelphia reads "Babe Ruth did it on Hotdogs and Beer. Hank Aaron did it with class. How did you do it?" This was a question that rested on the assumption that Bond's steroid use differentiates him from Aaron and Ruth, who set career homerun records without steroids. ...read more.

Under the old MLB steroid policy, players received counseling after their first failed drug test and weren't suspended for the year until their fifth failed test, according to a study done by the Associated Press concerning steroid use in sports. Counseling? These are grown men who are millionaires and they were being given the equivalent of a ten- minute timeout like they were five years old." "As Commissioner Bud Selig said, "My goal for this industry is zero tolerance toward steroids." If steroid use in baseball was going to be a zero tolerance issue, the new policy should have established a one-year suspension from the game after the first offense. In the Olympics, participants who fail their first drug test are suspended for two years and banned for life after their second positive test, according to an Associated Press study comparing steroid use in sports." The policy for steroids drafted in 2004 mandated that each player would be prepared to express oneself clearly to be tested once a year in season. ...read more.

You can check out his website for complete knowledge on steroids, anabolic steroids, steroid use, steroid abuse, steroid stacks, steroid cycles, steroids in sports, and steroids in baseball". As for Alex Rodriguez, I believe that he should be treated like any other players. Just because he is a household name when it comes to baseball, it does not give the MLB permission to banned him. The MLB already made that mistake once when they banned Pete Rose for gambling. Baseball players that use steroids or any other illegal drug are a disgrace to the game of sports. The new policy on steroids is only putting a band-aid on a stab wound. These players will find another way to get drugs to improve their muscle so that they will have the upper hand on other players. The old testing of steroids should be Used in conjunction with DNA testing of hair follicles, but with this test, there is also a way to avoid getting caught, players will shave their heads. This game will never be a true game of ingenuity and pure strength again, because, players are always trying to achieve more illegal use of drugs. www.themichiganjournal.com/news/2005/03/22/Sports/Steroids.Policy.Needs.Workover-899147.shtml http://google-sina.com/2007/12/05/evolution-of-the-policy-of-steroids-in-baseball http://www.nytimes.com/2005/03/17/sports/baseball/17steroids.html Background Information ...read more.