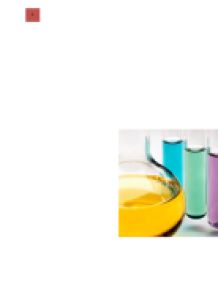 The oxidation states of vanadium subsequently reduced from +5 to +4 followed by +3 and finally +2. The changes in colour explain the reduction process. However, the yellow colour turn green first instead of blue. Actually, the green colour is not the new oxidation state that is +3. It is just a mixture of the original yellow and the blue that is being produced. Acidified potassium manganete (VII) is an oxidising agent which oxidise vanadium(II) to become vanadium(III). The colour change from violet to green explained the increment of oxidation number of vanadium from +2 to +3. EVALUATION A weakness was discovered throughout the experiment regarding the procedure. Firstly, all the apparatus containing vanadium solution was not closed using cotton wool. There is always a possibility for the vanadium solution especially with oxidation states below than +5 to be oxidised by oxygen in the air. To solve this problem, every apparatus containing any oxidation states of vanadium should be close with cotton wool. By using this method, we can avoid or reduce the possibility of re-oxidation of the oxidation states which may affect the colour formed. All in all, this experiment has succeeded to show different colour of distinct oxidation states of vanadium which is one of the special characteristics of transition elements. ...read more.