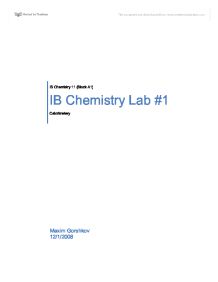 How the combustion of different types of food affect the amount of heat calories and energy yield emitted.

The amount of water being heated will act as the controlled variable; it will have a fixed value. This will warrant that when the external and internal sources of errors change the values, the amount of heat calories should be relatively valid since the mass of the water and the temperature change are the only required values. The independent variable will be the type of food being burnt. Each food will be tested three times to total nine trials. The dependant variables are the heat calories and energy yield which will be determined by equations for them, respectively.

As the researcher is using different types of food to complete the experiment, each food should bestow a different value for the heat calories and the energy yield. Over the course of the experiment, the researcher expects to relight the food more than once due to the fact that external factors will lead to the extinguishment of the flame. Furthermore, he expects that the most ‘fatty’ food will burn for a longer period of time, require less assistance, and will be more thoroughly burnt will less ash deposit remaining.

The bread is expected to burn the least unassisted, the cracker the most, with the cereal in between the two values. This prediction is based on the chemical construction of the foods. The cracker has the least amount of air-pockets, contributing to the assumption that it will engulf in the flame with more ease.

(Continued on next page) 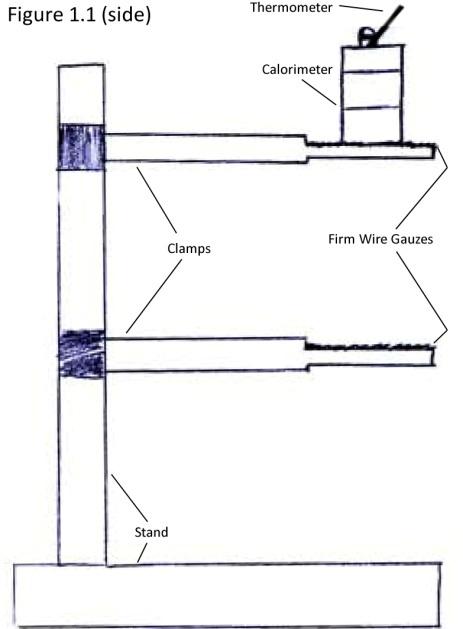 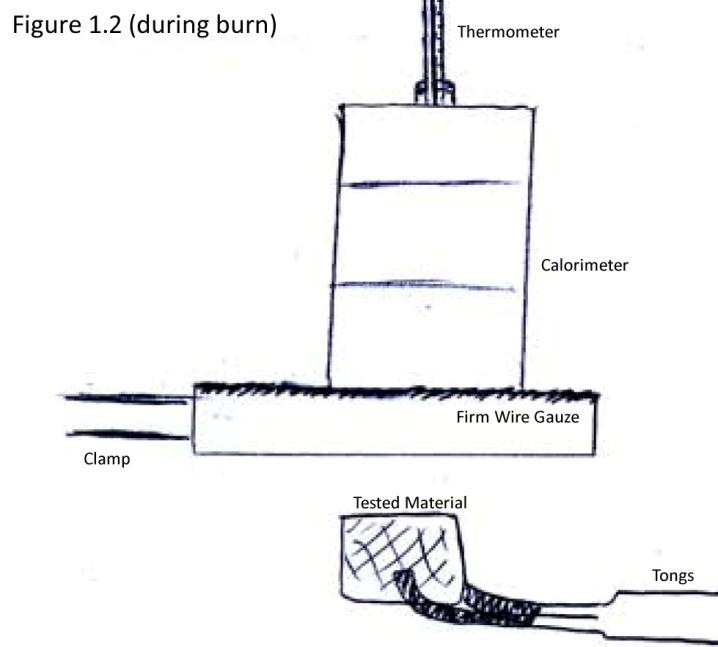 For the energy yield below, the accepted values are calculated to the mass of the food tested in the experiment. 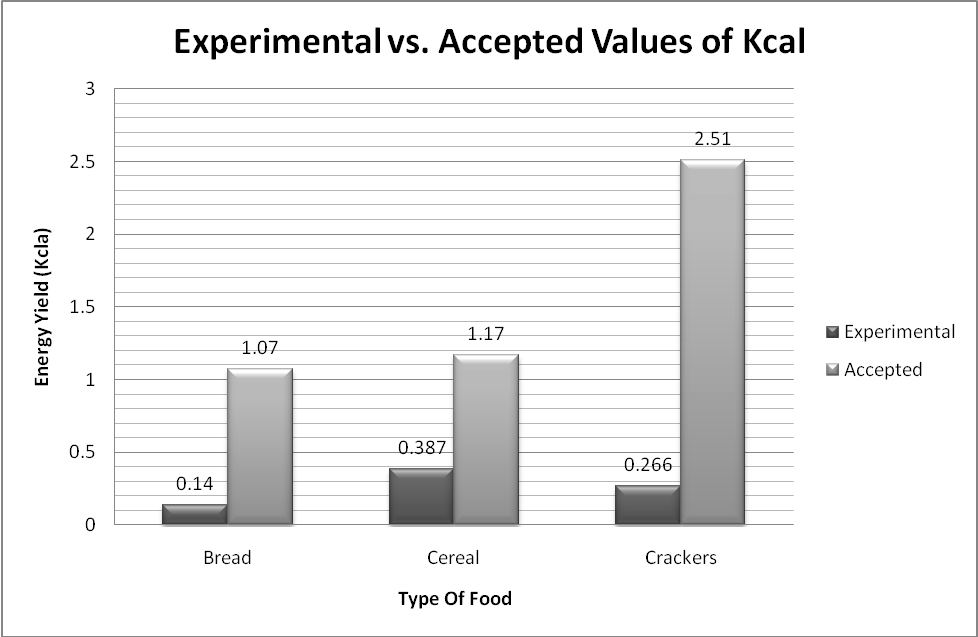 In the graph above, the accepted values of the Energy Yield are presented with the experimental value taken by the researcher in the darker colour and the accepted value from a credited resource in the lighter colour. In the data collected versus the data accepted, the errors in the values were 87%, 67%, and 89% respective to the bread, cereal, and crackers.

The most prominent source of error in the lab was the amount of relighting that occurred. The food had to be relit, as predicted in the hypothesis, yet on a much greater scale. The amount of heat and energy lost while relighting the food was not dire but did affect the outcome, nonetheless. However, the continuity of the burns was affected in the sense that not all of the trials were given the same amount of time to burn. Early on into the experiment, an error was recorded about the placement of the thermometer in the set-up of the calorimeter. The sensor (bulb) was placed against the metal and therefore recorded a higher temperature than it would have otherwise. This error, however, counters another error which the researcher experienced. Since there were many metal parts, including the wire gauze underneath the calorimeter, the heat was dispensed and there was a great deal lost. With the sensor placed against the bottom of the calorimeter, this compensated for some of the heat lost during the trial.

As not to ruin the continuity of the experiment, these improvements were not implemented but developed. As to not vary the difference in the energy lost while relighting the experimental food, the food could have been placed directly underneath the calorimeter and fixated to be lit from there. The reconstruction of the experiment would include the calorimeter to be hung from a string or wire as not to have heat lost of metal clamps and gauzes. The thermometer would therefore be placed into the water, not touching the sides or bottom of the calorimeter and read the direct, more exact value.

Through the interpretation of the data, it is evident that not only was there a big difference in the values (experimental vs. accepted), there was a big difference in the method of getting the resultant Energy Yield. In the experiment, the researcher was burning food and finished with the heat calories. This is not exactly how the body ingests and breaks down food. In this sense, with the factors involved, the experiment is more or less successful due to the fact that there were values that were obtained and could be validly interpreted by the researcher.

For the bread tested, the accepted value was seven times the amount of the value of the experimental. For the cereal and crackers, the accepted value was three times and nine times larger, respectively, than the value calculated with the experiment. However, even with the difference in the values, the trend predicted in the hypothesis occurred. The bread had the least amount of energy yield, the cereal had slightly more, and the cracker had much more.

In addition, the time required for burning was relatively similar to that predicted in the hypothesis. The cracker had to burn for a long period of time and had to be relit few times. The bread needed to be reignited many times and burnt for a short period of time in general.