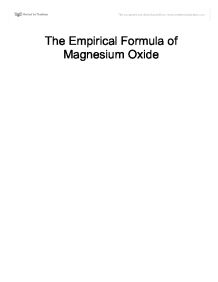 The emperical formula of MgO