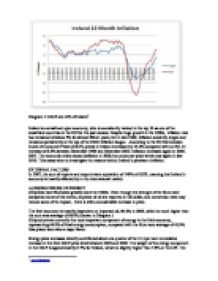 Diagram 1: HICP and CPI of Ireland1 Ireland is a small and open economy, who is consistently ranked in the top 10 as one of the wealthiest countries in the EU for the past decade. Despite huge growth in the 1990s, inflation rate has remained at below 5% for almost fifteen years, but in late 1999, inflation suddenly surged and remained persistently at the top of the EMU inflation league. According to the EU Harmonised Index of Consumer Prices (HICP), prices in Ireland increased by 14.2% compared with an EU-15 increase of 6.6% between December 1999 and December 2002. Inflation increased again in 2006-2007. The economic crisis caused deflation in 2009, but consumer price levels rose again in late 2010. This essay aims to investigate the reasons behind Ireland's persistent inflation. EXTERNAL FACTORS In 2007, the sum of imports and exports were equivalent of 148% of GDP, meaning that Ireland's economy is heavily affected by in the international market. A) RISING PRICES OF ENERGY Oil prices have fluctuated greatly since the 1990s. ...read more.

However, A. EXCHANGE RATE Ireland has a undiversified imports structure. Despite being a part of the Euro zone, Ireland still has heavy dependence on the UK as a source of goods and services, as well as the US. Ireland has one of the highest share of imports as a percentage of GDP. The foreign owned sector in Ireland imports 65 percent of its turnover, with a significant portion outside the euro area, the domestic sector imports 23%. A depreciation in the exchange rate, increases the price of imports and reduces the foreign price of exports. Therefore, consumers buy fewer imports domestically, and foreigners buy more exports, leading to an increase in AD, if country is at full employment, inflation will be caused. i. Euro: Diagram : The exchange rate between the Euro and US dollar 2 Ireland's trade relations with other euro zone countries are atypical. It has the second lowest share of exports to the euro zone, and it has the lowest share of imports from the euro zone. ...read more.

However, the Irish business cycle may not be the same as the main countries in the euro zone, and the policies implemented may not suit the Irish economy the best. From the start of this decade, interest rates in Ireland were quite low, leading to excess aggregate demand, however production cannot keep up with demand. When supply is less than demand, prices go up. -spending and saving decisions -for savers, a decrease in interest rates will decrease the amount of money received from interest bearing banks and building society deposits, making saving less attractive. However, borrowing becomes more attractive as there are lower interest payments. This will increase spending by both consumers and firms. -asset prices Low interest rates decrease the return of savings in banks, leading savers to invest more of their money in alternatives, like property shares. An increase in demand for this assets will increase their prices, creating a wealth effect, and increasing the perceived wealth of individuals holding these assets, making them more willing to spend. Conclusion: Ireland's economy depends a lot on trade, making it easily suspectible to fluctuations in the exchange rate, interest rates and oil prices. 1 www.finfacts. 2 www.dailyfx.com 3 Source: http://sdw.ecb.europa.eu ...read more.