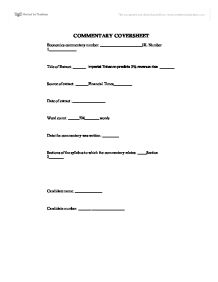 Contrary to popular belief, "cigarettes [are] not recession-proof". Even though full-year volumes decreased, the Imperial Tobacco Group still expects that "net revenues from tobacco [will] rise by 3 per cent this year". Analysis: The Price Elasticity of Demand1 for cigarettes is very inelastic, because tobacco is an addictive drug. People are unlikely to quit smoking just because the price increases a little bit. Loose tobacco, however, acts as a substitute good2 for "white sticks", and therefore people have turned to self rolled cigarettes, which offer a cheaper alternative while still satisfying the smokers needs. Demand for cigarettes decreased for several reasons. One reason is the on going recession3, which has caused consumers' incomes, one of the determinants of demand4, to decrease. All economies undergo the so-called business cycle, which is an on going up and down in the economy. During a recession, incomes are fairly low, and therefore buyers will be more likely to buy inferior goods5. In this case, the loose-cut tobacco can be considered an inferior good, because its demand increases when money is scarce and it will decrease again once people have enough money to afford pre-rolled cigarettes. ...read more.

The predicted increase in revenue of 3% is still pretty optimistic for the fact that we are in a recession. Volumes of cigarettes are expected to fall even more, and people will smoke less due to the recession. Cigarettes are not recession-proof as tobacco producers wish. 1 Price Elasticity of Demand (PES) measures the responsiveness of demand to changes in price in the good. It is calculated using the following formula: 2 A substitute good is a good with a positive cross elasticity of demand, which means that when the price of a good rises, the demand of its substitute will increase. 3 A recession is defined as two consecutive quarters of negative GDP (Gross Domestic Product, a measurement of an economy's output) growth 4 The Determinants of Demand are the 5 factors that affect demand for a product, namely income, tastes, relative prices, number of consumers and expectations 5 Inferior goods are goods with a negative income elasticity, which means that the more people earn, the less of this good they will buy and vice versa. 6 Market failure exists because individuals fail to account for society's benefits and costs when making transactions. There so called externalities cause misallocation of resources, preventing allocative efficiency. 2 ...read more.