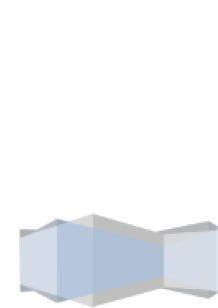 The Problem of Corruption in Egypt

﻿________________ Introduction What is Corruption? * Although there are several conventions dealing with corruption and bribery, there is no single globally accepted definition of corruption and bribery. * Corruption is defined by Transparency International, the leading international organization in fighting corruption, as 'the abuse of entrusted power for personal gain.' * Corruption can also be differentiated in terms of what can be called 'true corrupt intent' and 'necessary corruption', which occurs in order to get things done. Corruption in terms of true corrupt intent implies bribery in order to obtain a service to which one is not legally entitled. In contrast, necessary corruption implies bribery in order to obtain a service to which one is legally entitled. Facilitation payments would fall under this latter category of corruption. * The main forms of corruption are bribery, embezzlement, fraud and extortion, nepotism 1. Bribery : To offer an advantage, whether directly or through intermediaries, to a public official, in order that the official act or refrain from acting in relation to the performance of official duties, in order to obtain or retain business or other improper advantage 1. Embezzlement is the fraudulent appropriation of money or property by a person entrusted to safeguard the assets in another's interests. Embezzlement can be committed by a person entrusted with private or public resources. 1. Extortion is the unlawful use of one's position or office to obtain money through threats. One example would be when customs officials request undue 'customs duties' from importers as a condition to clear their goods. 1. Fraud: It involves the use of deception, trickery and breach of confidence to gain some unfair or dishonest advantage. 1. Nepotism is a form of favoritism shown to family members without regard to merit * Egypt?s high level of youth unemployment is exacerbated by the nepotism of employers. Vacancies are commonly filled by those with connections to power and privilege, often at the expense of more qualified but less well-connected individuals. ...read more.

Tax Administration * According to the World Economic Forum Global Competitiveness Report 2012-2013, tax regulations and tax rates constitute problematic factors for doing business in Egypt. The number of payments and the time spent on preparing, filing and paying taxes constitute a burden for companies. * According to Global Integrity 2010, tax laws are not always enforced uniformly or without discrimination. It is further reported that, while public employees have taxes deducted from their pay, the government will grant preferential treatment to wealthy businesspeople, allowing significant levels of tax evasion to go unpunished. Craftsmen and small business owners often face harassment by tax officials. Tax officials will sometimes arbitrarily determine required tax payments. * The World Bank & IFC: Doing Business 2013 reported that a medium-sized company must make 29 payments and spend 392 hours per year managing the administrative burden related to paying taxes Customs Administration * According to the World Economic Forum's Enabling Trade Report 2012, business executives rate the transparency of Egypt's boarder administration as quite low and identify corruption and bribery in relation to import and export as a problem. * Companies should know that corruption is not uncommon in relation to customs administration. According to Global Integrity 2010, customs and excise laws are not always enforced uniformly or without discrimination. Large companies are reportedly unofficially exempt from paying customs duties. Low-level officials in customs zones are known to demand bribes to finalize paperwork for licenses, clearances and other permits required to do business. * The World Bank & IFC: Doing Business 2013 A standard export shipment of goods requires 8 documents and takes an average of 12 days * World Economic Forum: The Global Competitiveness Report 2012-2013 states that surveyed Business executives give the efficiency of customs procedures (in Egypt a score of 3.7 on a 7-point scale (1 being 'extremely inefficient' and 7 'extremely efficient'). * World Economic Forum: The Global Enabling Trade Report 2012 states that surveyed business executives give the pervasiveness of irregular payments in exports and imports (pervasiveness of undocumented extra payments or bribes connected with imports and exports) ...read more.

Existing salaries tend to be very low, leading many individuals to solicit bribes as a way of keeping financially afloat concerns remains over the ease with which such commissions can become politicized. The following recommendations for solving the problem of Corruption in Egypt: * The transition to a civilian-led democracy is particularly important in the fight against elite corruption. The new constitution must reach a clear separation of powers and a series of checks and balances regulating each branch of government. * * When seeking to combat corruption, governments benefit from having a strong will to do so. The whole country acceptance that this should be a political priority, sometimes at the expense of other important issues is important * A bottom-up approach (creating a culture of shame around corrupt activities) is necessary if corruption is to be tackled in the long term. * Independent media outlets can represent an important force in the fight against corruption, highlighting its prevalence and alerting citizens to their legal rights. * * Freedom of information legislation enables the prosecution of previous cases of corruption is very important .Such legislation will force information disclosure to become routine and automatic. Such legislation should call for the following : 1. First, the public release of data regarding government activities should be a priority. This process should be one of automatic disclosure:, all government bodies should be required to release information relating to their hierarchy and structure, procedures, the services they offer and how these can be secured 2. A simple complaints procedure that can be initiated against those who break the law. 3. It should be stressed that no politician or public official should be allowed to create new criteria that allow for limited disclosure of information 4. A mechanism to identify conflicts of interest. * Egypt should cooperate with countries that have good experience in dealing with corruption and coping their legislations and laws applied there for example the United Kingdom?s 2010 Bribery Act is legislative practice that could be copied in Egypt | Page ...read more.