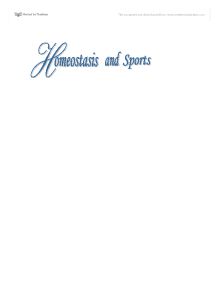 the less hydrated an individual is and as such more chloride is let out into the blood so as to retain water in the body. The less concentrated the urine of an individual is shows that less chloride is let out into the blood so that water is lost and not retained. This mechanism enables for the blood plasma concentration to be at a constant.varying amounts of water and salts are selectively eliminated by the kidney depending on their levels in the body. amount Chloride can therefore be detected in a urine sample. Apparatus * large test-tubes (with stoppers) *2 * labels * burette(25cm3) * pipette(2cm3) * Glass rod * pipette(10cm3) * Porcelain bowls*2 Chemicals * 50cm3 0.1M Silver nitrate * Methyl benzene * 50% v/v nitric acid * 50cm3 0.1M * potassium thiocyanate * Ammonium iron (iii) sulphate Procedure 1. 2 large test-tubes were labeled A and B. 2. Urine samples of specimen A and B were collected into the respective test-tubes. 3. Specimen A and B were let out to play basketball for an hour and a half. 4. Their urine samples were then collected after the game in two other large test-tubes. 5. ...read more.

Water retention and loss is regulated homeostatically by the body through the release of varying amounts of chloride ins into the urine, depending on the body's needs for water. Aim To investigate indirectly the carbon dioxide amount during swimming Hypothesis During swimming, carbon dioxide content increases while oxygen content reduces. This leads to an increase in the chest cavity and also the need for oxygen in the body and thus the panting. Chest cavity size therefore depends on the body's need for oxygen. Apparatus * Swimming pool * a tape measure * 2volunteers * a stopwatch Procedure 1. The chest size of 2 volunteers of nearly similar height was measured and the values recorded. 2. the 2 volunteers were made to swim for thirty minutes. 3. Immediately after swimming, their chest sizes were measured again. Data collection Volunteer Chest cavity size before swimming in cm + or -1cm Chest cavity size in cm after swimming +or - 1cm Dennis 82cm 87cm Shahbaz 84cm 90cm Analysis The chest cavity sizes of the two volunteers increased. This is because the volume of the lungs increased so that more oxygen could be absorbed within a larger surface area. Also so that more carbon dioxide could be expelled . ...read more.