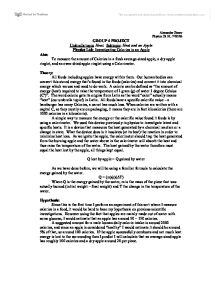 To measure the amount of Calories in a fresh average-sized apple, a dry apple ringlet, and an oven-dried apple ringlet using a Calorimeter.

All foods including apples have energy within them.  Our human bodies can convert this stored energy that’s found in the foods (calories) and convert it into chemical energy which we use and need to do work.  A calorie can be defined as “the amount of energy (heat) required to raise the temperature of 1 gram (g) of water 1 degree Celsius (Cº)”.  The word calorie gets its origins from Latin as the word “calor” actually means “heat” (our umbrella topic!) in Latin.  All foods have a specific calorific value – a hamburger has many Calories, a carrot has much less. When calories are written with a capital C, as they mostly are on packaging, it means they are in fact kilocalories (there are 1000 calories in a kilocalorie).

A simple way to measure the energy or the calorific value found it foods is by using a calorimeter.  We used this device previously in physics to investigate latent and specific heats.  It is a device that measures the heat generated by a chemical reaction or a change in state.  What the device does is it insulates (at its best) the reaction in order to minimize heat loss.  As we ignite the apple, the calorimeter should trap the heat generated from the burning apple and the water above in the calorimeter will absorb the heat and thus raise the temperature of the water.  The heat gained by the water therefore must equal the heat lost by the apple, all things kept equal.

As we have done before, we will be using a familiar formula to calculate the energy gained by the water.

Where Q is the energy gained by the water, m is the mass of the piece that was actually burned (initial weight – final weight) and T the change in the temperature of the water.

Since this is the first time I perform an experiment of this sort where I measure calories in a food, it would be hard to base my hypothesis on previous scientific investigations.  However using the fact that apples are mainly made out of water with some glucose, I would estimate that an apple has around 50 – 150 calories.

A suggested amount for a male human daily calorie intake is around 2000 calories, and since an apple is considered “healthy” I would estimate it should be around 5% of that, so around 100 calories.  If the apple successfully combusts and not much heat energy is lost to the surrounding then I predict I will calculate that an average sized apple has roughly 100 calories and a dry apple around 20 per piece.

The dependant variable, or what we measure in this experiment, will be amount that the temperature of the water changes.  To do this I will be using an electronic thermometer because it is more exact and precise than a regular one.  Also I will be measuring the amount of apple that was actually combusted.  To do this I will measure the weight before I burn it, and the weight of however much there is left and find the difference.

The independent variable in this experiment, or what we alter during the experiment, will be the type of apple used.  First I will try to ignite a piece of an ordinary fresh apple, then an average sized apple ringlet, and then an average ringlet that has been also heated in the oven for 4 hours. 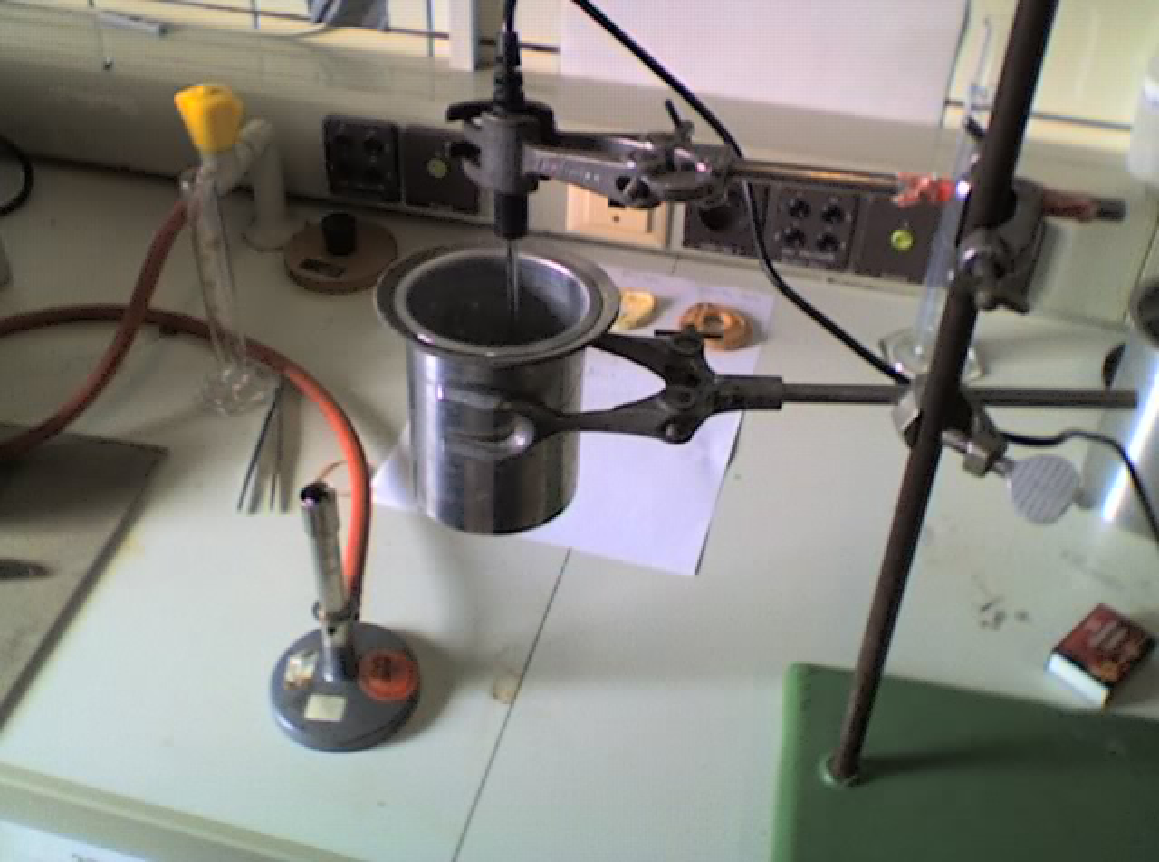 The obtained value for the number of calories in an average fresh apple and an average dry apple ringlet both came within the range of my predicted hypothesis.  Furthermore we can find accepted calorific values and see how my values compared:

The way I obtained the percent % error:

As can be seen, the experiment looks as if it went extremely well because the experimental values are indeed very close to the accepted values.  Given the amateurish equipment and keeping in mind that even professional scientists have hard times determining calorific content in foods, I believe the experiment had very few sources of error and yielded near-ideal results.

The method used in this experiment to find the amount of calories in an apple was very appropriate.  The main weaknesses of using a calorimeter cup were concerns about losing heat energy to surroundings and not conserving it.  Although a calorimeter cup is intended to minimize this, there were still concerns because it took time to carry the burning apple from the Bunsen Burner to the water.  Moreover there was some difficulty in getting the fresh apple to ignite as it had a lot of water within itself and was very moist so it was difficult to light up.

Possible sources of error in this experiment include that brief amount of time that the heat given off by the apple is wasted and not used to heat up the water in the calorimeter.  Moreover it was difficult to hold the apple in such a position that all the heat given off went strait to the water.  Interestingly enough, professional scientists measure calorific content of various foods in a similar, yet more professional manner.  They originally freeze the food in liquid nitrogen, and then smash it into a fine combustible powder.  From there they place it in what is known as a “calorimeter bomb” and ignite the powder, measuring how much heat it gives off.  This method provides more accuracy than the one I used, however on the day of my experiment, liquid nitrogen was not attainable.

Our group investigation centered around the main subtopic of how heat affects different aspects of apples.  The biologists observed several aspects of applying heat to an average green apple.  Some observed enzyme reactions of hydrogen peroxide with non-skinned apples at different temperatures - 0º C, 20 º C, 40 º C and 80 º C.  their results showed that the higher temperatures produced better results – as they measured this by looking at how much oxygen ( a byproduct of the reaction) was produced.

The other biological aspect we observed was the rate of germination of apple seeds and the affect different levels of heat had.  Due to time restrictions, Cress Alenoe seeds were substituted in place of the apple seeds but nonetheless results showed that the colder temperatures of 2 º C and 20 º C (room temperature) yielded better results than the hotter temperatures of 40 º C and 80 º C.

The chemist in our group chose to have us observe how different amounts of heat affected the fermentation process of an apple.  First juice was made and yeast was added – this oxidizes the apple juice and using the sugars to make ethanol and carbon dioxide we observed how quickly limewater turned cloudy as a result.  This was all preformed at different temperatures.  Although we expected maximum activity to be around room temperature, it became evident towards the end of the experiment that this was not the case.  Highest fermentation occurred around 40 degrees, and practically none around 0 degrees.

It was very surprising how closely linked all of our experiments were and how a person in one experiment could help out a person in another group 4 experiment.  For example the chemist carefully explained to the physicist that the process of combustion produced the white and black charcoal on the burnt apple parts.  Also the physicist suggested a better – more mathematical, method for observing how to measure the amount of germination by actually counting the seeds that germinate at hour intervals and measuring their tails.  Also all departments shared their wide range of knowledge about different scientific apparatus that, at the start of the Group 4, was unknown to them.  For example by the end of the day my entire group knew how to use a Venire scale ruler, a clamp stand, and an electronic thermometer attached to a graphic calculator.  Needless to say, almost all the experiments required more than one set of hands, and each person got involved in way or another with another persons experiment.