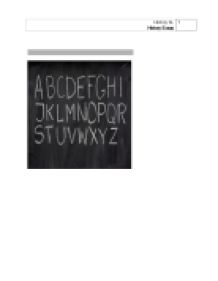 ï»¿History SL History Essay History Essay Discuss the following statement: “Favorable external and internal circumstances, not Bismarck’s diplomatic genius, explain the unification of Germany” William Frisch Møller History SL (2uhiS1) Bent Egaa Kristensen (BK) October 9, 2012 ________________ Table of Contents ________________ Introduction Internal Circumstances The Zollverein The Growth of Nationalism The Decline of the Austrian Empire Sub-Conclusion External Circumstances The International Situation Sub-Conclusion Otto von Bismarck The Schleswig-Holstein War The Austro-Prussian War The Franco-Prussian War Sub-Conclusion Conclusion Bibliography Introduction This essay will focus upon how the Unification of Germany was established by 1871, more specifically, a discussion of the following statement: “Favorable external and internal circumstances, not Bismarck’s diplomatic genius, explain the unification of Germany” In order to tackle this statement, it will be necessary not only to look at the significance of internal circumstances, such as the decline of Austria’s power as well as the growth of nationalism, and the external circumstances being the international situation at the time, but also to interpret Bismarck’s influence and true role in bringing about the unification. In other words, the essay will start by discussing whether or not unification would have been possible before 1850 (i.e. before Bismarck’s political influence). The essay will then take analyze the importance of Otto von Bismarck’s diplomatic actions, and thus conclude upon the above statement based on the presented arguments. Internal Circumstances This chapter will deal with various internal circumstances, which not only laid the foundations upon which the German Unification was based, but also present the possibility of unification before 1850, and hence the true influence of Otto von Bismarck. The circumstances presented in this chapter will be viewed upon as internal in terms of the German Confederation of 1815. The Zollverein One could argue, that the most significant internal circumstance in terms of creating a unified Germany was the creation of the Zollverein. Not only was the enlarged Prussian Customs Union an important factor in strengthening Prussia economically, but it also served as a foundation for the development of nationalism among other German States, and ultimately the Unification of Germany as a whole. ...read more.

Austria Throughout the 19th century, Austria adopted a wavering diplomatic policy. Sometimes Austria would side against Russia, such as in the Polish Revolt of 1863, and other times against Britain and France[8]. By 1856 Austria, due to her neutrality in the Crimean War, had lost her friendship with Russia without obtaining that of Britain and France. In other words, Austria had no allies at the time of the Austro-Prussian War, and helped Bismarck acquire an easy victory. France The neutrality of France during the Schleswig-Holstein and Austro-Prussian War, could be viewed upon as a diplomatic accomplishment of Otto von Bismarck, and will hence be discussed in the next chapter[9]. Sub-Conclusion Conclusively, the international situation at the time of Otto von Bismarck?s ascendancy can be viewed upon as important evidence in support of the initial statement. The passivity of the Great Powers, in terms of all three Wars of Unification, could point towards Bismarck being more of an opportunist rather than a diplomatic genius. Otto von Bismarck This chapter of the essay will tackle the evidence that contradicts the initial statement of how favorable internal and external circumstances were the primary cause of the German Unification. Or rather, analyze whether Bismarck?s political actions had an impact on the process of unification. The chapter will be divided chronologically into the Three Wars of Unification, as this will give a clearer indication of Bismarck?s political and diplomatic genius. It can be argued, that Bismarck was a crucial factor in bringing about the Unification of Germany, as he was, through diplomatic means, capable of isolating his enemy, which was a crucial factor in terms of winning the Three Wars of Unification. Otto von Bismarck became Minister-President of Prussia in 1862, as a result of the Constitutional Crisis. Due to the disastrous mobilization during the North Italian War in 1859[10], one of Frederik William?s main concerns was to strengthen the army. ...read more.

Sub-Conclusion The above chronology substantiates the true diplomatic genius in terms of isolating France and Austria, as well as his ability to manipulate and thereby outmaneuver various states, demonstrated in his engineering of the Ems telegram. However, this control over international affairs, as well as internal matters, was not alone due to Bismarck?s political and diplomatic ?supremacy?, but rather the favorable internal and external circumstances at the time. In other words, Bismarck was an opportunist who through hard determination created a unified Germany based upon the given circumstances. Conclusion Based on the chronology of events leading to the German Unification in 1871, one could conclude that Otto von Bismarck was indeed capable of diplomatically outmaneuvering Austria and France, and with astute political moves increased support for unification at home. However, on the contrary, the unification would not have been a possibility if not for the internal circumstances within the German Confederation, as well as external circumstances present in the rest of Europe. In other words, Bismarck was an opportunist rather than the master planner throughout the process of completing the unification of Germany. Bismarck achieved the goal by taking advantages in internal and external circumstances, such as the fortunate international situation, strength of Prussia (economically and militarily), increasing nationalism, and the decline of Austria, rather than creating his own: ?Bismarck's greatness lay not in mastering events, but in going with events so as to seem to master them. He had no rigidly defined programme when he became Prime Minister in 1862[19].? Hence, the statement by which this essay is structured upon, namely ?Favorable external and internal circumstances, not Bismarck?s diplomatic genius, explain the unification of Germany,? is only partially true. It may be accurate to state that German nationalism may have brought about the unification independent of Bismarck, but the fact is, that Bismarck through realpolitik as well as his ability to grasp favorable opportunities was capable of unifying the German states and can hence not be completely disregarded as an important contributory factor. ...read more.