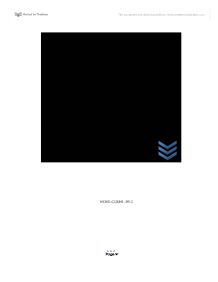 How far can Britain's colonial legacy be held responsible for Nigeria's problems since independence?

ABSTRACT This essay is an investigative answer to the question- How far can Britain's colonial legacy be held responsible for Nigeria's problems since independence? In this investigation I have briefly looked at Nigeria's history before colonialism and its kingdoms. I have also briefly looked at Britain's first contact with the Nigerians and their establishment of a northern and southern protectorate as well as the subsequent unification of Nigeria. I looked at the initial nationalism that then turned to conflict amongst fellow Nigerians. I then went on to look at Nigeria's independence and the Britain's role in years after it, including the two military coups that occurred, as well as the subsequent Nigerian Civil War of 1967-1970. I then looked at the following years under the Second Republic and Military Rule. I then looked at the more recent events including the Niger Delta Crisis and the ethnic tensions today I came to the conclusion that Britain can only be held partially accountable for Nigeria's problems since independence and from the late 1970s, Nigeria is itself very much to blame. Included in this essay is an appendix which shows maps that can be used for referencing. CONTENTS * INTRODUCTION........... PAGE 4 * BEFORE NIGERIA........... PAGE 4 * THE BRITISH ARRIVE........... PAGE 5 * NATIONALISM AND INDEPENDENCE........... PAGE 6 * THE BLOODY COUPS........... PAGE 7 * BRITAIN AND THE BIAFRAN WAR........... PAGE 8 * THE SECOND REPUBLIC........... PAGE 9 * PROBLEMS OF TODAY........... PAGE 10 * CONCLUSION........... PAGE 11 * BIBLIOGRAPHY........... PAGE 12 * APPENDIX........... PAGE 13 INTRODUCTION Nigeria is a country with a myriad of problems, akin to that of other countries in sub-Saharan Africa. It has been traumatised by periods of brutal military rule and countless years of corruption, nepotism and mismanagement which has caused the country, which should be one of the richest in the world, to be in fact one of the poorest in the world.1 As well as the crippling destitution, another thing which Nigeria has in common with other sub-Saharan African countries is that it was colonised by a European nation, in this case Britain. ...read more.

Nevertheless, on 1st October 1963, The First Republic was proclaimed with Nnamdi Azikwe made the first President of Nigeria. THE BLOODY COUPS The inadequate way in which the British granted Nigeria independence made instability inevitable. The nationalistic sentiment which had helped to achieve independence was soon replaced by frustration and anger amongst the different ethnic groups of Nigeria. The Tiv, an ethnic group located in the in the Middle Belt area of Nigeria but part of the Northern region, staged an uprising in 1960-61 against the local authorities due to them being the victims of unrepresentative local administration13. Another uprising followed in 1964, leading to the police and army units having to take action against their fellow citizens. This saw the death of thousands and left the Tiv even more disgruntled as well as a few of army officers disillusioned14. More crises were to follow such as an economic recession which saw prices rise by 15 per cent, rising unemployment and low wages15. Corruption was also believed to be rife with many accusing the central government being accused of rigging the 1964 elections16. The frustration of Nigerians at the central government and the regional premiers was to now result in a group of Igbo officers, led by Lieutenant Kaduna Nzeogwu, carrying out a military coup in January 1966. This led to the murders of Prime Minister Tafawa Balewa, as well as the premiers of the Western and Northern regions, Chief Samuel Akintola and Sir Ahmadu Bello. This was a major flaw in the perpetrators' actions. These killings were highly unnecessary as this meant that the people of Nigeria, more specifically those who were from the North felt that this was a mission to impose Igbo power on the country. This may not have been the coup plotters aim but the fact that those involved were mostly of Eastern origin meant that the already present ethnic tensions were going to lead to anti-Igbo sentiment. ...read more.

These are issues which the Nigerian government has failed to address sufficiently. CONCLUSION Britain's colonial legacy is one which has affected not just Nigeria, but countries all over Africa and other continents. The artificial creation of Nigeria was one which would lead to numerous problems in the future because of the way in which the country was divided into three regions, with the North being the most populated. This meant that certain ethnic groups were able to dominate and so unrest was bound to happen. The British failed to foresee the problem that merging people of a different language, religion and culture would mean that once these people were granted independence, underlying tensions would turn into unrest. Indeed as mentioned before, these problems persist to this day. Britain's interests in Nigeria continued to be of an imperialistic, as opposed to a holistic, nature after independence and this only served to aggravate Nigeria's problems, with the Nigerian Civil War being a prime example. Their assistance helped to prolong the war and led to countless, unnecessary deaths. However, it was not the British who fought the war. The Nigerians have to be held responsible for their failure to maintain their nationalistic sentiment, ultimately leading to ethnic animosity and festering hatred. The constant cycle of corruption, nepotism and favouritism towards those of the same ethnicity or religion as the ruling powers meant that money was siphoned out of a country which should be one the richest countries in the world. The years of military rule after the war had nothing to do with the British but instead were down to the greed of certain individuals, who instead of trying to help their fellow Nigerian's, opted to line their own pockets. Whilst Nigeria's legacy was first put down by Britain, those in power have not been able to shape it for the good of the people. That is why I believe that Britain can only be held responsible for Nigeria's extent to a limited extent. Much of Nigeria's problems today, lie on the country's own doorstep. ...read more.