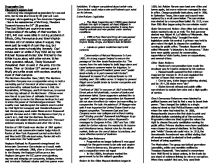 Progressive Era Theodore's square deal - McKinley was inaugurated as president for a second term, but he was shot twice by 28-year-old Leon Czolgosz, while speaking at Pan-American Exposition. - Due to the assassination of McKinley, Theodore Roosevelt became the 26th US president. The Coal Strike Hard coal mines were irresponsible of the safety of their workers. In 1901, 441 men were killed in mining accidents in Illinois, Ohio, Pennsylvania and West Virginia. Workers did not receive raises in wages; they were paid by weight of coal they dug, but companies were not weighing honestly. Coal miners went on strike in May 1902 led by John Mitchell. Roosevelt invited John Mitchell to the White House along with other miners. When mine operators refused, Teddy Roosevelt threatened them to send in the army into the mines. Then on October 13th owners gave in finally and strike ended with workers receiving most of their demands The Northern Securities Case (1904) The Northern Securities Company was a corporation set up to hold a controlling part of the stock of other companies. It was formed by railroad builders James J. Hill, the Rockefellers, J.P Morgan, and E.H Harriman, to control the four big railroad of the Northwest. Citizens were now forced to pay fares of railroads. He used the issue skilfully to revive the Sherman Antitrust Act and to show the power of the federal government. The wealthy men had disrupted the nation's stock market by their fight for monopoly and therefore Roosevelt had the company sued under Sherman Act. Roosevelt pushed the case and in 1904 the Supreme Court, by a vote 5 to 4, held that the Northern Securities Company did violate Sherman Antitrust Act. ...read more.

Taft Disappoints the Reformers A high tariff, which protected some American industries and their workers, raised prices for all consumers. In the Republican Party platforms of 1908 Taft and TR had promised "substantial revision" of the Dingley tariff. Soon after presidency Taft called Congress to revise the tariff. The final bill revised by the Senate hardly lowered duties. The Payne-Aldrich tariff was a plain betrayal of party pledges but Taft still signed the bill and even called it the "best tariff ever passed by the republican party" causing Progressives to question their electoral choice. Taft lost complete progressive support by a scandal in a sale of public land. In 1909, an argument arose between Taft's secretary, Richard A. Ballinger, and Chief of the Forest Service, Clifford Pinchot, about a sale of government lands in Alaska to a group controlled by J.P. Morgan and Daniel Guggenheim. Arguments caused by Pinchot persisted causing Taft to fire him, which angered conversationalists, and more importantly TR. The "Insurgents" Revolt The Ballinger-Pinchot affair and the Payne-Aldrich tariff persuaded them that Taft was a 'tool of the interests". They decided to become "insurgents" and strike on their own. First they attacked the Speaker of the House, Joseph G. Cannon. A bill passed that made Cannon dictator of the House, but the insurgents managed to strip him of his power. When Taft asked to create an act to increase the power of the Interstate Commerce Commission over railroads, the insurgents moved to make the act even stronger. By the Mann-Elkins act (1910), they extended the ICC's powers. The Royal Process of Theodore Roosevelt When Taft took office, Roosevelt sailed for a long hunting trip in East Africa, to avoid any sign of wishing to control Taft. ...read more.

Woodrow Wilson had been re-elected by an electoral vote of 277 to 254. Women and the Nineteenth Amendment Beginning in early 1917, a group of militant suffragists began urging Woodrow Wilson to give women the right to vote. They called themselves the "Silent Sentinels," women stood at the White House gates for months. At first he was amused but in late June 1917, six women were arrested. All the women were charged with "obstructing traffic." The movement had been growing for decades, which led Wilson to begin modifying his position. This was embarked during World War I, which would bring the president fully behind efforts to secure a federal amendment for women's suffrage. Women embraced the war as an opportunity for women to earn the vote through their patriotism. The Senate rejected women's suffrage by two votes. The Nineteenth Amendment would have to wait until 1920, after the war was already won. Haymarket Riot (May 4th 1886) Rioters protested in order to shorten work day and increase pay. Homestead Strike (June 30th 1892) Henry C. Frick announced 20% wage cuts, workers then went on strike and won a battle against Pinkerton agents. Workers thought they won, but company later began hiring non-union workers, and went on with cutting wages and increasing work day. Plessy vs. Ferguson (1896) Court ruled that segregation was legal in all public places as long as equal quality facilities were provided. W.E.B Du Bois Set out to make African American's proud of their colour Booker T. Washington Well-educated and famous orator and black civil rights leader. Lincoln Steffans U.S. journalist, lecturer, and political philosopher, a leading figure among the writers whom Theodore Roosevelt called muckrakers. Susan B. Anthony Women's rights advocate and suffragette and was commemorated on the American Dollar ...read more.