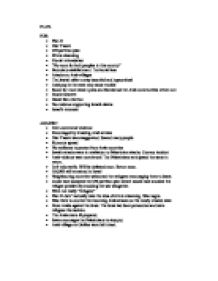 To what extent is there validity to Ilan Pappes argument that the Palestinians were victims of a deliberate Israeli policy of ethnic cleansing in 1948?

PLAN- FOR: * Plan D * Dier Yassin * UN partition plan * Ethnic cleansing * Zionist intimidation * "No room for both peoples in this country" * Boundary establishment. Territorial loss * Attacks on Arab villages * The Jewish offer to stay deceitful and hypocritical * Arab pop in the state may cause trouble * Room for more Jews Lydda and Ramla had the Arab communities driven out * Moshe Sharettt * David Ben-Gurrion * No evidence supporting Israeli claims * Israel's interests AGAINST: * Inter-communal violence * Encouraged by invading Arab armies * Dier Yassin was exaggerated. Scared many people * Rumours spread * No resilience to protect from Arab countries * Jewish attacks were in retaliation to Palestinian attacks. Convoy incident * Arab violence was more brutal. The Palestinians anticipated the same in return. * Left voluntarily. Will be defeated soon. Return soon. * 156,000 still remained in Israel * Neighbouring countries welcomed the refugees encouraging them to leave. * Could have accepted the UN partition plan which would have avoided the refugee problem by avoiding the war altogether. * Were not really "refugees" * Plan D didn't actually state the idea of ethnic cleansing. Was vague. ...read more.

All of these quotes support the want of the Arabs out of the country and the keen desire to keep it that way. There are also towns with evidence showing the deliberate expulsion of the Arabs from those areas. The well heard examples of Lydda and Ramala, as seen in source O as well as in source S, where 'ethnically cleansed' "in response to direct decisions by Israeli leaders". These show clearly that the Arabs were forced out of their country for the interests of Israel. The Israeli leaders had a clear aim to expel the Palestinians and make Israel an all-Jewish state without any interference. On the other hand, we have evidence showing that it was not entirely the Jews who were responsible for the refugee crisis. Many of the Palestinians were actually afraid of the inter-communal violence taking place and not the persecution by the Jews [Source B]. The war had brought about a lot of enmity between the two races and this lead to violence taking place. However, though this is true to a great extent, the Jews took this violence into their own interests to drive out the Arabs in many cases. ...read more.

"The Palestinian exodus had by this time assumed its own dynamic" and the turn of event coincidently were in favour of the Israelis. Plan D was also a plan "to counter the expected pan-Arab assault on the emergent Jewish state." [Source O]. The uncertainties and fear created during this period added to the cause of departure of the Palestinians. The refugee crisis is a delicate matter for both the Jews as well as the Arabs. Blame cannot be entirely put on either of the groups, as there were many outside factors resulting to this political quagmire. Strong arguments can be held from either perspective, but one has to accept that history is shaped by individual perspectives and each source would be lenient to either side. As said by Mark Tessler "In the face of incomplete evidence and conflicting claims... there is no single cause of the Palestinian refugee problem and accordingly, that there is a mixture of fact and propaganda in both the Arab and Israeli arguments." One has to take a self-evaluated stand and till there is more evidence available, we can only hope these are morally correct. ...read more.