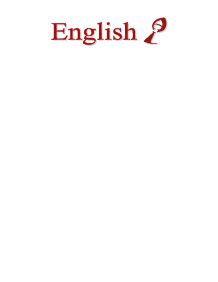 Sexual Relations: The Fertility of Treachery

Sexual urges in human beings is one of the highest rated uncontrollable act that man has come across in search for knowledge. Sexual thirst as one may call, has been the cause of many marital problems and has also lead to the dichotomizing of couples. Its genesis occurs in many ways, one being 'Adventure'. In the works of Mariama B� and Anton Chekhov, precisely in So Long a Letter and A selection of short stories, we see the thirst causing a negative effect on the spouse. Once the treacherous act is committed it leads to suffering of those involved. In So long a letter, Moudo Fall, Ramatoulaye's husband, is a happy man who loved his wife and family until his attention was diverted to another woman. The rupture of his marriage began when his daughter, Daba started bringing home her friend, Binetou, a gorgeous young lady but not as financially well of as Daba. "Her beauty shone, pure. Her shapely contours could not but be noticed" 1 "Binetou, incontestably beautiful and desirable!, 'Bewitching' people admitted." 2 The above two quotes show how beautiful Binetou was. Moudo being a man was attracted to her and because of his sexual thirst got into an affair with her (Sugar Daddy). We see that the attraction to her built up gradually; first he started driving her home after studying with Daba, then came buying ...read more.

'So be it. I'll wait.' 9 The two quotes above really show the dilemma she is going through. She wants to satisfy herself but also hide it from her husband. Thus if we interpret the real meaning for her visit, we see the determination to satisfy her sexual thirst made her commit adultery and in essence betray her husband. Her husband is truly shocked to see her return to him from the direction of the allotments where only Savka lives. Agafya's one act of sexual satisfaction caused her to betray her husband. To me the mere fact that she is young and newly married shows the eagerness she had to satisfy her thirst and her determinism in waiting for Savka to return shows how sexual relations are a fertility to treachery. In So Long a Letter we also see Jacqueline the Ivorian. She has disobeyed her parents and married Samba Diak. This to me was the biggest mistake she made in life. As we learn later her husband started multiple affairs and was in no way bothered to hide it. As other men in the novel he was looking for "Adventure". The clear act of betrayal was too much for Jacqueline to bear and it had and immediate effect on her health and mind. ...read more.

"It was 'so as not to see his mother die of shame and chagrin' that Mawdo agreed to go to the redez-vous of the wedding night." 14 Personally I think he chose mother over wife because 'blood is thicker than water', "And did he really want to fight, to make a gesture of resistance? Young Nabou was so tempting..." 15 From the above quote, I put myself into question. Why did mawdo do this? Was it to obey his mothers will or was it to get more variety. If it is the latter then he betrayed his wife. But if it was to obey his mother due to authority, then he is justified in what he did. I have assumed that he did not know that the real reason his mother got him married to Nabou is unknown to him. But if he knew about it and he still married Young Nabou, then he has definitely betrayed his wife. Looking at both these texts, I would conclude that in some ways Sexual Relations are a Fertility of Treachery and a cause to suffering. After analysing the texts, I have come to see that, there are other factors too that can cause dichotomising of couples and suffering. I therefore think it truly depends on the people and the environment a couple lives in; if Binetou was not in the same school as Daba, Ramatoulaye would still have Moudo as her husband. ...read more.