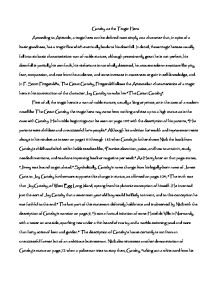 Gatsby as the Tragic Hero According to Aristotle, a tragic hero can be defined most simply as a character that, in spite of a basic goodness, has a tragic flaw which eventually leads to his downfall. In detail, these tragic heroes usually fall into six basic characteristics: man of noble stature, although preeminently great he is not perfect, his downfall is partially his own fault, his misfortune is not wholly deserved, he arouses solemn emotions like pity, fear, compassion, and awe from the audience, and some increase in awareness or gain in self-knowledge, and. In F. Scott Fitzgerald's, The Great Gatsby, Fitzgerald follows the Aristotelian characteristics of a tragic hero in his construction of the character Jay Gatsby to make him "The Great Gatsby". First of all, the tragic hero is a man of noble stature, usually a king or prince, or in the case of a modern novel like The Great Gatsby, the tragic hero may come from nothing and rise up to a high status as is the case with Gatsby. His humble beginnings can be seen on page.104 with the description of his parents, "His parents were shiftless and unsuccessful farm people." Although his ambition for wealth and improvement were always in his mindset as is seen on page181through 182 when Gatsby's father shows Nick the book from Gatsby's childhood which within holds resolves like, "Practice elocution, poise, and how to attain it, study needed inventions, and read one improving book or magazine per week." ...read more.

At that time Nick is unaware of Gatsby's hopes and obsession to be with Daisy, hence the symbolic meaning of the green light, her. Later in the novel, on page.8, when Jordan tells him of Gatsby's past with Daisy Nick states about Gatsby that, "He came alive to me, delivered suddenly from the womb of his purposeless splendor." The house, the parties, and the green light all came alive to him and he sees the importance of Daisy in his life. Jordan, on that same page, states that, "Gatsby bought that house so that Daisy would be just across the bay." The parties, as also stated by Jordan on the next page, were in hope that Daisy would, "wander into one of his parties, some night, but she never did." And the wonder of the green light was as previously showed by the quote on page.26 consuming Gatsby's life and purpose, and that is seen with the body language of his trembling hands stretched outwardly. Furthermore, Gatsby's love for Daisy is not for the living one but for the 18-year old one back in1917. He is stuck in the past and refuses to leave it, this is seen, on page.117, when Nick notes that Gatsby, "talked a lot about the past and I gathered he wanted to recover something, some idea of himself perhaps, that had gone into loving Daisy." Another instance is after the party that Daisy goes to Gatsby asks Nick to stay and wait until he was free, then he proceeds to tell ...read more.

It also applies to all the people that attended his parties and although Nick tried very hard to get people to come nobody arrived at the funeral. These factors increase the solemn emotion felt for Gatsby. While, Gatsby follows 5 out of the 6 characteristics of the tragic hero there is one he does not follow: An increase in self-knowledge. On page.155, this can be made out when Nick tells him to leave because he privately understands that Daisy is not going to leave Tom for him, but Gatsby will have none of it, it states, "He couldn't possibly leave Daisy until he knew what she was going to do. He was clutching at some last hope and I couldn't bear to shake him free." This last characteristic is not achieved as I believe because Gatsby's love for Daisy is a specific version of the American Dream to Gatsby, and therefore I think it is a conscious decision on Fitzgerald's part for the larger and connecting symbol of the American dream never ceasing, as stated on the last page of the novel, "Gatsby believed in the green light, the orgastic future that year by year recedes before us. It eluded us then, but that's no matter-tomorrow we will run faster, stretch out our arms farther....And one fine morning------So we beat on, boats against the current, borne back ceaselessly into the past." Thus, to make Gatsby "Great" Fitzgerald utilizes the Aristotelian characteristics of a tragic hero in his construction of the character Jay Gatsby in F. Scott Fitzgerald's, The Great Gatsby. ...read more.