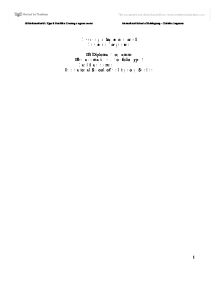 A logistic model is expressed as:

The growth factor r varies according to un. If r=1 then the population is stable.

1.   A hydroelectric project is expected to create a large lake into which some fish are to be placed. A biologistestimates that if 1x104 fish were introduced into the lake, the population of fish would increase by 50% inthe first year, but the long-term sustainability limit would be about 6 x104. From the information above, write two ordered pairs in the form (u0, r0), (u0, r0) where Un=6x104. Hence, determine the slope and equation of the linear growth in terms of Un

As Un =6 ×104 , the population in the lake is stable. Thus from the definition of a logistic model, r must equal to 1 as un approaches the limit. If the growth in population of fish (initially 1 ×104 ) is 50% during

the first year, r must be equal to 1.5. Hence the ordered pairs are:

Plot of population U n versus the growth factor r 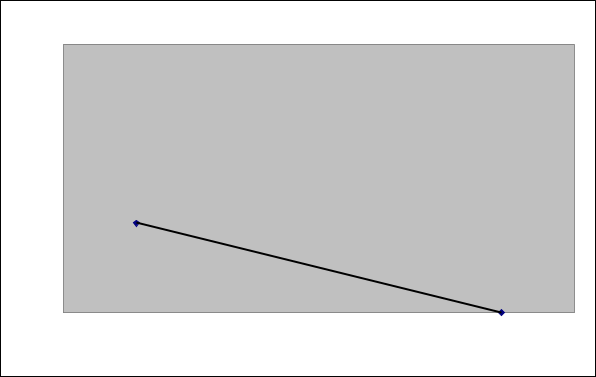 Figure 1.1. Graphical plot of the fish population Un versus the growth factor r of the logistic model un+1  =run

The slope of the trend line in figure 1 is determined graphically.

Hence the equation of the linear growth factor is:

The logistic function model for un+1 is:

Table 4.1. Growth factor r=2.9. The population of fish in a lake over a time range of 20 years estimated using the logistic function model

Estimated magnitude of population of fish of a hydrolectric project during 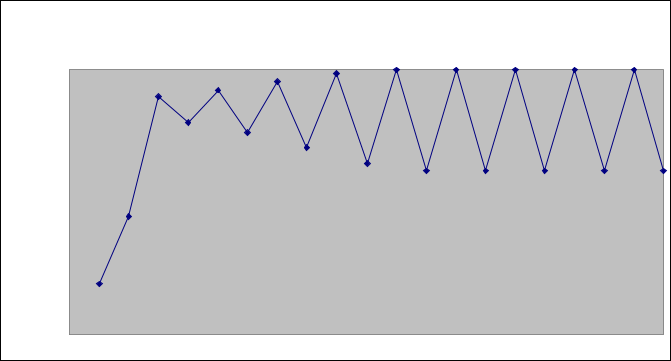 Figure 5.2. Growth factor r=2.9. Graphical plot of the fish population of the hydroelectric project on an interval of 20 years using logistic function model {11}.

With a considerably large growth rate, r=2.9, the long-term sustainable limit is reached after already 3 years, and since this limit cannot be surpassed over a long time, the fourth year is characterized by a drop in population (ie. the death of roughly thirty thousand fish), followed by a demographic explosion. This continues on until two limits are reached, with a maximum and a minimum value. Hence a dynamic systemis established. Instead of an asymptotic behaviour it goes

from the maximum to the minimum [between the very low (4.19x104) and the excessively high

As previously explained, the population cannot remain that high and must thus stabilize itself, yet

this search for stability only leads to another extreme value. The behaviour of the population is opposite to that of an equilibrium in the population (rate of birth=rate of death)

a.   An external factor increases the mortality of the population.

b. The fish reproduced at a higher rate than the model predicts.

Also, one has not taken into account that despite the model having the long-term sustainability limit at

about 6x104, several factors could change this:

∙        Human action such as contamination of the habitat.

∙        Other aquatic vertebrates2 that might be positioned higher in the food chain, and could disturb the stability by consuming the studied fish’s own source of food.

sustainability limit, which in a non-ideal situation probably would change.

∙        Overpopulating the lake in the first year leads to the death of all fish by the end of year one. The model is built for u1=1x104 fish, yet say one introduced one million fish in the lake (ignoring the capacity of the lake):

∙        Populations that reproduce at a very high rate (ie. r=2.9) result in a dynamic limit (with two values instead of a stable limit with only one value) of fluctuations between the extrema, first from the maximum towards the minimum in only one year. This opposes the asymptotic behaviour predicted when the growth factor is smaller.

9x103 fish may take place unless extinction of the population is desired.

∙        When the harvesting is set at constant value of 8x103, initial populations below a specific value

will grow in magnitude until approaching that value, while initial populations above that value (yet not above a certain limit as overpopulation causes death as well) lead to a decrease in magnitude

until approaching the same limit.