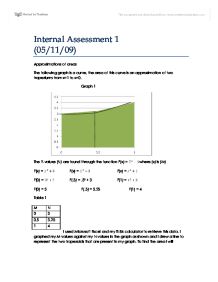 Approximations of areas The following graph is a curve, the area of this curve is an approximation of two trapeziums from x=1 to x=0.

The following graph is a curve, the area of this curve is an approximation of two trapeziums from x=1 to x=0. 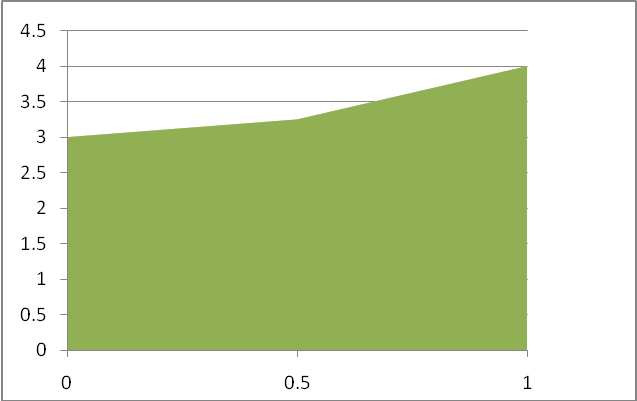 The Y-values (N) are found through the function F(x) =

I used Microsoft Excel and my Ti-84 calculator to retrieve this data. I graphed my M-values against my N-values in the graph as shown and I drew a line to represent the two trapezoids that are present in my graph. To find the area I will calculate The area of each trapezoid and then add them to retrieve the area of the graph.

M is obtained depending on the number of trapeziums in a graph. I will show a function to obtain this method during my general statement where you will be able to observe this data.

The area of a trapezium is as shown.

where Y1 and Y2 are the parallel sides and ‘x’ ‘in this case’ is the base of width. For the first set of trapeziums I will not round unless the Ti-84 does it, so that I can keep my answer a little more precise.

The approximation under the curve using 10 trapezoids is approximately 3.335 units2

We notice that although they don’t differ by much, they do decrease as the number of trapeziums increase. And this makes sense. Let’s go back to the first graph. Now as you can see we are actually trying to find the area of the graph under the curve(the black line). But using trapeziums, we end up calculating a little over it as well, though the approximation is close, it cannot be exact. 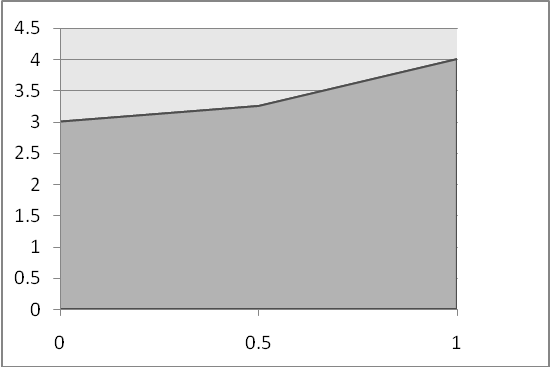 Now if we take four trapeziums instead of 2,less of the outer area is calculated because the lines drawn from one f(x) value to another is not as high, and is therefore more minimal. 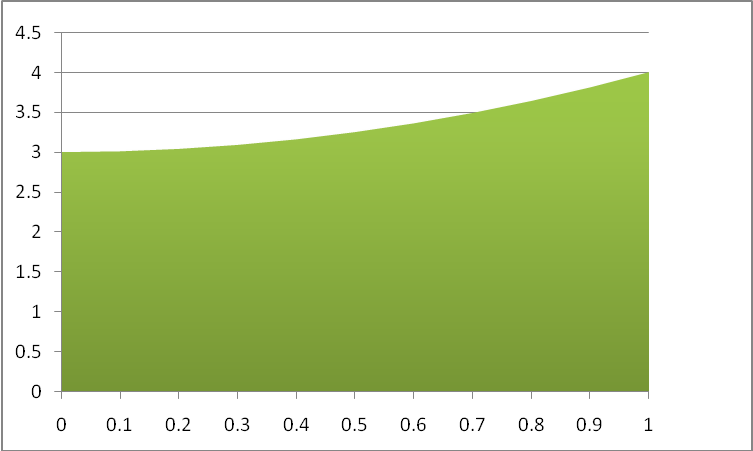 The trapezoids here are much more fit for the curve and will therefore give you a much better estimation. Using this theory we can conclude that as the base width gets smaller, or the number of trapeziums gets higher, we will receive a better estimation, and to get an exact answer we must have w width of basically 0.

It is wrong to get a negative integral since we are calculating the area.

All calculations were done using Ti-84.

The following will describe how the Ti-84 was used to perform the functions and find the area from section ‘Equations vs. Ti-84’. I will show it according to the first problem, Y1.

I went first to ‘Y=’ and typed in my equation,

After that I pressed ‘2ND’ and ‘Trace’ to get to ‘CALC’. I went to option ‘7’ which is the integration function. After I clicked that it took me back to the graph where I typed in my end points.

I used Paint to create the following screen shots of the process described above. 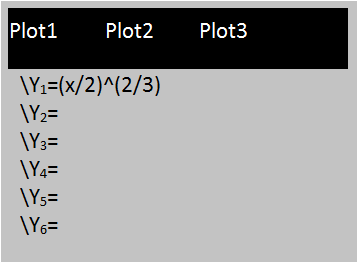 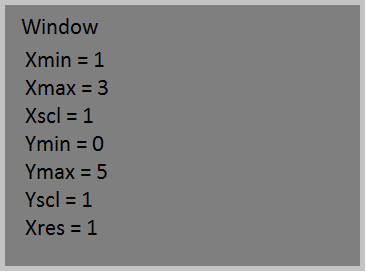 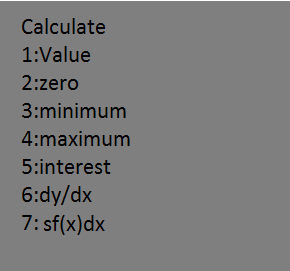 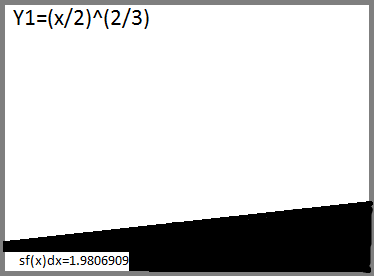