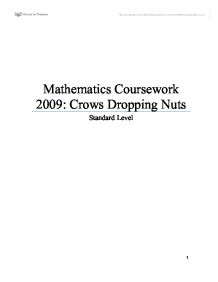 The following table shows the average number of drops it takes to break open a large nut from different heights.

The following line graph, portraying the above table, shows us the number of drops by the height for each drop. 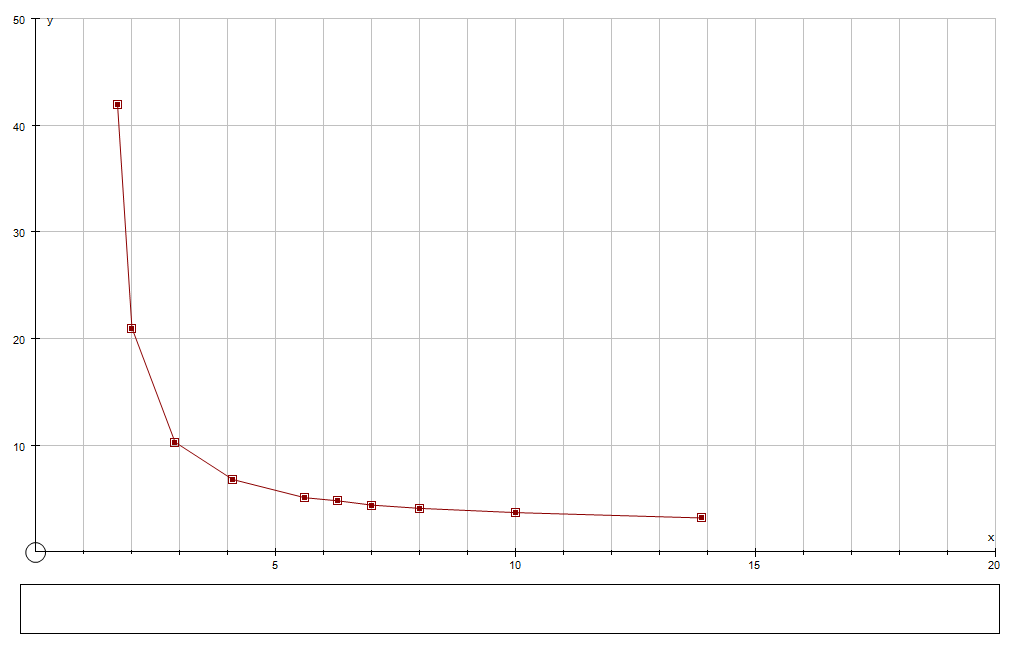 A parameter that can be stated is that in the above graph, there are asymptotes on both the 𝒙 and 𝒚 axes. This means that this graph isn’t exact, where there can be an unlimited number of possibilities for the values on the axes. 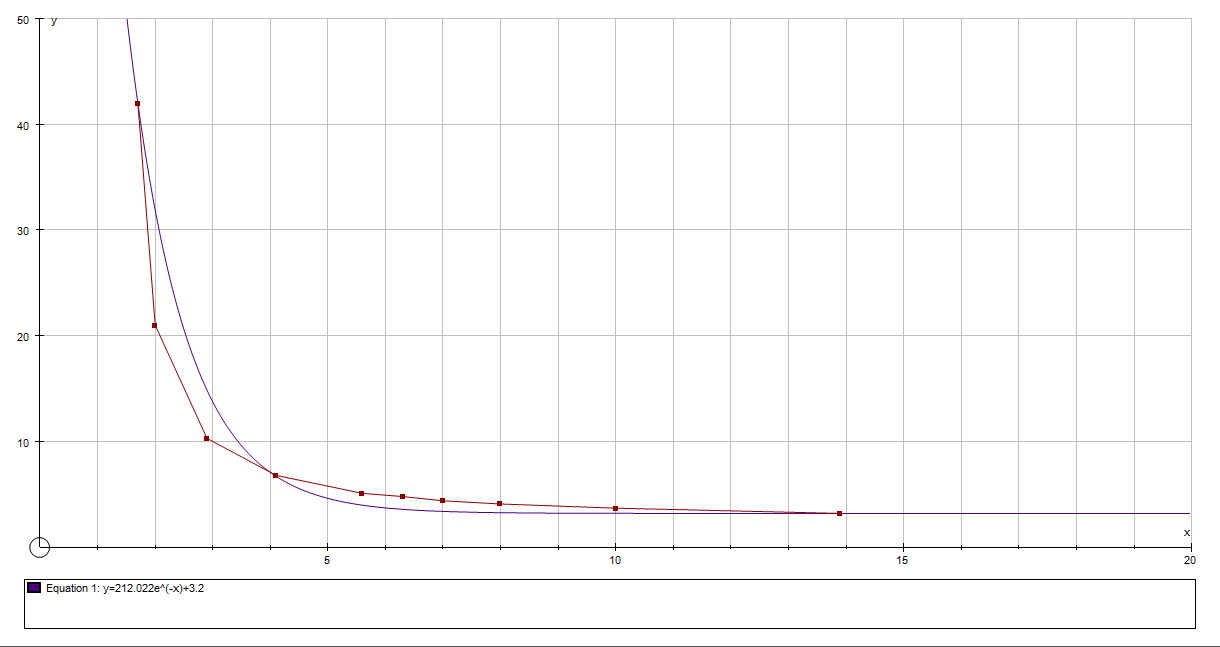 By using the method of trial and error, we will estimate an approximately accurate model to the original ‘large nut’  graph. We will manipulate the function by using the following format: 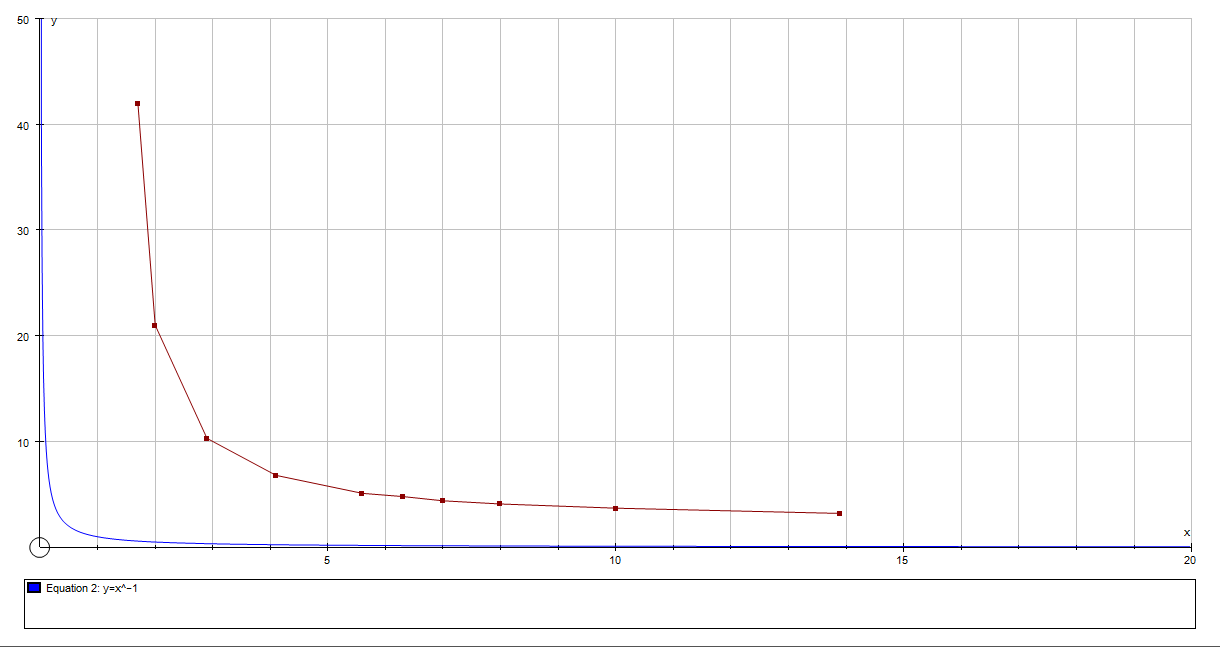 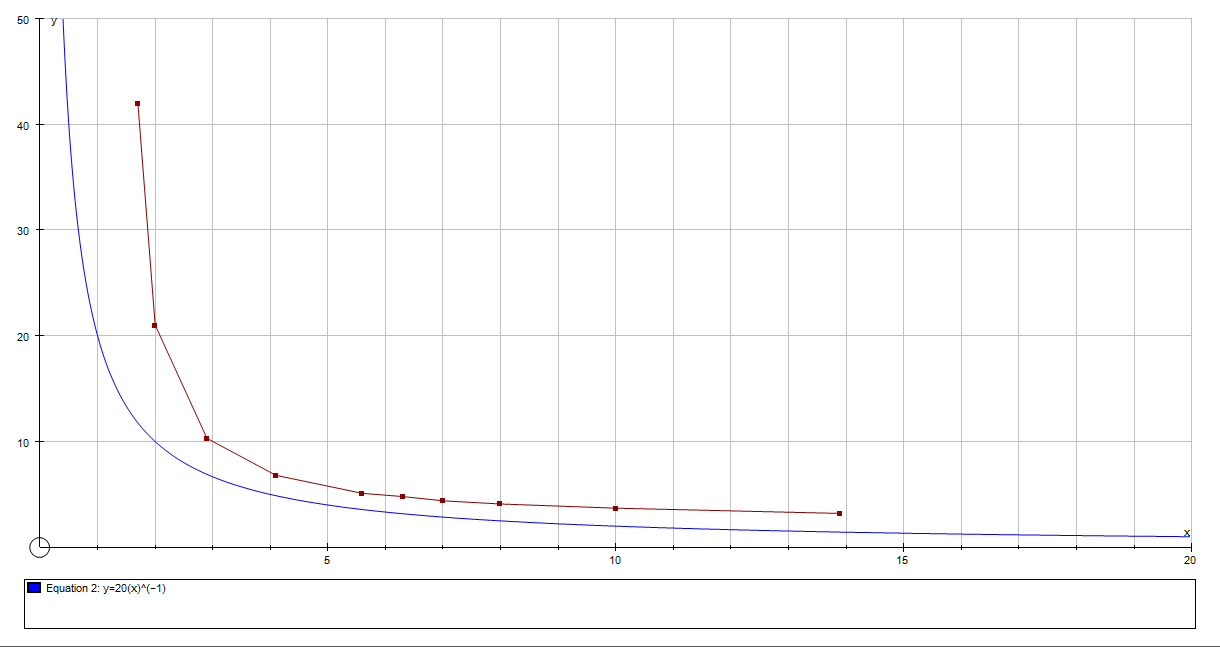 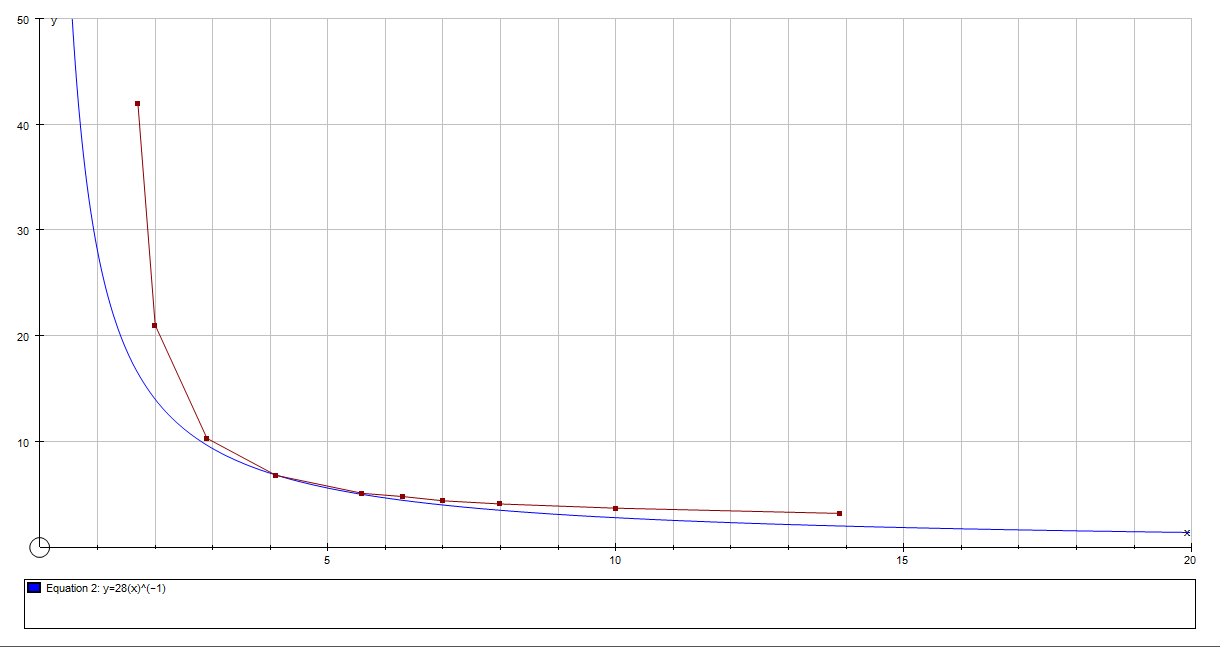 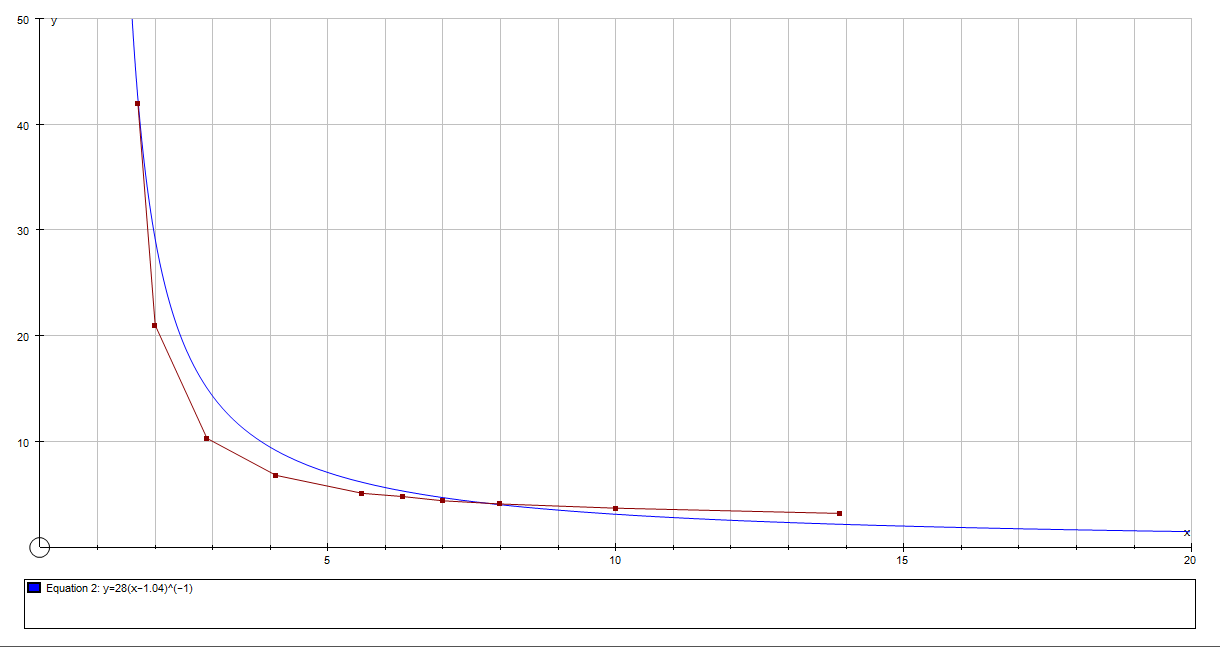 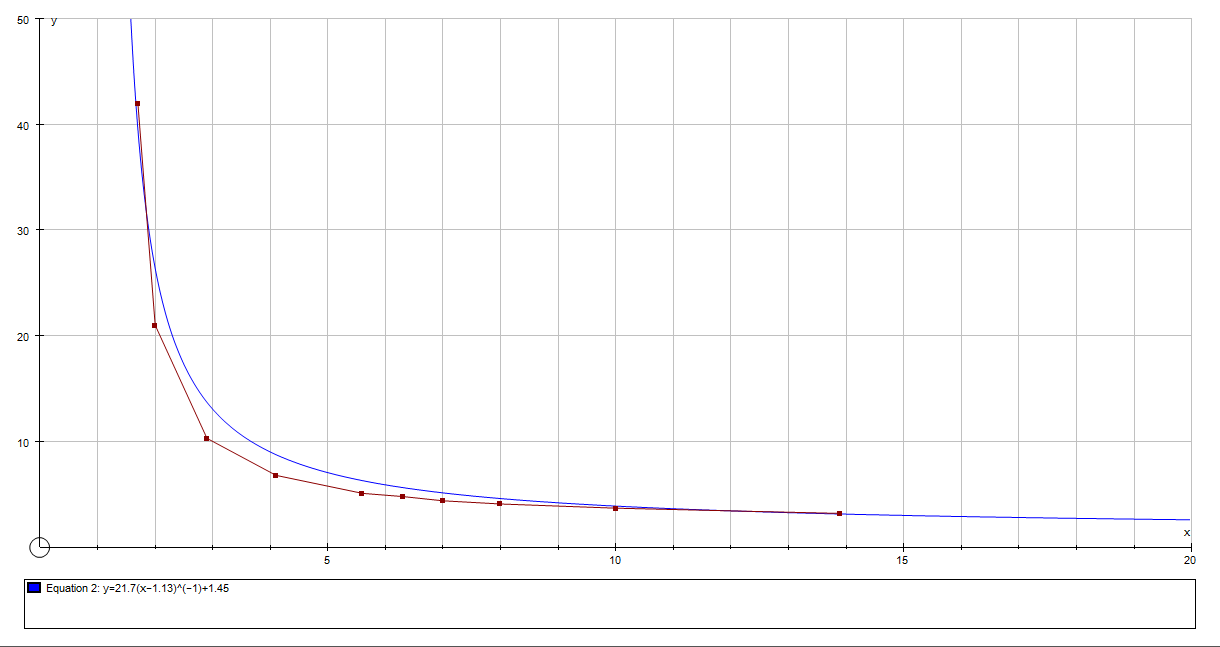 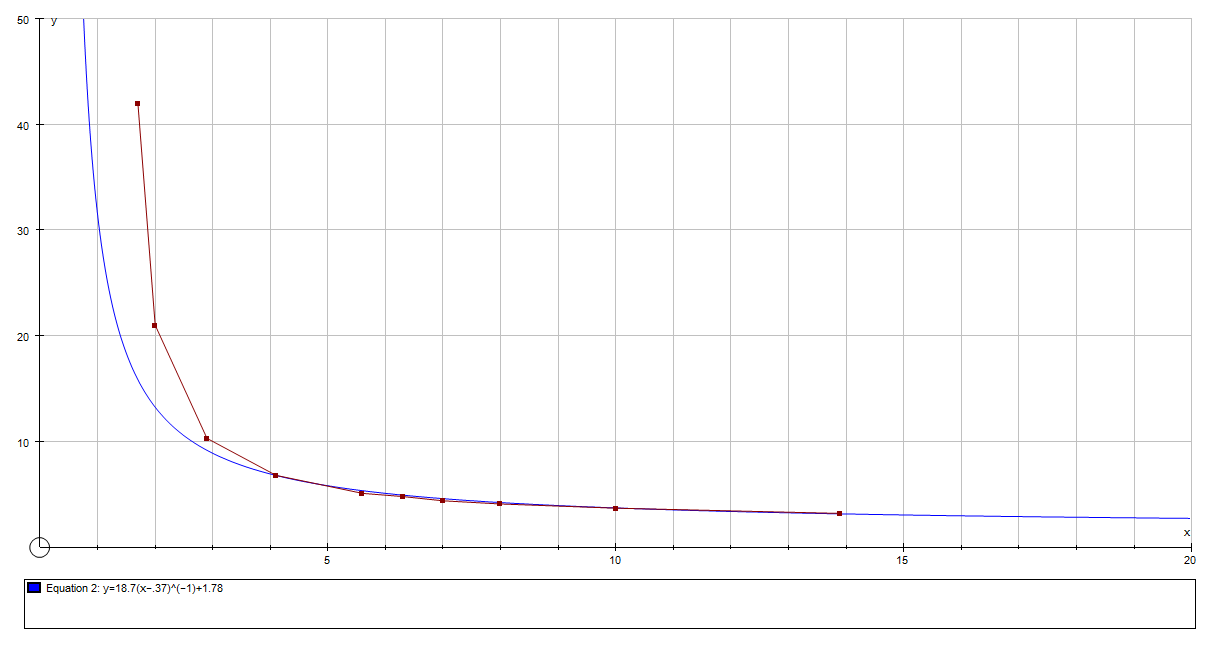 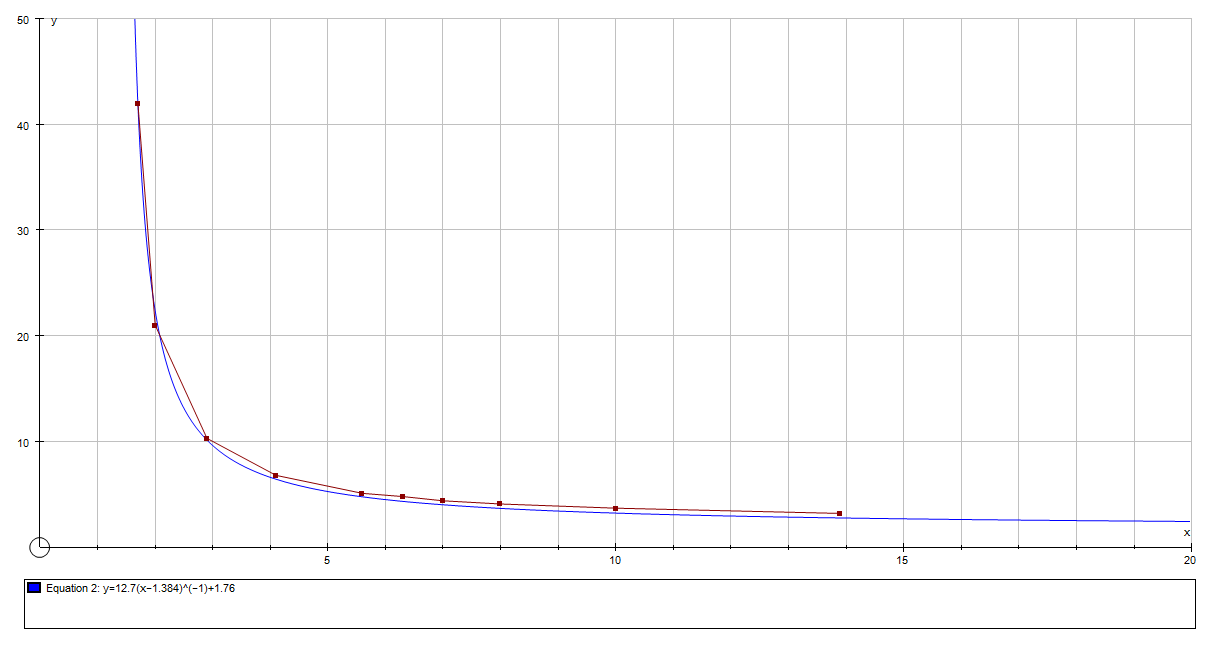 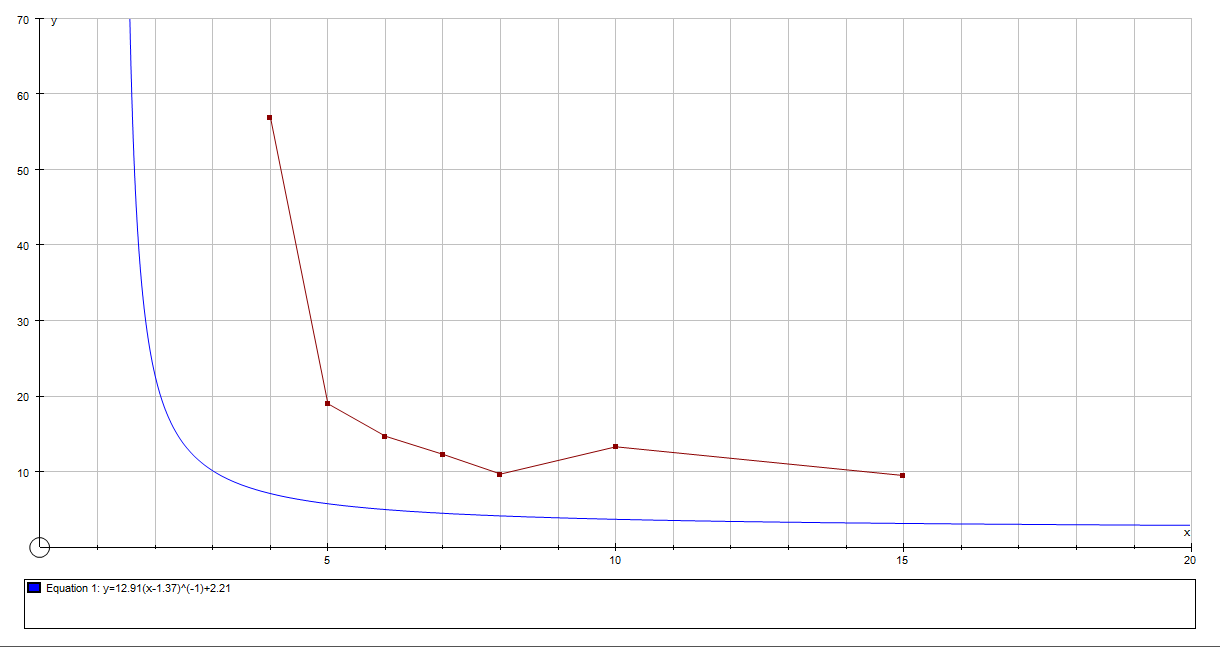 We will manipulate the graph (via the trial and error method) by manipulating the function in the 𝒚=,𝒄(𝒙+𝒅)-−𝟏.+𝒆format. 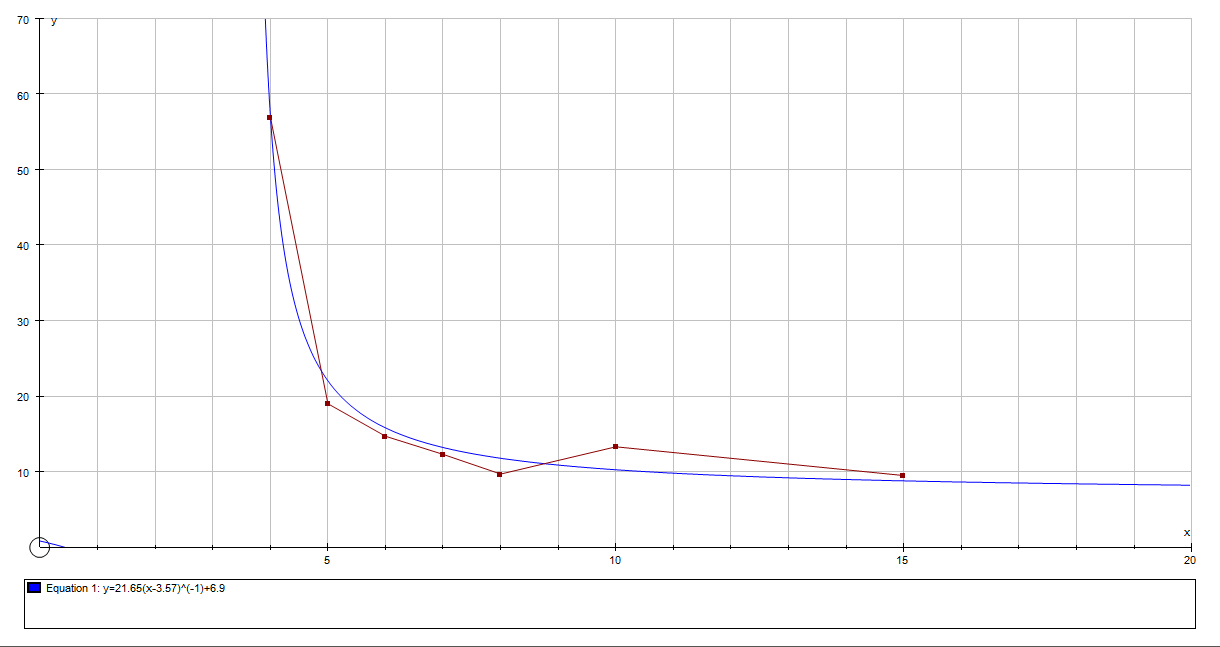 We are only able to get the general shape because of the structure of the original data points, which does not make very accurate. The limitations of the model is that it is done by trial and error. So it will never be exact no matter what we do to improve it. Also, because of the irregularity of the line graphs of the small and medium nut graphs, the models will never be able to fully replicate them. The medium and small nut graphs are not real curves, and because the models that have been created will always be curves, it will be impossible to create an ideal graph.

The function 𝒚=𝟏𝟐.𝟗𝟏(,𝒙−𝟏.𝟑𝟕)-−𝟏.+𝟐.𝟐𝟏 does not particularily depict the medium and small nut graphs very well. However, by using the method of trial and error, we have been able to manipulate the graphs into the general shape of the original graphs. As said earlier, an ideal graph will never be created, but by this method the slope, area under the curve, and other properties will be similar to that of the originals’. A limitation is that the graph will continue almost straight up. In reality and in the medium and small nut graphs, as the height of the drop (𝒚−𝒂𝒙𝒊𝒔) decreases so will the number of drops (𝒙−𝒂𝒙𝒊𝒔). In this case, the models will never work.